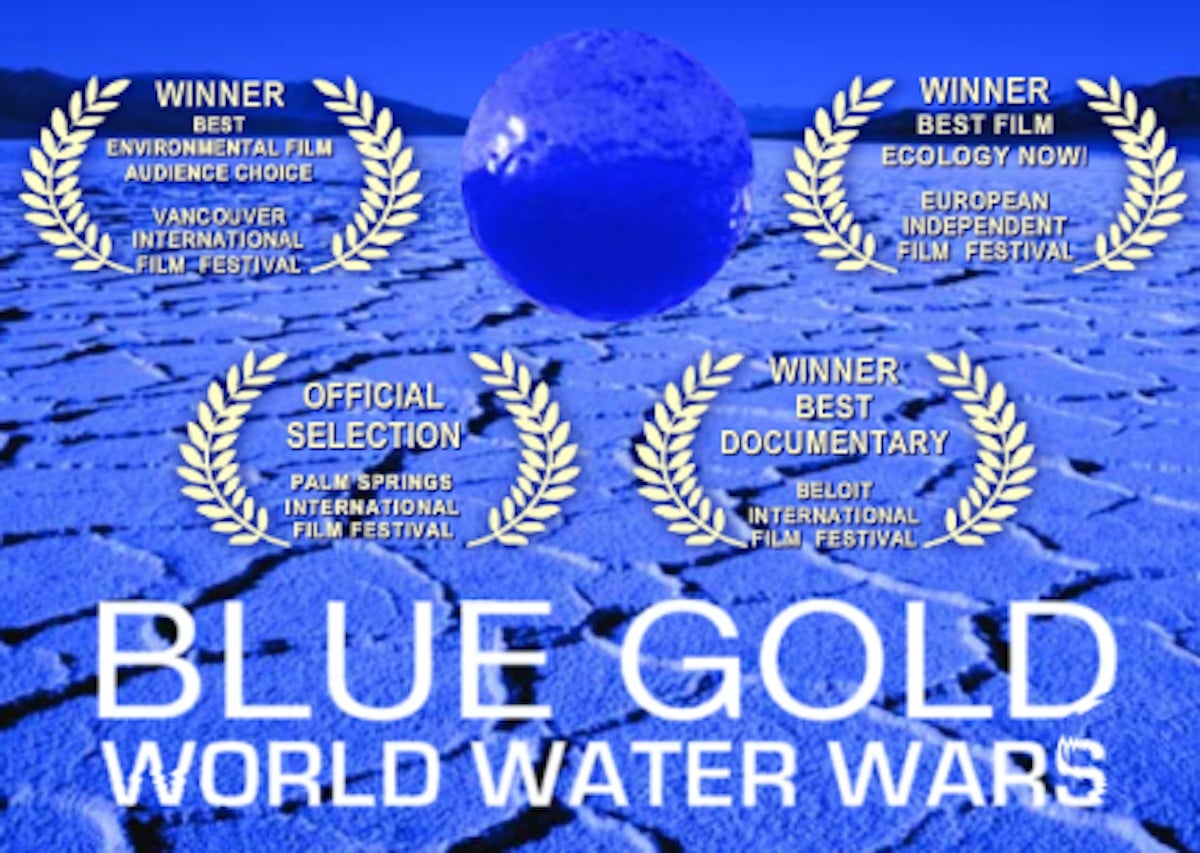 Earth Day, happening April 22, is a great reminder for all of us to learn more about the environmental costs of our behaviors like food waste or fast fashion. To offer readers some inspiration, the EcoWatch team rounded up our top picks for films to watch. So, sit back and take in one of these documentaries.

Summary: Filmmaker Andrew Morgan’s documentary The True Cost takes an eye-opening journey that explores the horrific impacts fast fashion has on human beings and the planet. Consumer demand for cheap and “fast” clothing comes with a different kind of cost. Light is shed on labor-rights abuses in developing countries, far-reaching environmental pollution and the tragic connection between the fashion industry’s demand for genetically modified cotton and high suicide rates among Indian farmers.

Staff Note: As organic and local labels on food become more and more important to people, I hope the same awareness can become more prevalent for perhaps a pair of blue jeans. I recommend this film with the hope that this documentary leaves you thinking about the brands you buy and the environmental costs of fast fashion.

Film: The Gleaners and I

Summary: Pioneering French director Agnès Varda recently passed away at the age of 90. Her 2000 documentary The Gleaners and I follows France’s modern gleaners, from unemployed caravan-dwellers who gather potatoes discarded after the harvest to urban dumpster divers, and artists who make work from discarded trash. Without making any overt statements, the film exposes the contemporary culture of food and material waste that its subjects all find large and small ways of resisting.

Staff Note: Watching this haunting, playful movie is the perfect way to honor Varda’s legacy, while celebrating the spirit of Earth Day. Varda is honest about the environmental and human consequences of the waste she documents, but her camera work also shares her subjects’ delight in the things they find. The film slyly models a better way to live, one that seeks and finds value in all things. “They’re still very much alive,” artist Hervé tells Varda of the found objects he uses in his work. “All you have to do is give them a second chance.” You can purchase or rent the film on YouTube or GooglePlay, or stream it on Amazon.

Summary: For 13 years, wildlife activist Timothy Treadwell lived among grizzly bears in the Alaska wilderness. The exuberant and self-professed “kind warrior” shot more than 100 hours of video to celebrate and advocate for the animals he believed were endangered by poachers. Werner Herzog’s documentary follows Treadwell’s seemingly extraordinary sense of kinship with the bears, which ends tragically with a fatal attack by one he had grown over the years to consider his “good friend.”

Staff Note: This beautiful and disturbing film, available on YouTube, highlights one of the main challenges of wildlife conservation — must we consider animals “friends” in order to value their lives, or can we coexist at a healthy distance, with fear and respect? Despite Treadwell’s conviction that he had bonded with the “misunderstood” bears, Herzog said, “I see only the overwhelming indifference of nature.” I often remember this film while on nature hikes in the habitats of black bears and alligators.

Summary: Directed by Sam Bozzo, this award-winning documentary released in 2008 is based on the book Blue Gold: The Fight to Stop the Corporate Theft of the World’s Water. The film includes interviews with the book’s authors, Maude Barlow and Tony Clarke, as well as water experts, activists, and citizens in communities affected by water privatization. Blue Gold explains why we are running out of water, why we must ensure that water is a human right and not a commodity, and what we can do about water scarcity.

Staff Note: We all need water to live. This film is informative in many ways, including its emphasis on who owns and controls our water, and what that means for our future. “Profit is made out of the running of, and the delivery of, water to people and to communities. Those that have the ability to pay will have access to the water. Those who do not have the ability to pay will go without,” says Clarke in the film. “Therefore it’s a life and death situation.” Watch the film on YouTube to learn more about this important issue.

Film: What the Health

Summary: What the Health, the sequel to Cowspiracy, exposes the corruption in our current public health crisis. 350 million people worldwide have diabetes, and in the U.S. one out of four deaths are from cancer. Yet, as writer and producer Kip Anderson points out, many chronic illnesses can be prevented and in some cases reversed, but these solutions seem to be kept secret. In a behind the scenes look, Anderson approaches some of the most trusted non-profits such as the American Diabetes Association and the American Cancer Society and uncovers the answers as to who is behind the status quo of a system that keeps people sick.

Staff Note: The most shocking exposé is when Anderson interviews the American Diabetes Association and asks why recipes containing red and processed meat are listed on their website. Anderson points out studies that prove only one serving per day will increase risk for diabetes by 51 percent. The adventure this mind-opening film undergoes can help us all to more positive health outcomes. Watch the film on YouTube.