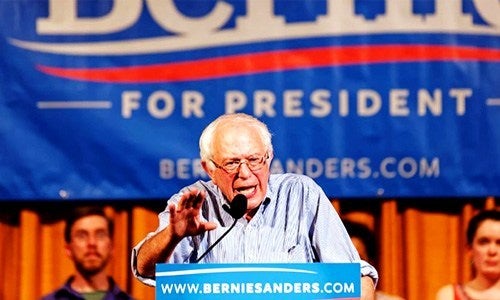 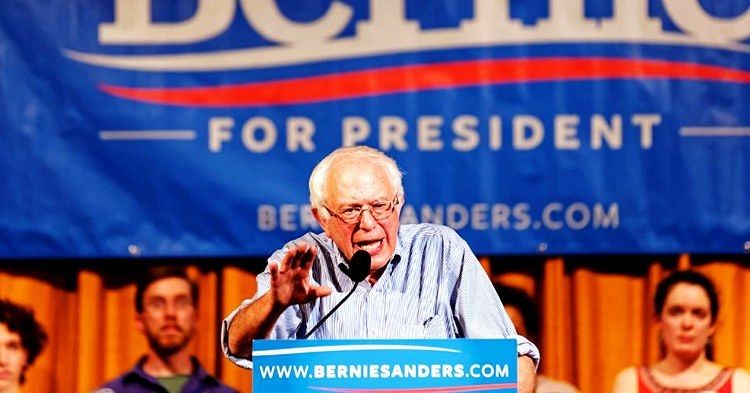 Sanders’s “ideas for rebuilding the American middle class and taking on the billionaire class are resonating here in Iowa and across the country,” says one county chair. Photo credit: Michael Vadon / Flickr

“Possibly more worrying for the Clinton campaign is her performance in Iowa,” writes YouGov U.S. and UK assistant editor William Jordan—in that key caucus state, Sanders is now ahead by 10 points, with 43 percent to Clinton’s 33 percent.

The CBS analysis continues: “Even though many Democrats think both Clinton and Sanders would look out for the middle class, voters in New Hampshire and Iowa are relatively more likely to believe Clinton will enact policies favoring the wealthy. A quarter say so in each of those states, while very few think this is true of Sanders. More Democrats say Sanders’ policies would favor the poor than say that about Clinton.”

In both Iowa and New Hampshire, Sanders’ support is strong among both independent voters and those under age 30.

“The more people in Iowa get to know about Bernie the more they like him and what he stands for,” said Stephanie Schwinn, Iowa’s Bremer County Democratic Chair, after a Quinnapiac poll last week showed Sanders surging in the Hawkeye State. “His ideas for rebuilding the American middle class and taking on the billionaire class are resonating here in Iowa and across the country.”

Sanders, for his part, said last week he was “stunned” by how swiftly his populist message has caught fire. “Did I think [the issues] would resonate as quickly as they have?” he asked CNN‘s Wolf Blitzer on Thursday. “The answer is no.”