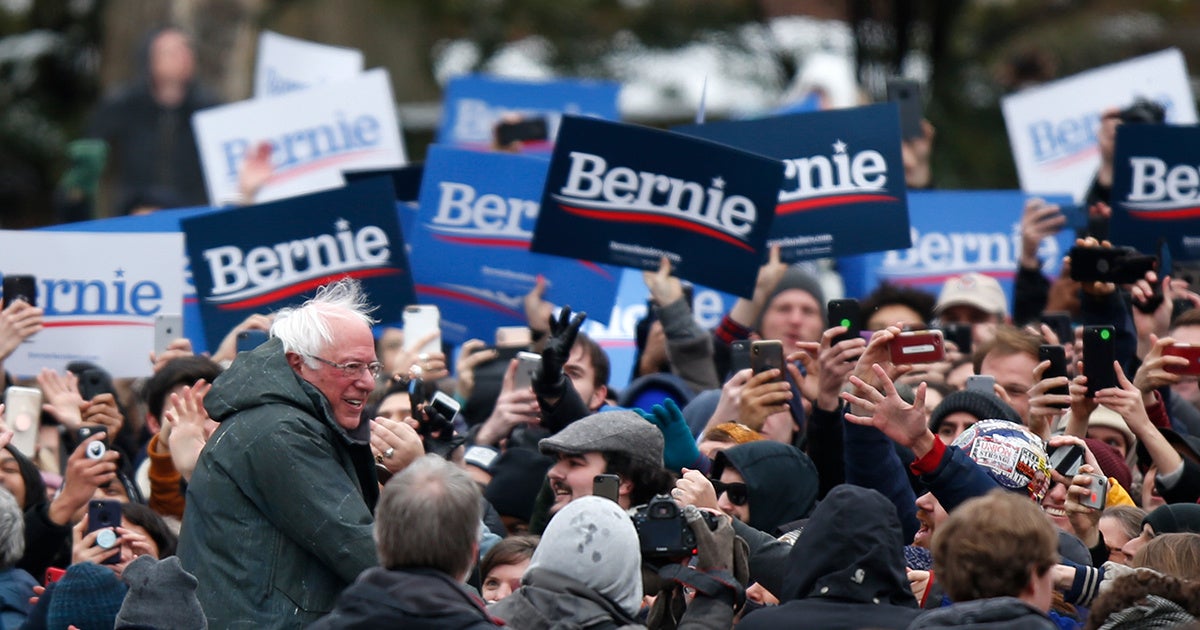 Bernie Sanders has become the first contender in the crowded 2020 Democratic presidential primary field to pledge to offset all of the greenhouse gas emissions released by campaign travel, The Huffington Post reported Thursday.

His move comes as Democratic candidates vie to distinguish themselves on the issue of climate change. Washington Gov. Jay Inslee has made it the NO. 1 focus of his run, and several including Sanders have backed the Green New Deal to transition the U.S. away from fossil fuels while creating green jobs and promoting greater equality.

“Bernie Sanders is a champion in the fight for climate justice and, like him, we know we need to address our emissions through action, not just rhetoric,” campaign manager Faiz Shakir said in a statement reported in full by The Burlington Free Press. “We are proud to lead the way in the fight against climate change by acting boldly to move our energy system away from fossil fuels and towards sustainable energy sources.”

The campaign said that it would partner with the Vermont-based NativeEnergy to offset the costs of travel for Sanders and his staff, as well as the emissions generated by venues and attendees at campaign events. NativeEnergy works to invest in renewable energy and carbon reduction projects.

Sanders also offset the emissions generated by his 2016 primary run, as well as his 2018 run for Senate during the midterm elections. However, he was criticized in 2018 for spending almost 0,000 on private flights to support Democrats in the 2018 midterms. His campaign said it paid ,000 in offsets last year.

Carbon emissions from campaign travel first became an issue during the 2004 election, when the NRDC Action Fund, an affiliate of the Natural Resources Defense Council, began raising concerns about the huge amount of fuel candidates burned crisscrossing the country.

In 2007, former Iowa Gov. Tom Vilsack became the first presidential contender to go carbon neutral. John Edwards followed soon after. By 2008, both Democrat Barack Obama and Republican John McCain “rushed to put themselves on a carbon diet,” according to MSNBC.