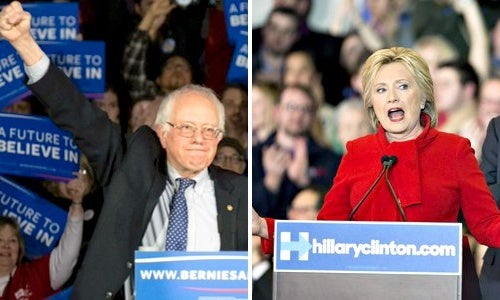 Hillary Clinton and Bernie Sanders made history in Iowa Monday night, ending 2016’s opening presidential nominating contest in an unprecedented virtual tie that shows Democrats may be experiencing an identity crisis as deep as Republicans. 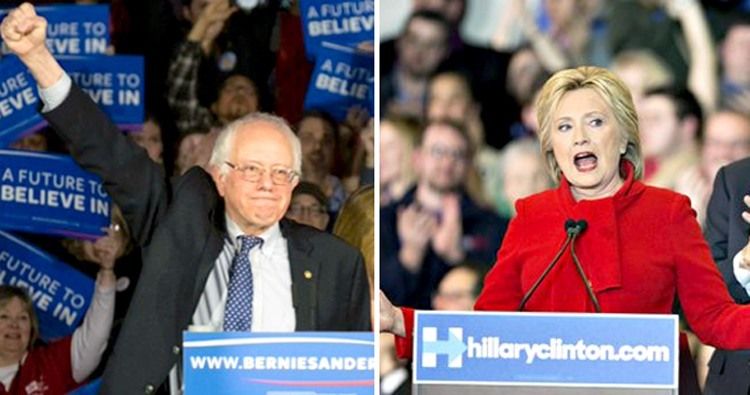 After midnight local time, Clinton appeared to be maintaining the barest of edges to win more delegates than Sanders to the next stage in Iowa’s 2016 Democratic presidential nominating process—county conventions. It was the slimmest of margins—four more delegates out of nearly 1,400 awarded—an all-but tie that defied expectations as Sanders ran a people-powered race calling for a political and economic revolution, while Clinton called for more a gradual political evolution building on the Obama years.

As the evening’s vote counting crawled to its nail-biting peak, Clinton’s campaign had at one point 628 delegates to the next stage in the party’s process while Sanders had 625 delegates, a difference of 49.8 percent to 49.6 percent. Martin O’Malley, who suspended his campaign on Monday after the caucuses, had 7 delegates or .6 percent of those awarded. More than two hours later, with 99 percent of precincts reporting, Clinton had 696 delegates to Sanders’ 692 delegates, 49.9 percent to 49.6 percent.

Mainstream pundits—like those on CNN—called it “a bad night” for the establishment—given Ted Cruz’s victory on the Republican side and said Clinton won a political victory while Sanders won a moral victory. That gave Clinton the headlines she wanted, but it’s not accurate; it’s incomplete. Even CNN said several dozen of the 1,800 precincts had yet to report, including some university locations strongly favoring Sanders. The Associated Press tweeted that it would not declare a winner in the race:

The AP will not declare winner in Iowa Democratic caucuses at this time because of the closeness of the race between Clinton and Sanders.

When the final count is known and delegates awarded, it may be a night that will be compared to Sanders’ first victory in 1981, when he was elected mayor of Burlington, Vermont, by 10 votes. Iowa’s Democratic Party doesn’t release the raw vote numbers, just the delegates awarded. The rural areas are given more delegates than cities, meaning Sanders may have won more raw votes even if he lost this stage’s delegate count by a hair.

Both candidates declared victory in their own ways, with the more seasoned Clinton giving an earlier and shorter speech where she signaled that the campaign was about to enter a more fervent period over the soul of the Democratic Party.

“It is rare that we have the opportunity we do now, to have now a real contest of ideas; to really think hard about what the Democratic Party stands for and what we want the future of our country to look like,” she said. “I am a progressive that gets things done for people. I am honored to stand in the long line of American reformers who make up our minds that the status quo is not good enough, that standing still is not an option and it brings people together to find ways forward that will improve the lives of Americans.”