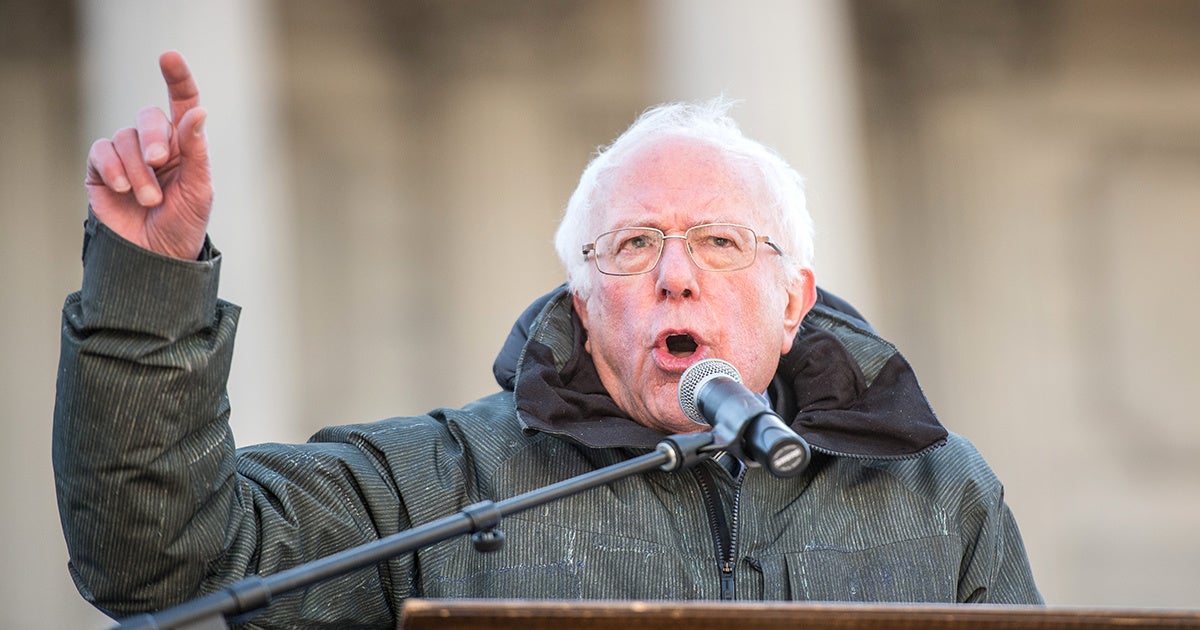 Independent Vermont Sen. Bernie Sanders announced Tuesday that he will run for president in 2020, becoming the latest candidate in a crowded Democratic primary field to promise a Green New Deal if elected, The Washington Post reported.

“I’m running for president because we need to make policy decisions based on science, not politics,” Sanders wrote in an email to supporters announcing his decision. “We need a president who understands that climate change is real, is an existential threat to our country and the entire planet, and that we can generate massive job creation by transforming our energy system away from fossil fuels to energy efficiency and sustainable energy.”

In addition to a Green New Deal, Sanders is also running on a platform of Medicare for All, a $15-an-hour minimum wage, tuition-free college and university, criminal justice reform, paid family leave and gender pay equity and breaking up the largest Wall Street banks, among other proposals, aides to the senator told The Washington Post.

Sanders brought many of these ideas, including more aggressive climate action, to national attention when he ran against Hillary Clinton in the 2016 primary. However, since his first run, the ideas he championed have gained steam and many other 2020 Democratic candidates have embraced them, The Guardian noted.

His success may therefore hinge on whether or not he is still the best mouthpiece for the ideas he helped popularize, as The New York Times explained:

Victories in the 2018 midterm election by women, minorities and first-time candidates also suggest that many Democrats may prefer fresh energy, something that skeptics believe Mr. Sanders could struggle to deliver. A 77-year-old whose left-wing message has remained largely unchanged in his decades-long career, Mr. Sanders will also need to improve his support from black voters and quell the unease about his campaign’s treatment of women that has been disclosed in recent news accounts, and that has prompted two public apologies.

However, Sanders’ proposal will be slightly different from the Green New Deal resolution developed by Democratic Representative Alexandria Ocasio-Cortez, who worked as an organizer for Sanders’ 2016 primary campaign. Sanders’ full plan should be released in the next few months, The Washington Post reported, explaining the difference between the two:

The upcoming Sanders plan is expected to contain significantly more details on how a Green New Deal would move America’s economy to one that zeroes out carbon emissions, according to aides to the Senator, while the Ocasio-Cortez resolution supported by the other 2020 candidates mostly laid out ambitious targets for carbon reduction.

In 2016, Sanders promoted a carbon tax and a plan to reduce greenhouse gas emissions by 40 percent by 2030, The Guardian reported at the time.

The re-election campaign for President Donald Trump is already planning to use the popularity of Sanders’ democratic socialist platform as a rallying point, The Guardian reported.

“Bernie Sanders has already won the debate in the Democrat primary, because every candidate is embracing his brand of socialism,” Trump 2020 campaign spokeswoman Kayleigh McEnany said in a statement reported by The Guardian. “But the American people will reject an agenda of sky-high tax rates, government-run health care and coddling dictators like those in Venezuela. Only President Trump will keep America free, prosperous and safe.”

Sanders, for his part, roundly criticized Trump in his announcement, calling him the “most dangerous president in modern history.” However, Sanders also noted that his campaign was larger than defeating one person.

“Our campaign is about transforming our country and creating a government based on the principles of economic, social, racial and environmental justice,” he wrote.