Another Beluga Dies at the Vancouver Aquarium, Just Days After Her Baby The Vancouver Aquarium is back in the spotlight this week, following the death of another beluga who died shortly after losing her calf. 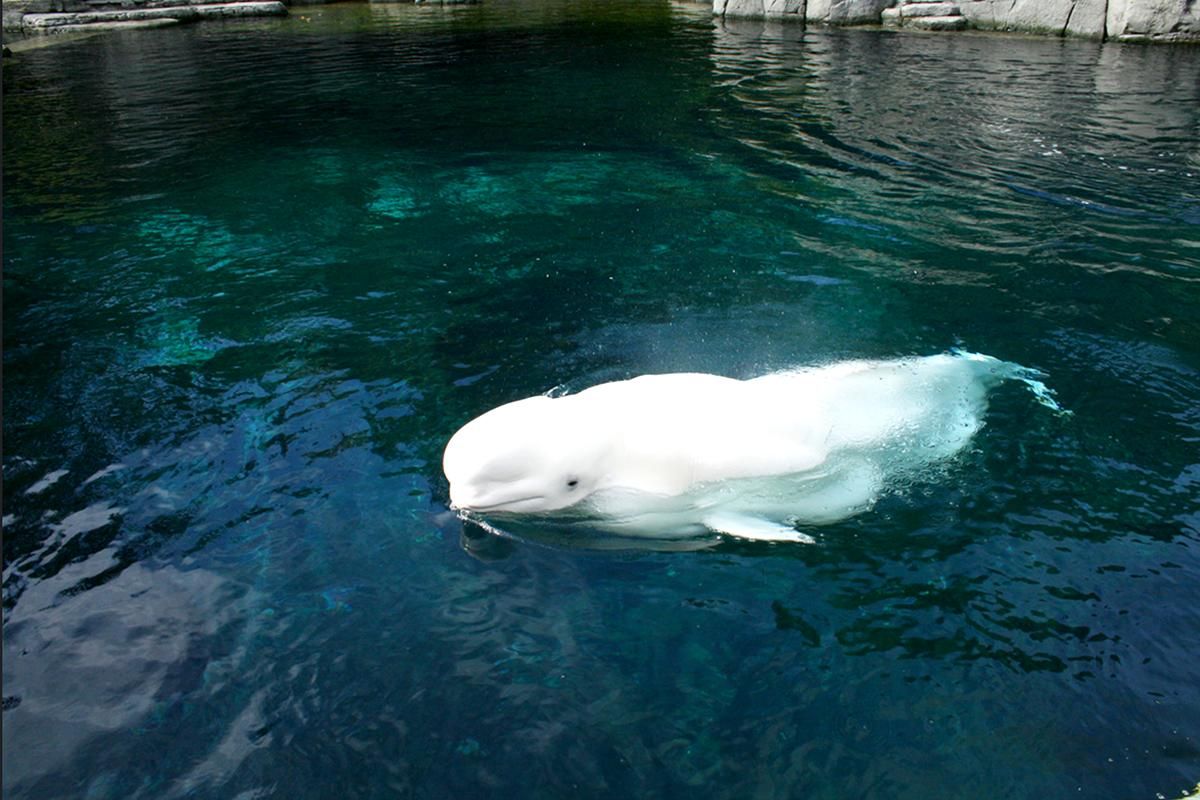 Just over a week ago, a 21-year-old beluga named Qila died of causes that are still unknown. Shortly after, her 29-year-old mother Aurora started showing the same symptoms Qila exhibited and was reported to have suffered from abdominal cramping, a loss of appetite and lethargy.

Sadly, despite receiving round-the-clock care from veterinarians and staff, she also passed away. According to the aquarium, the cause of their deaths is still being investigated, but it’s suspected that they were caused by a virus or toxin.

Aurora’s passing adds to the growing death toll for captive belugas and the tragedy of her loss is only compounded by life she experienced. Not only did she lose her freedom, she watched three of her babies die during her time in Vancouver.

Qila herself also gave birth to one calf, Tiqa, in 2008, but just three years later she was also dead.

The ongoing mistreatment of belugas and continued attempts to breed them landed the Vancouver Aquarium on In Defense of Animals’ (IDA) first annual list of the 10 Worst Tanks for Dolphins and Whales in North America over the summer.

While the Vancouver Aquarium owns five other belugas who are on loan to marine parks in the U.S., there are now no belugas at the aquarium and organizations including IDA and the Vancouver Humane Society, and the British Columbia Society for the Prevention of Cruelty to Animals are calling on the aquarium to shut down its cetacean exhibits forever.

“Aurora and Qilas’ horrific deaths should be a wake-up call for Vancouver,” said IDA’s cetacean scientist, Dr. Toni Frohoff. “Even the most modern technology, veterinary care and infrastructure could not help Aurora, Qila or the many other belugas who have suffered and died in captivity. It’s time to stop exploiting these intelligent and sensitive animals and close Vancouver’s dying pools for good.”

Following Qila’s death, the head of Vancouver’s park board announced she was going to formally propose bringing the issue of captive cetaceans to voters during the next civic election in 2018. Animal advocates are hopeful that move could potentially stop an expansion of the aquarium’s current beluga exhibit, which is expected to start early next year and will ultimately keep belugas out permanently.

For more on efforts to retire whales and dolphins who are currently in captivity to sea sanctuaries, check out the Whale Sanctuary Project and Whale and Dolphin Conservation.