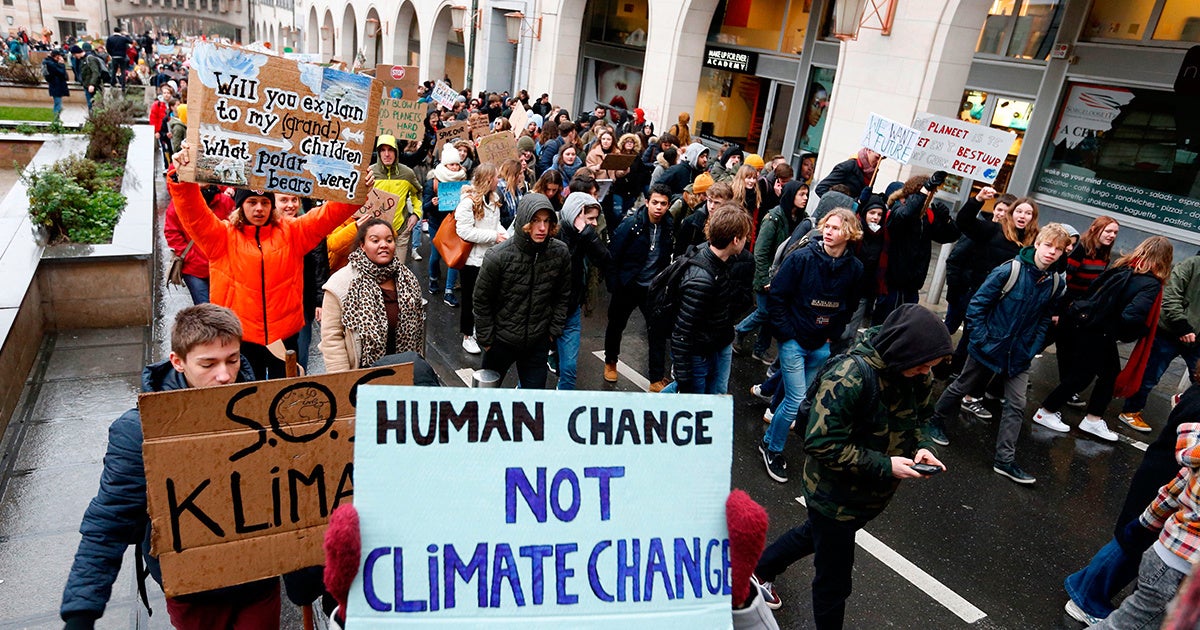 Around 12,500 Belgian students marched in Brussels Thursday, joining a growing movement of young people around the world who have started skipping school to demand climate action.

“There is actually no point going to school if our world is going to die,” 16-year-old demonstrator Mariam told BBC News in a video.

Skipping school to save the Climate.

Students braved rainy weather to march with signs with messages like “School strike 4 Climate” and “Skipping school? No. We fight for our future,” The Associated Press reported.

Thursday’s march was larger than an initial protest last week, which drew around 3,000 students, The Brussels Times reported Jan. 11. The difference in size is partly because the first march only included students from the Flemish school system. On Thursday, they were joined by students from French speaking schools, according to a further report from The Brussels Times.

However, even the first, smaller march was larger than anticipated. Students had intended to demonstrate in a square outside the Central station, but found their numbers too big, and instead marched towards the Rue de la Loi and Cinquantenaire. They ended with a sit-in in European Parliament.

“The only way for us to bring pressure to bear is to stay away from classes, like workers who decide to strike,” 17-year-old Anuna De Wever, one of the first protest’s two organizers, told The Brussels Times.

The students hope to turn the protests into weekly events until the government releases a clear and effective plan for fighting climate change.

The structure of the organization has changed to accommodate larger marches. There are now 12 representatives coordinating the events instead of two. The students also successfully crowdfunded for a sound system.

Initially, schools were firm that truancy was a breach of school policy and law, but this week some schools gave students permission if they took a selfie proving they had skipped for the protest.

One local school director spoke to De Standaard newspaper in support of the students.

“Education has to turn youngsters into mature citizens,” Patrick Lancksweerdt told De Standaard, according to The Associated Press. “By their actions, they proved that they are.”

The students were inspired by Swedish activist Greta Thunberg who started striking from school in her own country last year. She also gave a rousing speech at the COP24 meeting in Katowice, Poland in December.

According to the Belgium police more than 12500 students on school strike today in Brussels!#climatestrike #FridaysForFuture #SchoolStrike4Climate https://t.co/txStX9zlzM

“I’ve seen the interviews and what she said and it definitely inspired me to come here today and to join this movement,” 16-year-old Belgian student striker Azra told BBC News.