Beirut’s Deadly Explosion Created Massive Pollution – How Bad Is It? 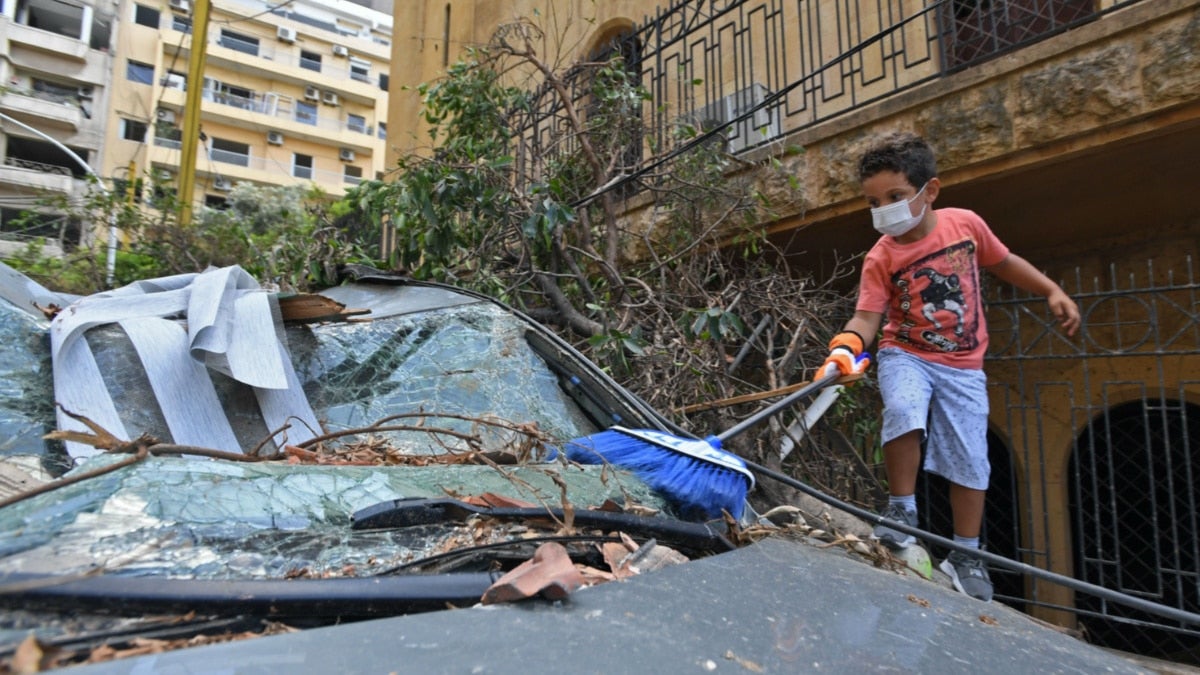 A Lebanese boy cleans a damaged car in Beirut on August 11, 2020, after a huge chemical explosion devastated large swaths of the capital. AFP / Getty Images

In the weeks since Beirut’s deadly chemical blast, residents have been sweeping up the broken glass and wiping down surfaces caked in dust. And it’s this dust that some say poses a major threat to the city.

“The most dangerous thing” right now, according to Greenpeace’s Middle East and North Africa program manager in Beirut, Julien Jreissati, is that no one knows “what actually exploded besides ammonium nitrate” and, therefore, how toxic the dust is.

On August 4, nearly 3,000 tons of the highly combustible chemical compound exploded in Beirut’s port, shooting a plume of orange smoke into the afternoon sky, followed quickly by a pressure wave that ripped through nearby buildings and blew out windows across the metropolis.

And while those toxic gases are believed to have dissipated after several days, authorities have yet to confirm what else burned in the port warehouse fire and subsequently exploded. They also don’t know the magnitude or composition of the fine particulate matter released from the rubble and broken glass.

Side Effects of Ammonium Nitrate

What is known is that when heated, ammonium nitrate — commonly used in fertilizers and, due to its ability to speed up combustion, also in explosives — melts, releasing toxic gases like nitrogen oxides (NOx) and ammonia gas (NH3).

These gases, both harmful to the human respiratory system and the environment, in turn break down and react with other chemicals. Nitrogen oxides, for example, when combined with other pollutants and sunlight form “bad ozone,” that is to say, ozone at ground level.

Not only would these gases mix with Beirut’s already dangerous air pollution levels — a combination of fossil fuel combustion, sea salt, and mineral dust — which were estimated at least 150% over the World Health Organization’s (WHO) standards before the disaster, but also with demolition dust.

There’s no up-to-date information on the level of air pollution at the moment: Beirut shut down its monitoring system to cut costs in 2019. In previous years, though, Lebanon has averaged roughly 30 micrograms of fine particulate matter (PM2.5) per cubic meter, far above the WHO recommendation of 10 micrograms per cubic meter. 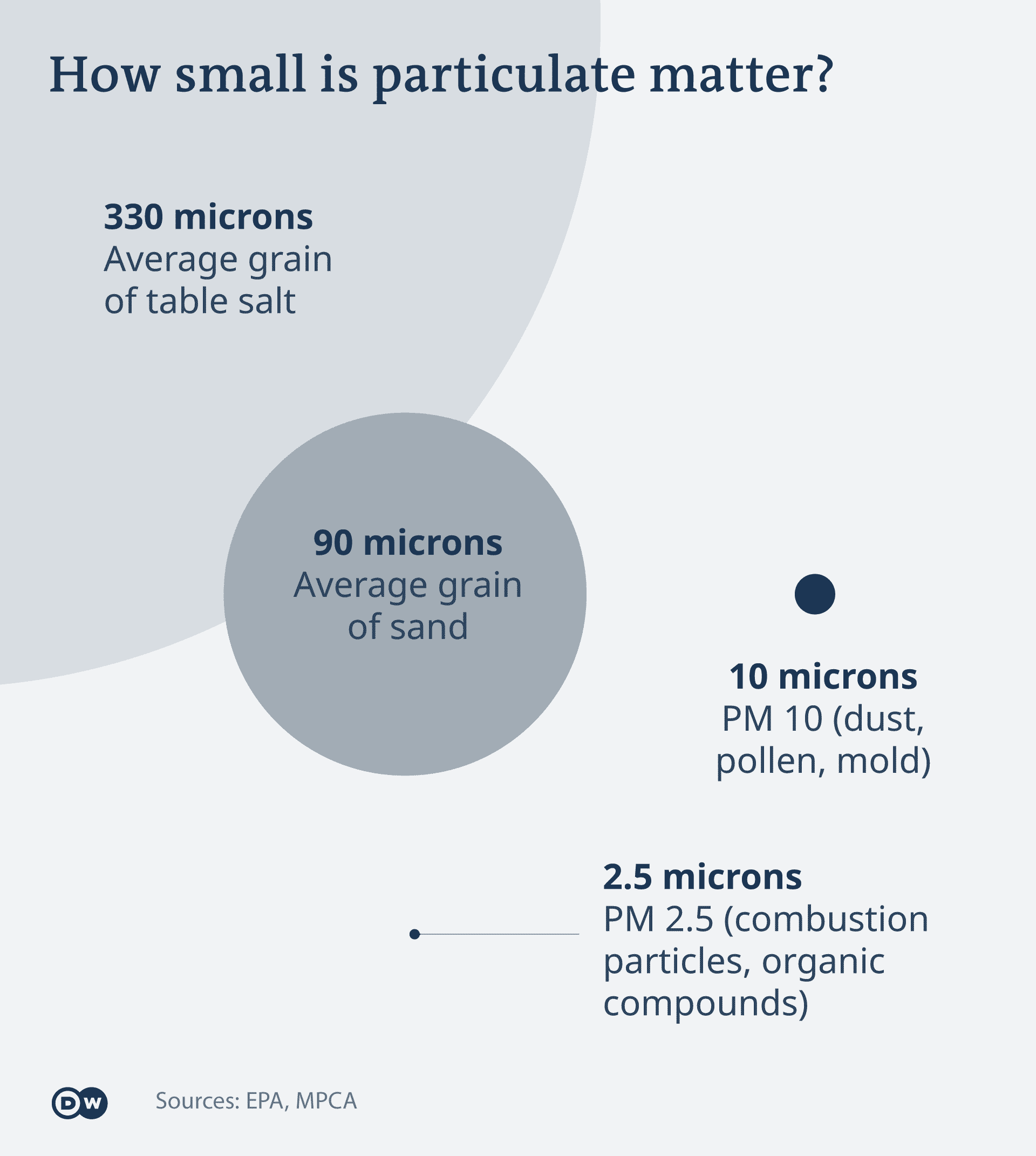 It’s this uncertainty that makes Seoud cautious. There are too many unknown variables to jump to conclusions, she says – and running tests will take time.

One person familiar with those tests is Najat Saliba, a professor of chemistry at the American University of Beirut, where she also directs the Nature Conservation Center.

Her team has been taking air samples with their own sensors and expects results in about a month — double the wait of the usual procedure, she says, due to the economic collapse.

“We are really running very low on resources like quality standards and equipment to do the tests,” Saliba says. 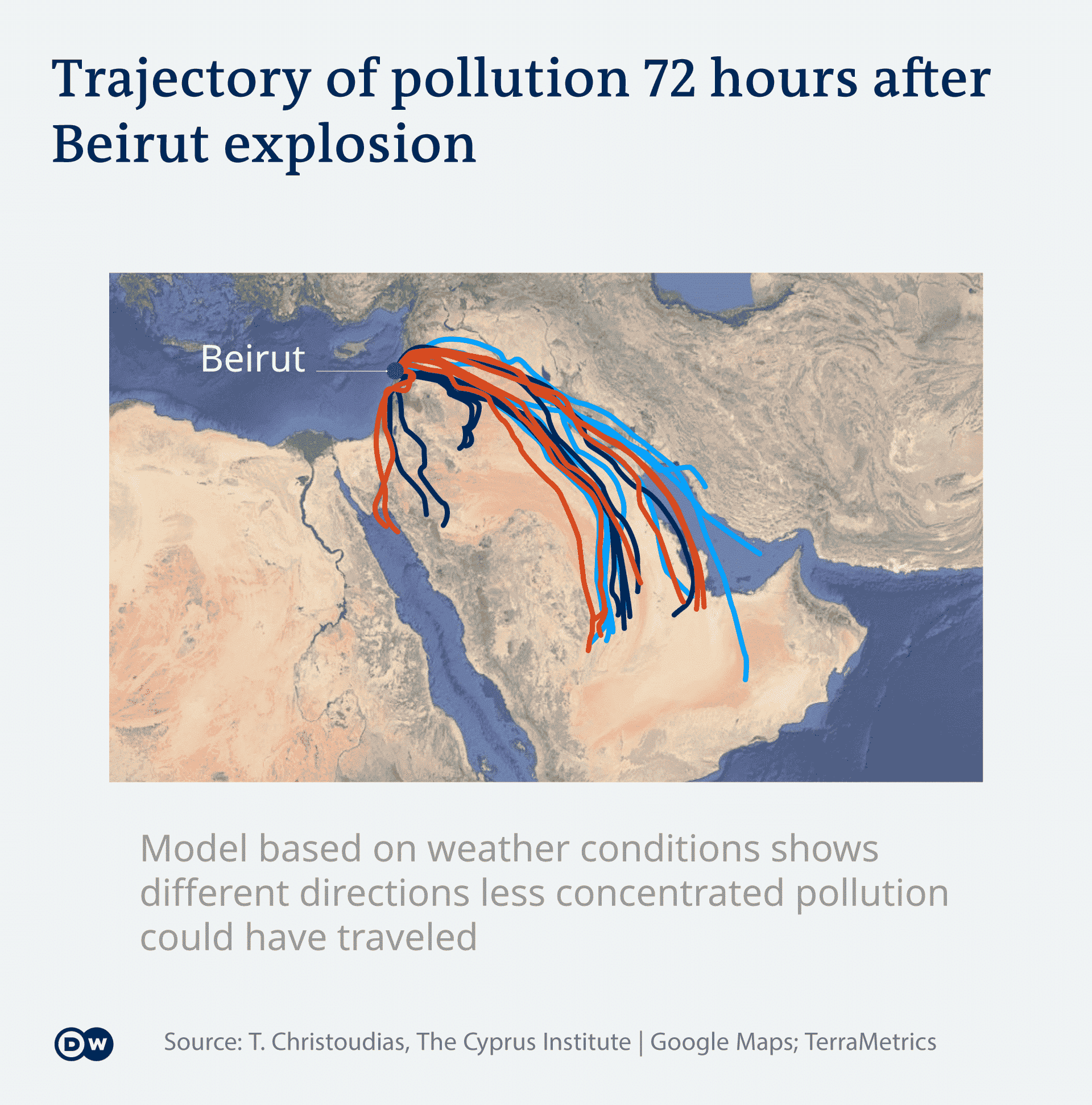 She emphasizes that at the heart of it all is political incompetence — the same kind that has, for example, seen pollution levels worsen with the rise of diesel-powered generators across Beirut, where the power grid is unable to provide electricity for 24 hours a day.

And while the dust issue has been concerning, Saliba notes that a bigger problem is looming: garbage.

That message doesn’t bode well for Beirut, which has been dealing with a recurring trash crisis for several years, and is now facing a cleanup to the tune of up to million (€12.6 million). In 2015, the government failed to react quickly enough after a major trash dump was closed, leaving streets and beaches covered in mounds of solid waste.

In fact, one of the city’s main landfills reached capacity in late April, prompting the government to approve a vertical expansion that would hold for roughly three months – or until around the time of the blast.

The question of what to do with the solid waste has been on the mind of some, like Salam Kabboul, a local freelance journalist and co-founder of “The Tent,” a volunteer initiative launched the day after the blast. The name refers to their first project of offering victims snacks and a place to rest with the only thing they had on hand: a tent.

Now, they repair buildings and homes so life can return to normal. They take precautions for the dust, but when it comes to dealing with trash, they’re also in the dark about what to do.

“It’s not clear what happens to the waste,” says Kabboul, who, like everyone else is aware of another imminent trash crisis.

A new aspect of this problem is the type of debris in the cleanup. According to Seoud from UNDP, there’s a lot of hard-to-dispose-of items like air conditioners, compressors, electronics.

There’s also medical waste from the COVID-19 pandemic, and the fear of chemical waste – both of which could cause problems for the city’s water. As things stand, Beirut is waiting to find out if all of its pipes are still intact post-explosion, and researchers still aren’t allowed to test the already contaminated coastal waters, which are roped off as the search for the missing continues.

Beirut is facing one pollution problem on top of another. Now, with the magnitude of dust and debris putting the city under even more strain, civilians and NGOs alike hope that this disaster could mark a turning point as it moves forward.