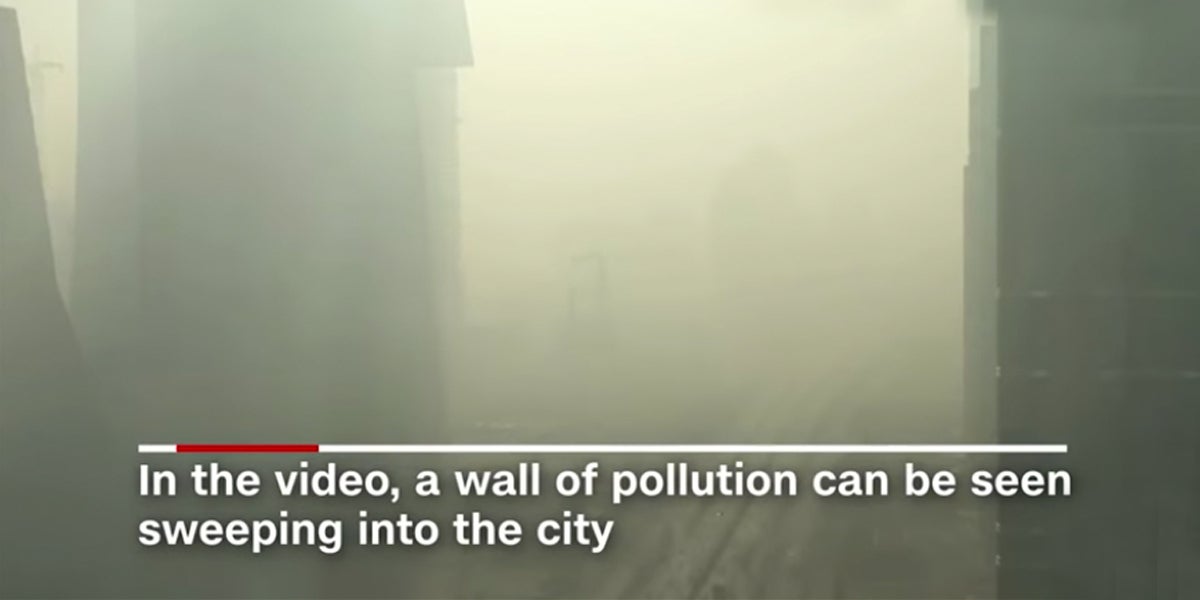 A British engineer based in Beijing captured on film a cloud of smog descending on the Chinese capital. The video clip, posted by Chas Pope Sunday on Twitter, shows a busy urban neighborhood being engulfed in air pollution during a 20 minute span.

The past few weeks have been especially bad in Beijing, according to the New York Times. On Dec. 16, government officials declared a red alert for the city, the most severe warning in a four-tier system.

According to Treehugger, there was a big bump in the PM10 air quality index when the video was being shot, as noted by the red arrow in the image below. The reading of 391 was at levels considered “hazardous” by the U.S. government. 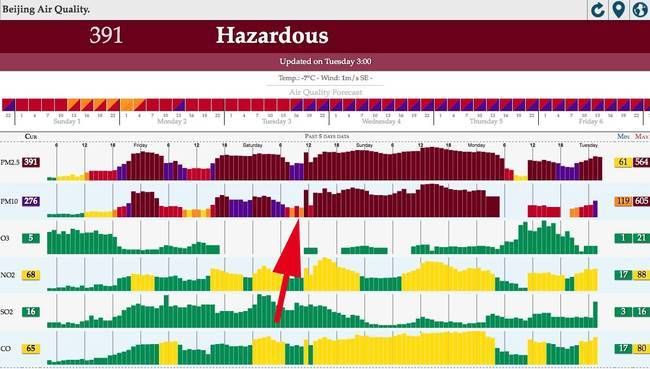 As EcoWatch previously reported, more than 90 percent of people on the planet live in places where air pollution levels are dangerously high, and millions of people are dying as a result of the exposure. According to David Suzuki, “Beijing’s 21-million residents live in a toxic fog of particulate matter, ozone, sulphur dioxide, mercury, cadmium, lead and other contaminants, mainly caused by factories and coal burning.” Toxic smog puts cancer as a leading cause of death in China.

According to Bloomberg, “air pollution is killing an average of 4,000 people a day in China,” accounting for 17 percent of all Chinese deaths each year. Researchers cited coal-burning as the likely principal cause.