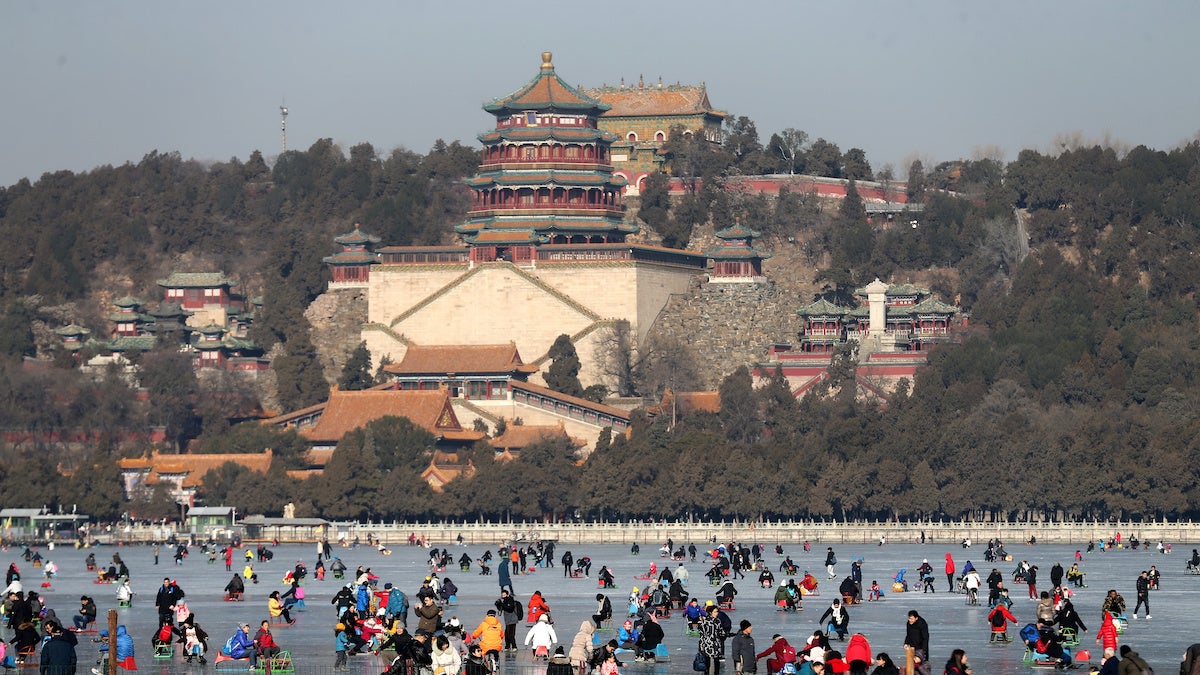 Data released by the Beijing Municipal Bureau of Ecology and Environment showed that concentrations of fine particulate matter known as PM2.5 fell 14.3 percent in the first 11 months of 2019, according to Xinhua. That is the lowest level since an integrated air quality-monitoring network was launched in 2013.

Those numbers back up earlier findings from the Swiss firm IQAir AirVisual, which installed sensors on the U.S. embassy in Beijing. That report said Beijing’s concentrations of fine particulate matter had fallen to its lowest levels since record keeping began in 2008, as The Washington Post reported. Those improvements mean the Chinese capital may soon be removed from the list of the 200 most polluted cities in the world.

The pollution levels are still far higher than what is considered healthy. The 2019 average concentration of PM2.5 in Beijing of 42 micrograms per cubic meter was still above the China’s national air quality standard of 35, and far beyond the World Health Organization’s recommended upper limit of 10, according to the South China Morning Post.

And yet, the rapid and drastic improvement is being touted for what is possible when government policies push for a cleaner environment.

“No other city or region on the planet has achieved such a feat,” said Joyce Msuya, the deputy executive director of the UN’s environment program, as the South China Morning Post reported. She added that the accomplishment was the result of “an enormous investment of time, resources and political will.”

A March report from Msuya’s department at the UN looked at 20 years of pollution data from 1998 to 2017. It found that controls on coal-fired boilers, the use of cleaner fuels in residential sectors, and tighter regulations on industry were the three most important measures to improving Beijing’s air quality, according to the South China Morning Post.

While Beijing’s air has shown significant and rapid improvement, other areas of China are heading in the opposite direction as other provinces have sought to spur growth during an economic slowdown, according to Lauri Myllyvirta of Greenpeace, as The Washington Post reported.

Myllyvirta told The Washington Post that nitrogen oxide emissions went up in northern China’s industrial belt, which accompanied a growth in cement and steel production to meet the demand of government-funded construction.

“Old-fashioned smokestack industries are increasing in share and importance” in regions such as Hebei province, said Myllyvirta, as The Washington Post reported. “The pressure to hit GDP targets in the short term is a big part of it.”

In Beijing, the war on pollution has meant authorities shuttered all coal-fired plants, encouraged residents to replace coal-fired boilers with natural gas and electricity, and invested in electric vehicles, as the South China Morning Post reported.

That action has also led to a drop in sulphur dioxide in the atmosphere. It fell 85 percent from 28 micrograms per cubic meter in 2013 to 4 in 2019, according the South China Morning Post.

However, while Beijing’s air quality is improving, some worry that the Chinese government will invest in environmentally deleterious industries abroad in poorer, developing markets to supply its worldwide infrastructure projects, as the The Washington Post reported.

For example, China has struck deals to build hundreds of coal-fired power plants across developing markets from Pakistan to the Philippines.