Before Trial, Victims of Pesticide Corporations Share Their Stories 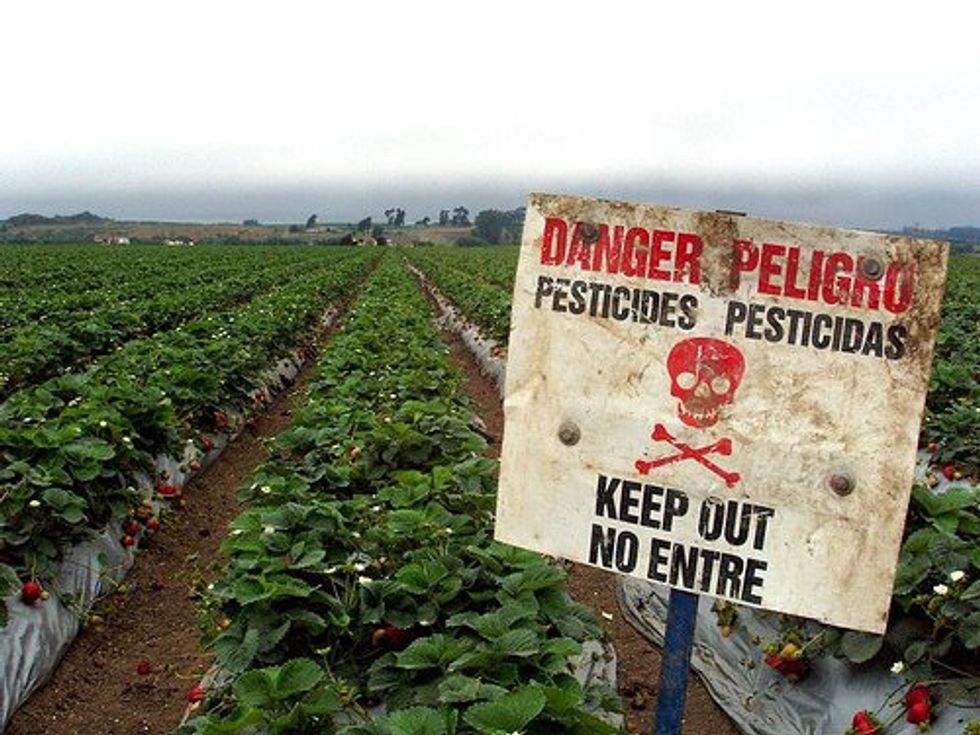 With the trial beginning Dec. 3, victims of the six largest pesticide corporations are speaking out about the industry’s widespread human rights violations. Their stories, available on YouTube, in addition to a 230-page legal indictment, document violations of human rights to life, health and livelihood.

“Rights to life, health and livelihood are inherent to our humanity,” said Kathryn Gilje, co-director of Pesticide Action Network North America, and who will be reporting from the trial. “Pesticide corporations have jeopardized these rights because there is no system of accountability that follows actions across national borders or over the decades it takes to prove guilt. Until we hold them accountable, pesticide corporations will continue to avoid responsibility for their human rights violations.”

Prosecutors cite the six largest pesticide companies—Monsanto, Syngenta, Bayer, BASF, Dow and Dupont—collectively known as the Big 6, for their human rights violations, including internationally recognized rights to life, livelihood and health. The agrochemical industry is valued at more than $42 billion and operates with impunity while more than 355,000 people die from pesticide poisoning every year, and hundreds of thousands more are made ill. In addition, pesticide corporations have put livelihoods and jobs in jeopardy, including, farmers, beekeepers and lobstermen.

“The right to care for and work the land is basic and fundamental,” said David Runyon, a 900-acre Indiana farmer. “Monsanto and Co. have undermined my ability to provide for my family and prosper as a farmer. And the Big 6 have overstepped any system of justice and need to be held to account for their activities.

Runyon is one of more than fifteen witnesses testifying at the trial in Bangalore, India, beginning Dec. 3. He and his wife Dawn almost lost the family farm when pesticide and genetic engineering giant Monsanto found contamination of seeds on their property. The company threatened to sue Runyon unless he paid them for genetically modified seeds—seeds that had been carried by the wind from a neighboring farm.

Runyon is just one person standing up to pesticide corporations. Earlier Nov. 30, other victims of human rights violations shared their stories online, including:

“Pesticide corporations have gotten away with human rights violations for far too long,” said Paige Tomaselli, staff attorney from the Center for Food Safety, and a prosecutor at the trial. “We will try them in an international court, shining a spotlight on their brazen violations of rights to live, health and livelihood.”

The opening statement of the prosecution’s 230-page indictment outlines the global threats to human rights:

The victims and survivors of [pesticide industry] aggression are the poor peasants, small-scale farmers, agricultural workers, rural women, children, and indigenous and agricultural communities around the world. They are at the mercy of the expanding power of the agrochemical [corporations] and are losing their control over their seeds and knowledge, and suffering debilitating physical and chronic effects due to pesticide poisoning, including coping with the destruction of their children’s health. These small food producers are losing their livelihoods, suffering increased hunger and malnutrition, and having their very means of survival threatened. Even children have been victimized and forced to carry the legacy of pesticide poisoning in their bodies, which is then passed onto their descendants.

Attorneys, witnesses and jurors from across the globe head to India to begin an intensive three-day trial, starting on Dec. 3. The trial commences on the anniversary of the Bhopal disaster, in which more than 20,000 people have died, after an explosion at a Dow Chemical facility. The trial is hosted by the Pesticide Action Network International, a network of more than 600 participating nongovernmental organizations, institutions and individuals in more than 90 countries working to replace the use of hazardous pesticides with ecologically sound and socially just alternatives.

The Permanent People’s Tribunal (PPT) was founded in Italy in 1979 as a people’s court to raise awareness of massive human rights violations in the absence of another international justice system. The PPT draws its authority from the people while remaining rooted in the rigors of a conventional court format. Citing relevant international human rights laws, precedents and documents such as the United Nations Declaration of Human Rights in its findings, the PPT examines and passes judgment on complaints of human rights violations brought by victims and their representative groups.

A summary of the trial, including summaries of cases against the Big 6, can be found by clicking here. Biographies of victims of pesticide exposure are available here and background information on pesticide and biotech industry consolidation is available here.