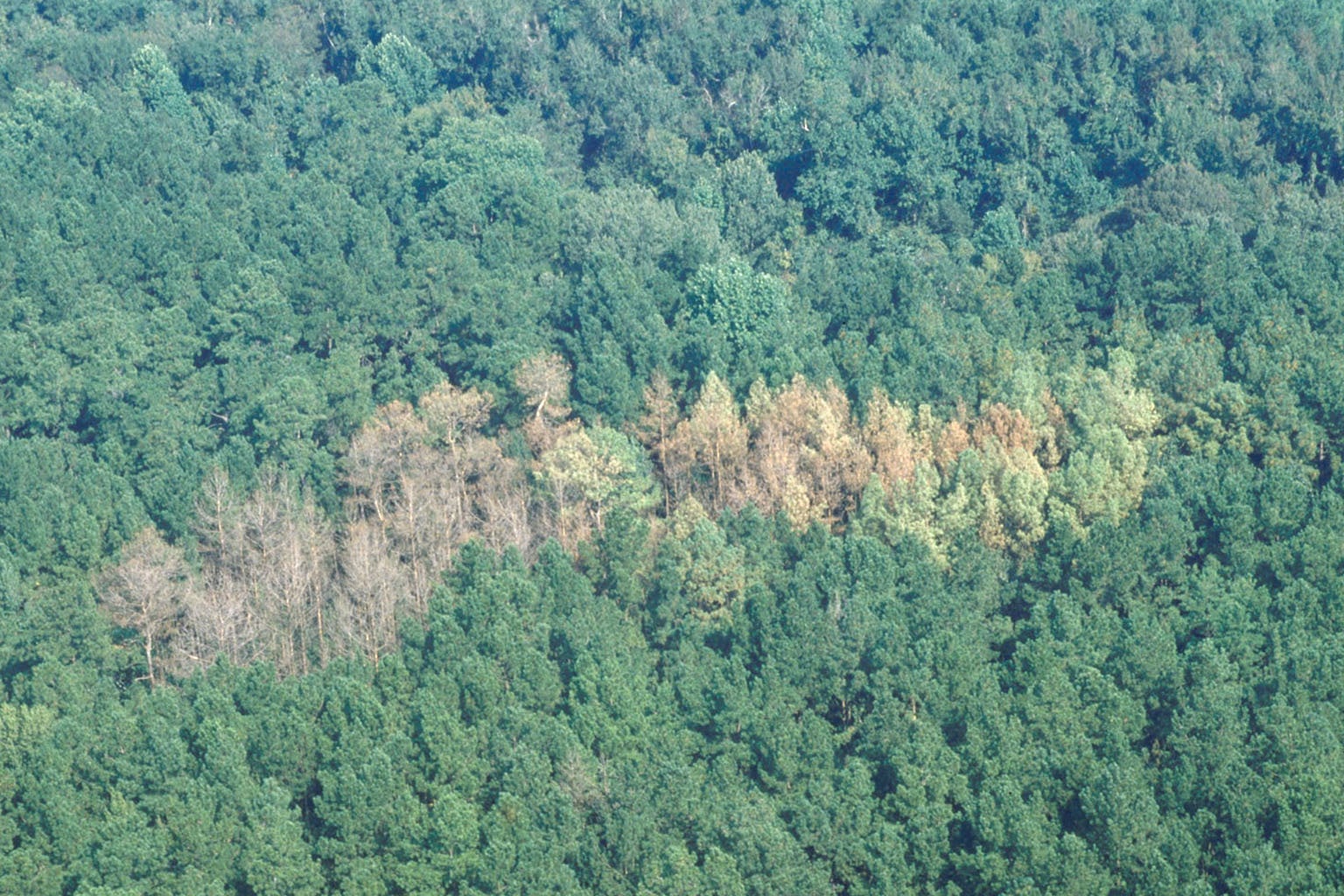 An unwelcome invader from the south has begun to infiltrate the U.S., destroying property and reducing income—and this time the blame can be securely pinned to climate change.

The southern pine beetle (Dendroctonus frontalis) from Central America, one of the most voracious of tree-killing infestations, has already made itself at home in southern New Jersey and could infect the northern U.S. and southern Canada by 2080.

Its destruction of trees in the southeast U.S. cost the nation 14 million cubic meters of timber—worth $1.7 billion—between 1990 and 2004.

Now it is gaining ground in more northern regions because even though the average increase in global temperatures has so far been modest, there have been significant rises in the lowest of the extreme temperatures of U.S. winters.

The beetle can overwinter in the tree bark and make itself at home even in a snowy world, but it cannot survive minimum air temperatures of between minus 14° and minus 20°C (7°F and -4°F).

As annual average temperatures in the northeastern U.S. are projected to rise between 2° and 6°C (35°F and 48°F) by 2100, with perhaps greater rises in the winter extremes, what scientists like to call “the climatic constraints” that limit such beetle invasions will probably recede dramatically.

The destructive insect was found on Long Island in New York in 2014 and Connecticut in 2015. By 2050, 78 percent of the pitch pine forests of the U.S. Northeast, from southern Maine to Ohio, could be at the mercy of the invader.

It is predicted that, by 2060, the southern pine beetle will have settled in southern New England and, by 2080, will be able to infect 71 percent of the red pine and 48 percent of the jack pine across a vast area of the U.S. and southern Canada.

Scientists from the U.S. report in Nature Climate Change that they looked at the progress of the southern pine beetle so far, and identified the forest stands most likely to be at risk.

Study leader Corey Lesk, a graduate student at Columbia University’s department of earth and environmental sciences, said, “We could see loss of biodiversity and iconic regional forests, and there would be damage to tourism and forest industries in already struggling areas.”

The U.S. northern forests have been shaped by 10,000 years of evolutionary adaptation to accommodate fierce swings in continental temperature, and one benefit of extremely cold winters is that each year these erase many of the natural pests that would hamper plant productivity in the spring and summer.

In some cases, the concern is driven by the response of the vegetation itself to higher levels of carbon dioxide in the atmosphere, and in others by the impact of global warming on creatures that prey on insects.

The researchers found that the temperature of the bark at which pine beetles become at risk is minus 10°C (14°F)—bark is always warmer than the air around it—and this minimum has been moving northwards, with the beetle, at between 65km and 85km a decade.

Such research presents only a crude set of conclusions: there will be other factors at work to either enhance the beetle’s spread or limit it.

But the scientists pointed out that forests already stressed by heat and drought become more vulnerable—and, as the century proceeds, the periods each year of extreme heat and drought could be extended by between 10 and 20 days.

“Our study reveals a plausible new threat from southern pine beetle to vast areas of pine forest in eastern North America by 2050 and into subarctic Canada after 2080 under continued climate change,” the U.S. scientists warned.