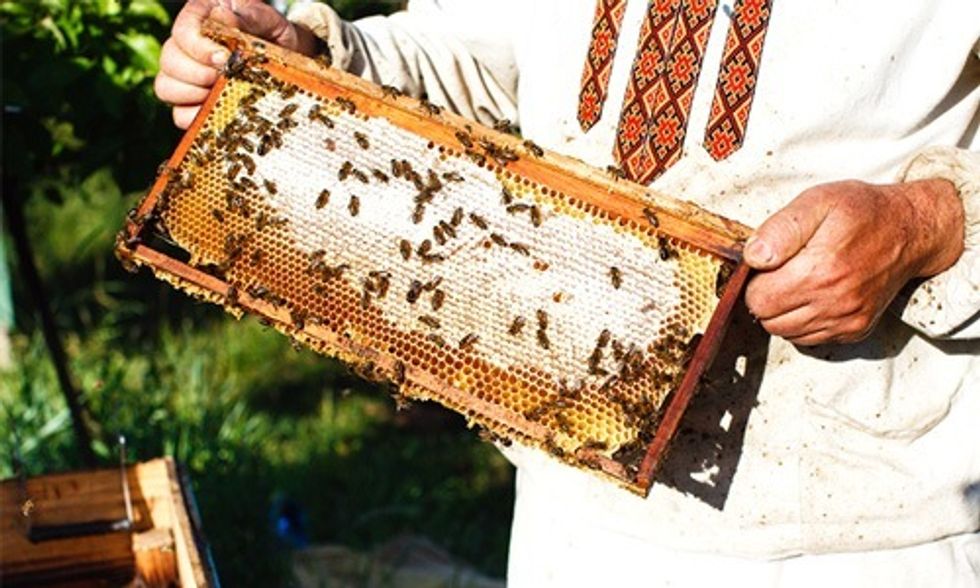 A federal court has overturned the U.S. Environmental Protection Agency’s (EPA) approval of sulfoxaflor, a pesticide linked to the mass die-off of honeybees that pollinate a third of the world’s food supply.

A federal appeals court overturns the government’s approval of a powerful new pesticide linked to the killing of honeybees. Photo credit: Shutterstock

The three-judge panel said the EPA green-lit sulfoxaflor even though initial studies showed the product was highly toxic to pollinators such as bees. The chemical compound belongs to a class of insecticides, known as neonicotinoids, that scientific studies have implicated in bee deaths.

“Because the EPA’s decision to unconditionally register sulfoxaflor was based on flawed and limited data, we conclude that the unconditional approval was not supported by substantial evidence,” the U.S. Court of Appeals for the Ninth Circuit panel wrote in its opinion.

In her opinion, Judge Mary M. Schroeder wrote that the EPA had initially decided to conditionally approve the chemical but ordered more studies done to better understand the effects the systemic insecticide would have on bees.

“A few months later, however, the EPA unconditionally registered the insecticides with certain mitigation measures and a lowering of the maximum application rate,” Schroeder wrote. “It did so without obtaining any further studies.”

The product, sold in the U.S. as Transform or Closer, must be pulled from store shelves by Oct. 18.

Gregory Loarie, lead counsel for environmental group Earthjustice, which represented beekeepers and beekeeping groups in the case, said the ruling could lead to reviews of other EPA-approved pesticides.

“The EPA rarely, if ever, has reliable information regarding the impact that insecticides have on honeybee colonies writ large, as opposed to individual, adult worker bees,” Loarie said in an email. “With the findings in this case, EPA should move quickly to re-examine other registrations for possible flawed and limited data.”

Sulfoxaflor, created by Indianapolis-based Dow AgroSciences, is a systemic insecticide. When it’s sprayed on soybean, cotton, citrus, fruit and vegetable crops, it kills bugs on contact and is also absorbed into the plant’s flowers, stems and roots. When insects ingest any part of the plant, they die too.

Paul Towers, spokesperson for advocacy group Pesticide Action Network, said that because sulfoxaflor was only approved in 2013, it hasn’t been widely used. “The prospect of greater use loomed, especially as other neonicotinoids are under increased scrutiny and pressure for phase-out,” Towers said.

That phase-out already has started in Europe; EU member nations banned three neonicotinoids in 2013 for two years after the chemicals were linked to the dramatic decline in bee populations there.

“This is the classic pesticide industry shell game,” Towers said. “As more science underscores the harms of a pesticide, they shift to newer, less studied products. And it takes regulators years to catch up.”