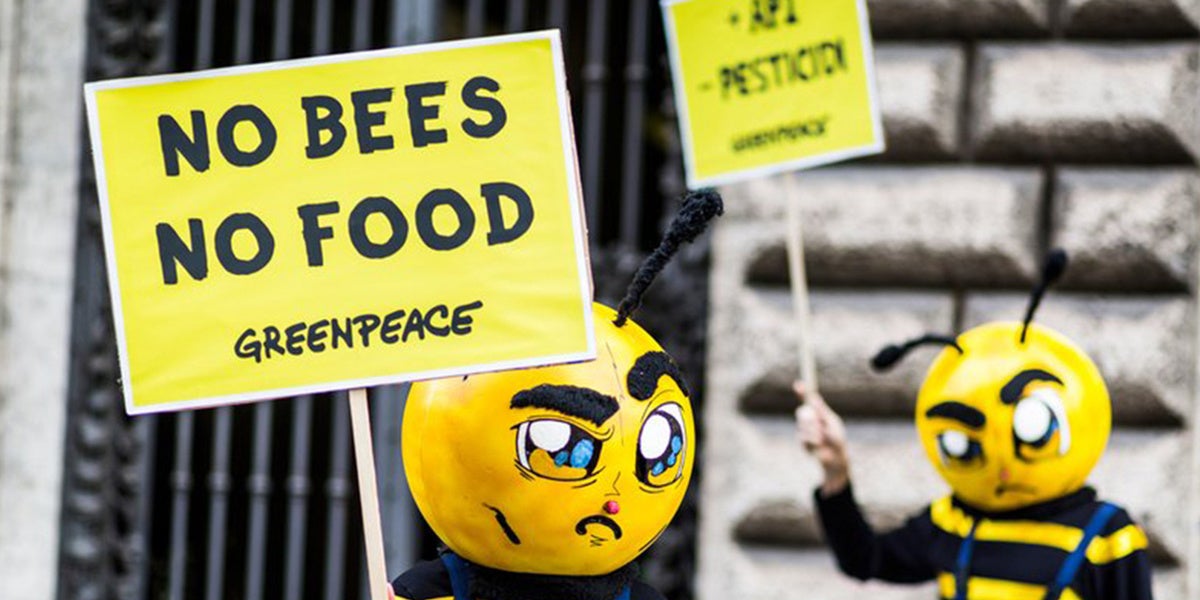 European governments approved Friday a proposal to widen a ban on neonicotinoid
pesticides that studies have found are harmful to bees and other pollinators.

The move completely bans the outdoor uses of three
neonicotinoids, or neonics, across the European Union. They include Bayer CropScience’s imidacloprid, Syngenta’s thiamethoxam and clothianidin developed by Takeda Chemical Industries and Bayer CropScience.

The EU had already opted for a partial ban in 2013 on the use of the three chemicals on flowering crops that attract bees, such as maize, wheat, barley, oats and oil seed rape (canola).

“All outdoor uses will be banned and the neonicotinoids in question will only be allowed in permanent greenhouses where exposure of bees is not expected,” the European Commission said in a statement.

In February, the European Food Safety Authority issued a
report adding to the mounting scientific evidence that neonics are a risk to wild bees and honeybees, whose numbers have been plummeting in recent years.

“The Commission had proposed these measures months ago, on the basis of the scientific advice from the European Food Safety Authority,” Vytenis Andriukaitis, the European commissioner for Health and Food Safety said today.

“Bee health remains of paramount importance for me since it concerns biodiversity, food production and the environment.”

Plenty of lovely bees at #Schuman today. ?
Happy that Member States voted in favour of our proposal to further restrict the use of active substances #imidacloprid #clothianidin #thiamethoxam known as #neonicotinoids !
Vital for #Biodiversity #FoodProduction #Environment ??? pic.twitter.com/gq76Z5biLo

“The Commission hasn’t been able to find that these restrictions have delivered any measurable benefits for bees,” Chris Hartfield from the National Farmers’ Union in the UK, told the BBC.

“That has been a big question for us, and if we can’t be certain they can deliver measurable benefits why are we doing this?”

“This move is critical for protecting bees and other important pollinators—we hope this ban will encourage governments around the world to follow suit,” said Wiebke Schröder, a SumOfUs campaign manager.

“When new information is released, the EPA always takes a good look at the science, evaluating it to see if there’s something we need to factor into our thinking here,” said Fiona Thomson-Carter, the EPA General Manager for Hazardous Substances and New Organisms.

“While existing New Zealand rules around the use of neonicotinoids are working, there could still be instances where non-target organisms, like bees and insects are exposed to the insecticide.”

Greenpeace EU food policy adviser Franziska Achterberg welcomed the news but urged the EU to make sure the three neonics are not simply swapped with other harmful chemicals.

“These three neonicotinoids are just the tip of the iceberg—there are many more pesticides out there, including other neonicotinoids, that are just as dangerous for bees and food production. Governments must ban all bee-harming pesticides and finally shift away from toxic chemicals in farming,” Achterberg said.

“Although U.S. beekeepers reported catastrophic losses again this winter, and just this past week the EPA closed a comment period on another suite of damning neonicotinoid risk assessments, rather than banning these dangerous pesticides, the agency is actually considering increasing the use of neonics across another 165 million acres,” Burd said.