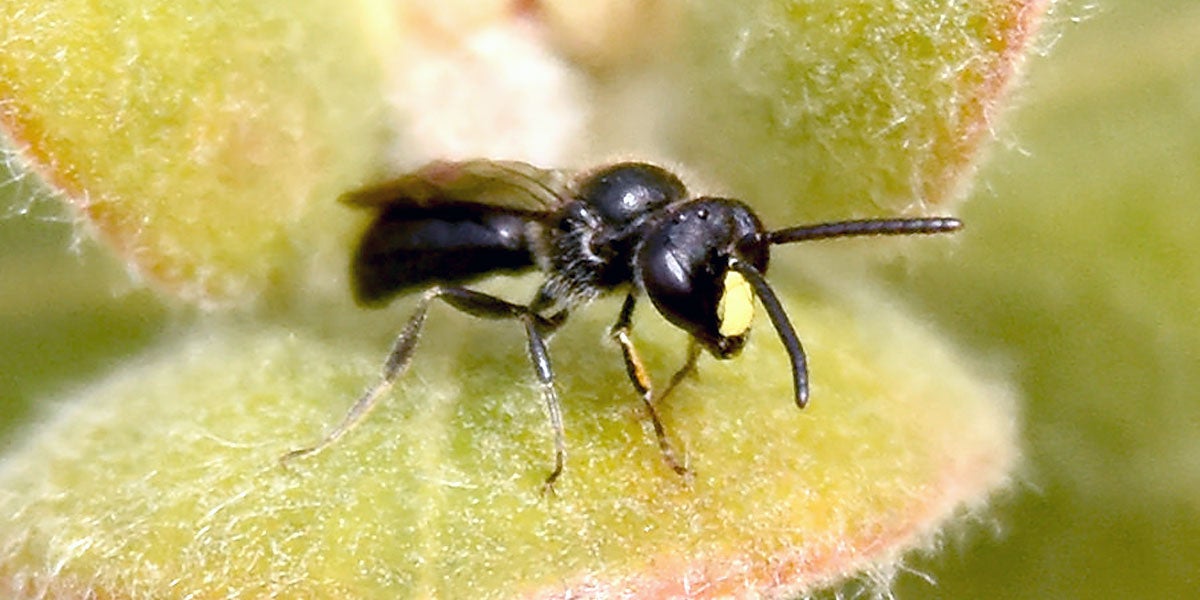 The U.S. Fish & Wildlife Service (USFWS) has added seven bee species to the endangered species list, a first for bees. Native to Hawaii, these yellow-faced bees are facing extinction due to habitat loss, wildfires and invasive species. 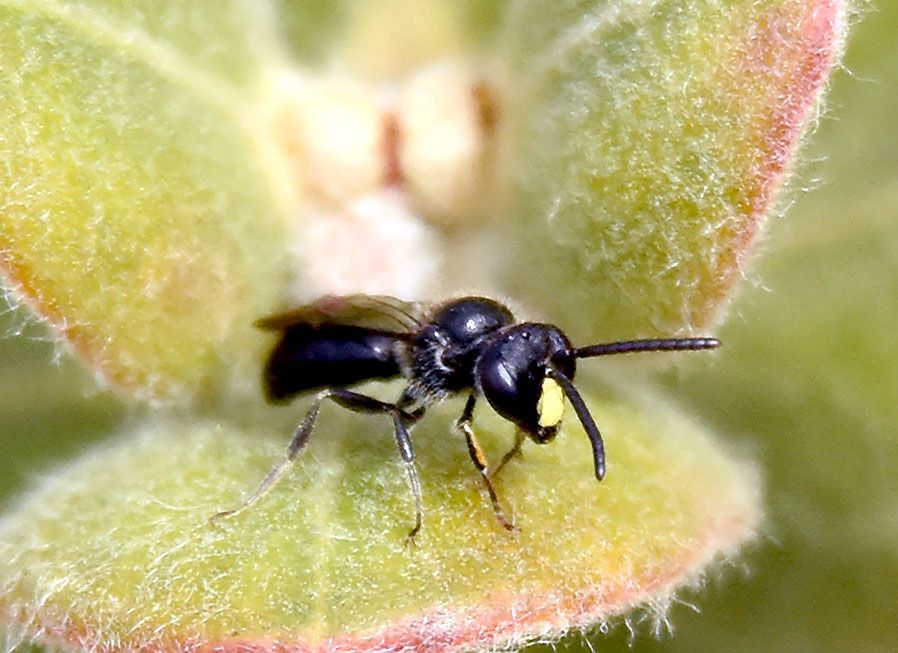 The tiny, solitary bees were once abundant in Hawaii, but surveys in the late 1990s found that many of its traditional sites had been urbanized or colonized by non-native plants. In March 2009, the Xerces Society for Invertebrate Conservation petitioned the USFWS to list these bee species as endangered under the U.S. Endangered Species Act.

“The USFWS decision is excellent news for these bees, but there is much work that needs to be done to ensure that Hawaii’s bees thrive,” wrote Matthew Shepherd, communications director for Xerces, in a blog post responding to the announcement.

Yellow-faced bees are the most important pollinators for many key trees and shrubs in Hawaii. They once populated the island from the coast up to 10,000 feet on Mauna Kea and Haleakalā. They get their name from yellow-to-white facial markings, and they are often mistaken for wasps.

According to Karl Magnacca, an entomologist with the O’ahu Army Natural Resources Program, the bees evolved in an isolated environment and were unprepared for the changes brought by humans. These included new plants, domestic animals such as cattle and goats, as well as ants and other bees that compete with the native Hawaiian bees.

One of the seven species, Hylaeus anthracites, is now found in just 15 locations on Hawaii, Maui, Kahoolawe, Molokai and Oahu. Protection of these areas could be a start to aid the bees.

“Unfortunately, the USFWS has not designated any ‘critical habitat,’ areas of land of particular importance for the endangered bees,” wrote Shepherd.

The listing comes just a week after the USFWS proposed listing another bee, the rusty patched bumble bee, to the endangered species list. During the past 50 years, about 30 percent of beehives in the U.S. have collapsed, according to the the U.S. Department of Agriculture.

This Bumble Bee Is About to Go Extinct! https://t.co/QAfKEfFWIE @BurtsBees @vanishingbees

On Sept. 9, a new study published in the journal, Scientific Reports, found that the world’s most commonly used insecticide, neonicotinoids, caused queen bees to lay fewer eggs and worker bees to be less productive. A Greenpeace investigation of internal studies conducted by chemical makers Bayer and Syngenta showed that these chemicals can harm honeybee colonies when exposed to high concentrations. In January, the EPA found that one of these neonicotinoids, imidacloprid, can be harmful to bees.

The National Pesticide Information Center states unequivocally, “Imidacloprid is very toxic to honeybees and other beneficial insects.” The EPA has proposed prohibiting the use of neonicotinoids in the presence of bees.