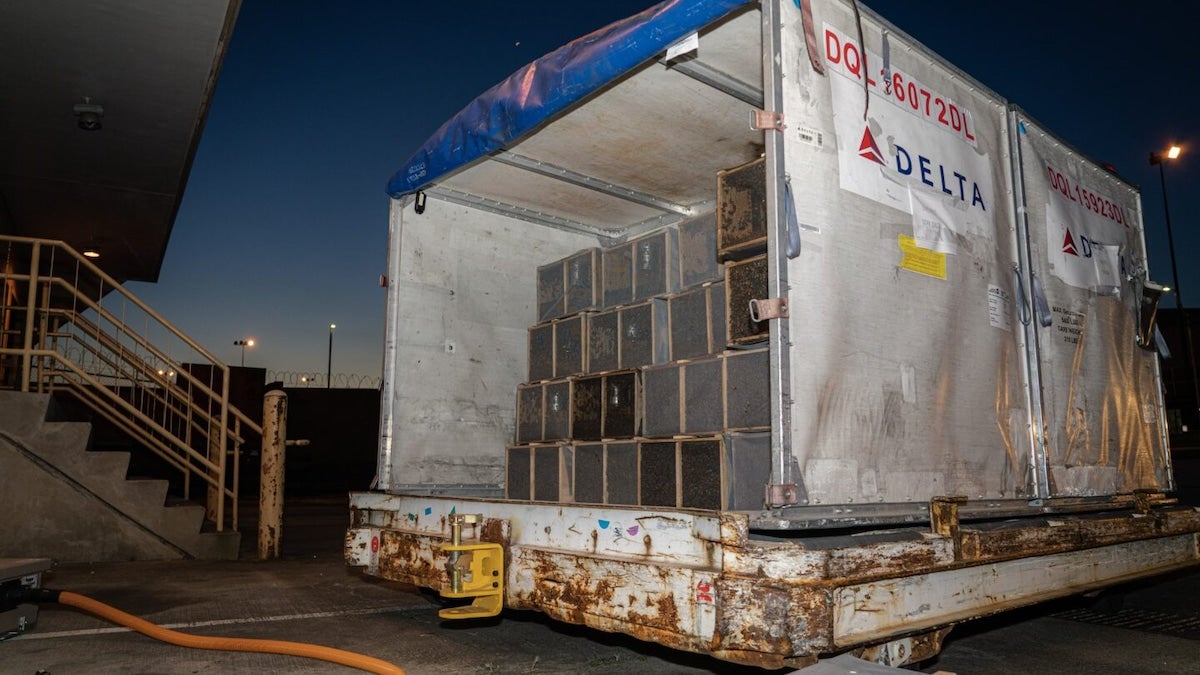 Most of a shipment of about 800 pounds of bees, or more than 5 million individual bees, that were being sent to Alaska from Sacramento, California died on a tarmac after being rerouted through Atlanta. The bees, not native to Alaska, were being sent to pollinate orchards and nurseries around the state.

The bees were headed for Anchorage, where they would then be distributed to more than 300 beekeepers throughout Alaska. They were ordered by beekeeper Sarah McElrea, who teaches beekeeping classes and helps order and distribute honey bees to beekeepers around the state.

Delta rerouted the bees from their original flight, instead sending them through Atlanta, Georgia, because they wouldn’t fit on the plane. McElrea requested for the bees to be kept in a cooler, as she noted that the honeybees wouldn’t fare well in the heat.

The airline moved the bees to a cooler, but overnight, some bees escaped the crates. Delta moved the crates to a storage area on the tarmac, but the temperatures were too high for the bees.

“I really panicked when they found they had moved them outside because the pheromones that those honeybees emit are attractive to other honeybees that are native to the area,” she said.

According to Backyard Beekeeping, bees may “beard” when temperatures rise. The bees form clusters outside their hives to both cool themselves off and lower the hives’ internal temperatures.

As they were bearding, it looked as though more bees were escaping, so Delta did not allow the bees on the flight to Alaska.

McElrea used Facebook to connect with a local beekeeper, Edward Morgan, who went to the airport to check in on the bees. Morgan found crates full of mostly dead bees. While the temperatures were somewhat high, around 80°F, Morgan also noted that the bees couldn’t reach their food source based on the positioning of the crates.

Morgan reached out to other local beekeepers to help salvage any surviving bees. Several volunteers arrived to help, but it was already deemed disastrous.

“It’s devastating to see that many dead,” Julia Mahood, a Georgia Master Beekeeper and one of the volunteers, told WABE. “Just clumps of dead bees that had no chance because they were left outside with no food and basically got lost in Delta’s machinery.”

“With the healthier packages, we will try to establish independent colonies,” beekeeper Ellen Ausley told WABE. “But for the rest, we hopefully can introduce the worker bees into already successful colonies.”

McElrea’s supplier is replacing the $48,000 shipment, which Delta called an “unfortunate situation,” as reported by Alaska Public Media. A spokesperson for the airline also said they are taking measures to prevent a similar situation from happening again.

McElrea is also working with local beekeepers in Seattle for an upcoming shipment in case things go awry again.

“I will forever be grateful for anything that they were able to salvage,” she said of the beekeepers in Atlanta who rescued the surviving bees. “They just assembled quickly and efficiency and really are the heroes in this scenario.”