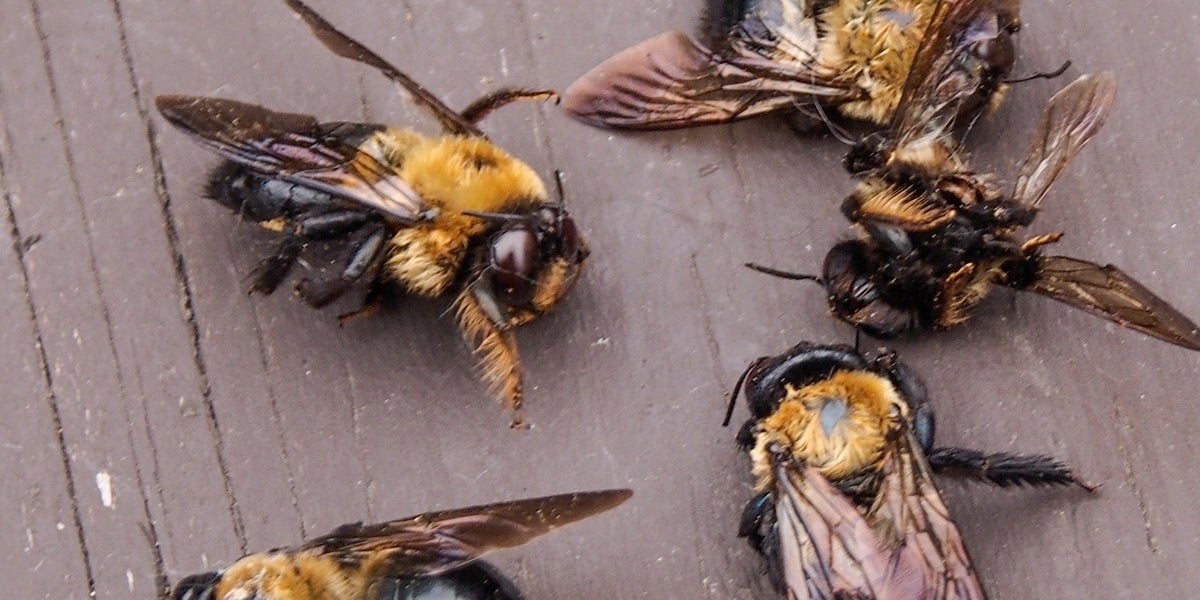 Beekeepers in and around Cape Town, South Africa are facing significant losses of their
pollinators in recent weeks.

The mass deaths have been linked to an
insecticide called fipronil that was likely incorrectly used by the area’s wine farmers, according to media reports.

Brendan Ashley-Cooper, the vice-chairperson of Western Cape Bee Industry Association, told the
BBC about 100 of his hives were affected and between 1 million and 1.5 million bees died.

The beekeepers suspected that the area’s wine farmers were spraying their vineyards with a mix of ant poison and molasses, the Weekend Argus reported last week.

Ashley-Cooper sent a sample of the mixture to a laboratory in Cape Town, which determined that fipronil was the main ingredient in the sample, the West Argus reported over the weekend. The wine farmers have since stopped using the pesticide.

Other area beekeepers lost hives, including Lawrence Woollam, who told the West Argus his business will be severely impacted after losing between 90 percent and 100 percent of his bees.

Fipronil is a broad-spectrum insecticide used to control ants, beetles, cockroaches, fleas, ticks, termites and other insects. It works by disrupting the central nervous system of invertebrates.

As the South African explained, the bees were likely attracted to the sweetness of the molasses. After ingesting the potent mixture, they brought it back to their hives and infected the rest of their colony.

Honey bees and wild bees are vital for crop pollination and are a critical part of our food system. One out of every three bites of food we eat is dependent on bees for pollination, according to the Natural Resources Defense Council. However, bee populations are crashing around the world due to factors such as neonicotinoids, habitat loss and disease.

The Cape Town beekeepers, wine farmers and the government are now working together to find a solution to the problem. Further tests will be conducted to confirm whether the pesticide is to blame.

“The farmers have been very concerned about the bee die-off. We’re having meetings with the farmers in the next couple of days to have a look if they have caused this problem and to see if we can find solutions,” Ashley-Cooper told eNCA.