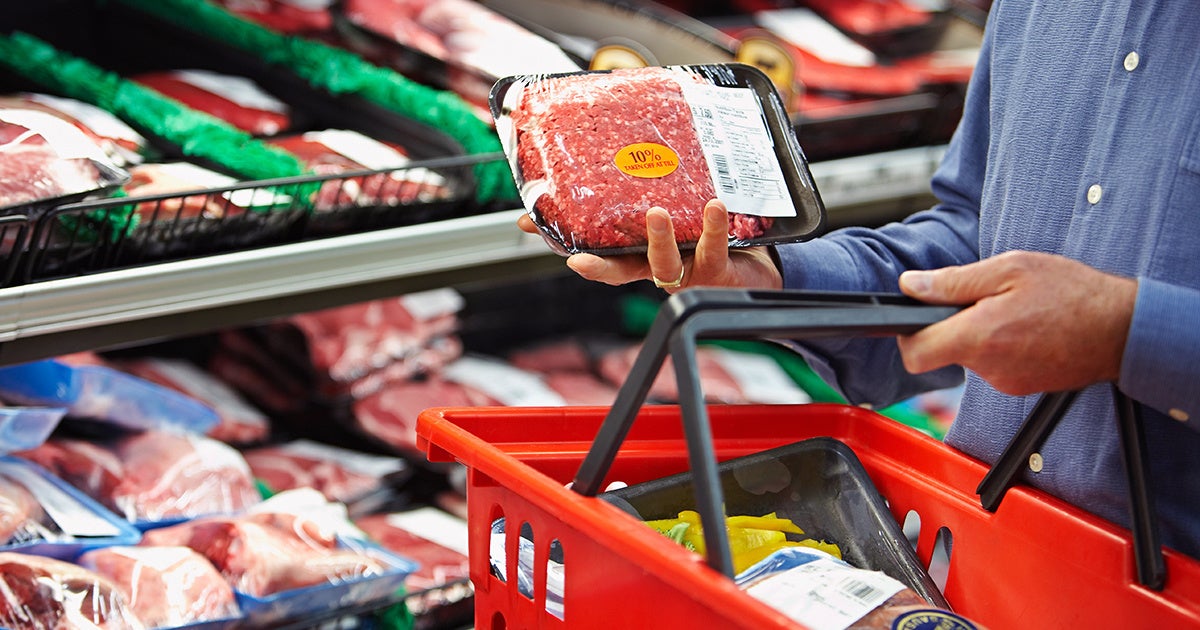 The U.S. government expanded a recall of ground beef Tuesday as an outbreak of salmonella has quadrupled to 246 people in 25 states since the first recall was announced in October, NBC 4 New York reported.

The U.S. Department of Agriculture Food Safety Food Safety and Inspection Service (USDA FSIS) announced that the Arizona-based JBS Tolleson, Inc. was recalling an additional 5,156,076 pounds of raw beef that were packaged between July 26 and Sept. 7. When added to the approximately 6,937,195 pounds originally recalled Oct. 4, it makes for a total of around 12,093,271 pounds recalled by the company.

“FSIS is concerned that some product may be frozen and in consumers’ freezers. These products should be thrown away or returned to the place of purchase,” the agency warned in the recall announcement.

The recalled beef has the label “EST. 267” inside its USDA mark of inspection and was sent to stores across the country including Walmarts in Arizona, Colorado, New Mexico Nevada and Texas and Sam’s Clubs in 26 states. You can find the full list of recalled products here and the full list of impacted retailers here. 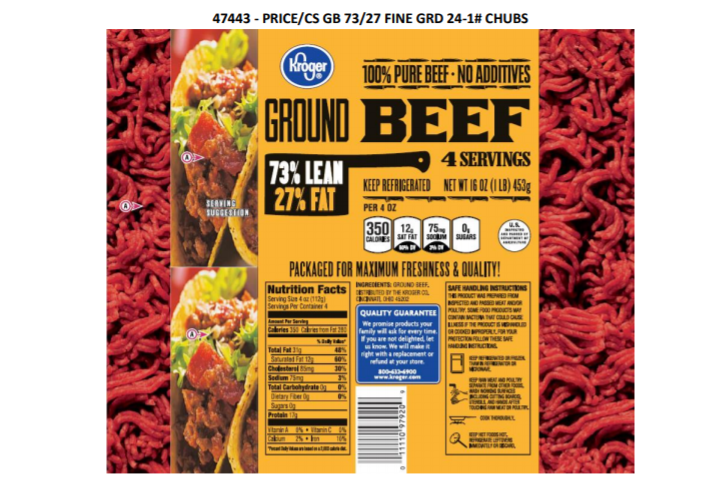 The label of one of the recalled ground beef productsUSDA FSIS

The beef has been linked to an outbreak of Salmonella Newport that first started Aug. 5. The last case reported was on Oct. 16. So far, 59 people have been hospitalized and no one has died, the Center for Disease Control and Prevention (CDC) reported. 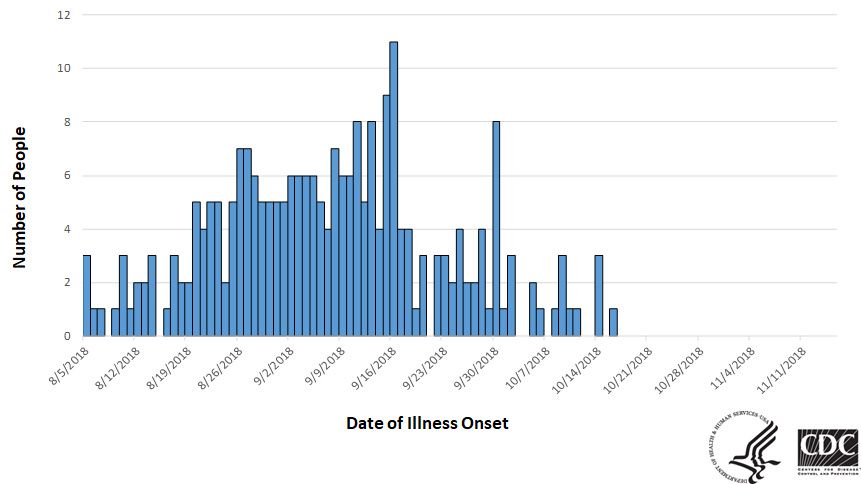 A timeline of Salmonella Newport cases so farCDC

Salmonella usually causes diarrhea, fever and stomach cramps 12 to 72 hours after infection. It usually clears up after four to seven days without treatment, but children under five, older adults over 65 and people with weakened immune systems could be more vulnerable.

All of the cases in the current outbreak might not have been reported yet, the CDC explained, because it can take up to two to four weeks for someone to report their illness after getting sick. So far, cases have been reported in 25 states, as this map shows. 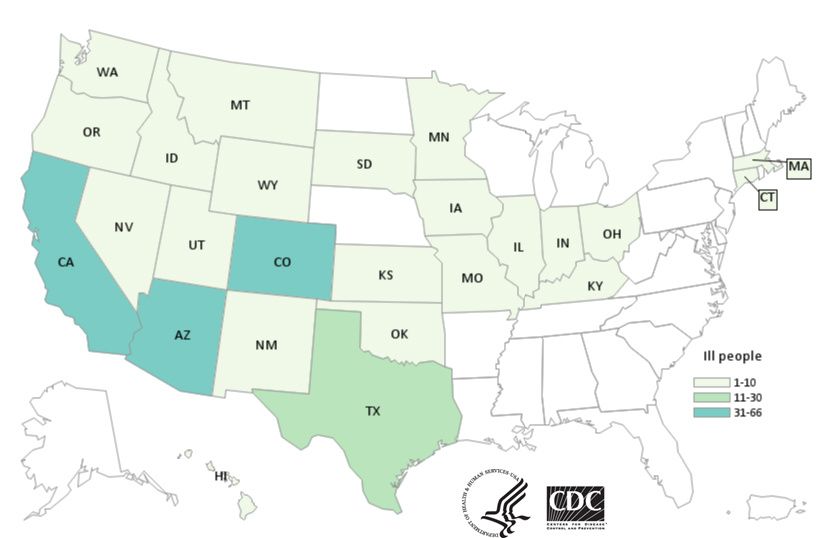 A map of Salmonella Newport cases as of November 15CDC

Officials source outbreaks by interviewing infected people about what food they ate the week before. In this case, 90 percent of respondents said they ate ground beef at home.

The CDC further explained the sleuthing that went into uncovering the cause of this particular outbreak:

The CDC recommends that anyone eating ground meat always cook it or order it cooked to an internal temperature of 160 degrees Fahrenheit and always wash hands and any equipment that came in contact with the raw meat with soap and water.

“No one should be eating partially cooked or raw meat,” FSIS warned.