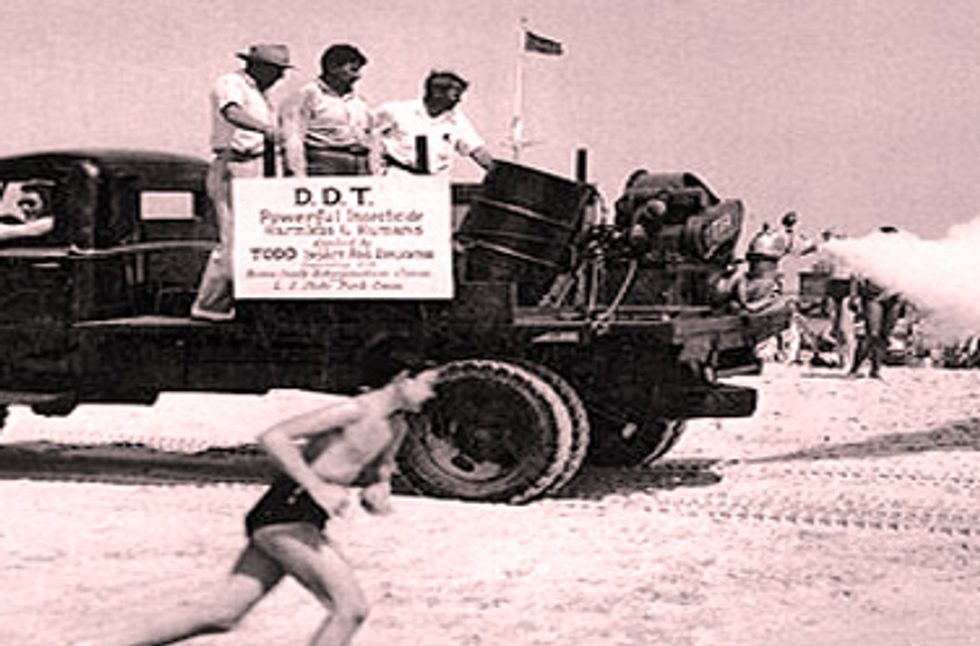 Scientists often come up with new discoveries, technologies or theories. But sometimes they rediscover what our ancestors already knew. A couple of recent findings show we have a lot to learn from our forebears—and nature—about bugs.

Modern methods of controlling pests have consisted mainly of poisoning them with chemicals. But that’s led to problems. Pesticides kill far more than the bugs they target, and pollute air, water and soil. As we learned with the widespread use of DDT to control agricultural pests and mosquitoes, chemicals can bioaccumulate, meaning molecules may concentrate hundreds of thousands of times up the food web—eventually reaching people.

As Rachel Carson wrote in her 1962 book, Silent Spring, using DDT widely without knowing the full consequences was folly. She showed it was polluting water and killing wildlife, especially birds, and that it could cause cancer in humans. Her book launched the environmental movement but did little to change our overall strategy for dealing with bugs. Although DDT was banned worldwide for agricultural purposes in 2001, the chemical is still used to control insects that spread disease.

Recent research shows that widespread use of pesticides like DDT may have caused us to ignore or forget benign methods of pest control. Because the chemicals were so effective, infestations were reduced and there was little interest in non-toxic methods. But bugs evolve quickly and can become immune to pesticides. That’s true of bedbugs, the now ubiquitous critters that are showing up around the world in homes, hotels, schools, movie theaters—even libraries.

But a method used long ago provides an effective and non-toxic weapon against the pests, according to a U.S. study in the Journal of the Royal Society Interface. The authors looked into the once-common Eastern European practice of spreading bean leaves around a bed to control bedbugs. What they found was fascinating.

During the night, bedbugs walking on the floor would accumulate on these bean leaves, which were collected and burned the following morning to exterminate the bedbugs. The entrapment of bedbugs by the bean leaves was attributed to the action of microscopic plant hairs (trichomes) on the leaf surfaces that would entangle the legs of the bedbugs.

They discovered that after bugs get caught up in the hooked plant hairs, they struggle to escape, and in the process vulnerable parts of their feet are pierced by the hooks, permanently trapping them. The research focuses on a way to replicate this.

“This physical entrapment is a source of inspiration in the development of new and sustainable methods to control the burgeoning numbers of bedbugs,” the researchers wrote, adding that the method “would avoid the problem of pesticide resistance that has been documented extensively for this insect.”

Other research has literally dug up pest control methods that go back millennia. An international team of archeologists recently found evidence that people living in South Africa almost 80,000 years ago made bedding out of insect-repelling plants.

According to the journal Science, the research team found 15 different layers containing bedding made from compacted stems and leaves of sedges and rushes, dating between 77,000 and 38,000 years ago. One layer of leaves was identified as River Wild-quince, which contains “chemicals that are insecticidal, and would be suitable for repelling mosquitoes.” The archeologists also found evidence that people often burned the bedding after use, possibly to remove pests.

These are just two examples of what we can learn from our ancestors and from nature. Because natural systems tend toward balance, the fascinating field of biomimicry has developed to explore what nature can teach us. It’s aimed at finding “sustainable solutions by emulating nature’s time-tested patterns and strategies,” according to the Biomimicry Guild website. “The goal is to create products, processes and policies—new ways of living—that are well-adapted to life on earth over the long haul.”

Maybe the truest sign of human intelligence is not to learn how we can shoehorn nature into our own agenda, but to see how we can better find our own place in nature.