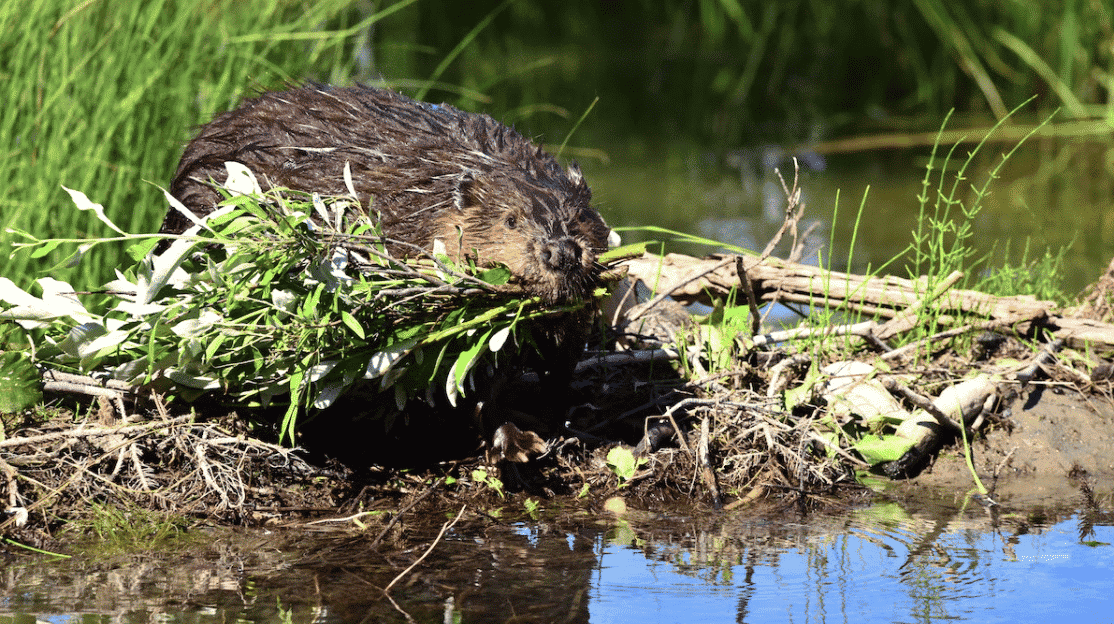 As the Arctic continues to warm, creatures who hadn’t previously inhabited the far northern landscape are taking up residence, including those who build their own homes: beavers. And they’re not only part of the migration of animals taking advantage of the warmer climate — their actions are exacerbating the climate crisis.

While mapping the spread of beavers in Alaska, scientists were surprised when they discovered that the industrious rodents had moved into new territory and were poised to continue their trek into the most northern parts of the Arctic tundra. As beavers don’t hibernate, they’re able to take advantage of the shortening winters and more readily available vegetation.

A team of scientists from around the world, working with the Arctic Beaver Observation Network, used aerial photographs along with satellite imagery from as far back as 1949, as well as older documented observations, to identify more than 12,000 beaver ponds throughout western Alaska. There are now twice as many as there were in 2000.

“There are areas of Alaska that had no evidence of beavers 50 years ago that are now apparently saturated with them,” said Ken Tape, University of Alaska, Fairbanks ecologist and co-author of the research, The Guardian reported. “It’s just a matter of time before they head even further north. When you consider this is likely happening across the rest of the Arctic in Canada and Russia, that gives you an idea of the scope of this change.”

The numbers of beavers who now occupy northern and western Alaska are estimated to be from 50,000 to nearly 100,000. The migration of the semiaquatic animals has impacted Indigenous communities in areas like the Seward peninsula, which extends from Alaska’s western coast. Flooding of rivers and streams dammed by beavers is interfering with travel and access to food.

“The true impact of the spread of beavers into the Arctic on the environment and the Indigenous communities who live there, is not yet fully known,” said Dr. Helen Wheeler, senior lecturer in zoology at Anglia Ruskin University, according to a press release. “However, we do know that people are concerned about the impact beaver dams are having on water quality, the numbers of fish downstream of the dams, and access for their boats.”

“Hotpots” caused by pooling around beaver dams thaw permafrost, an enormous carbon sink, The Guardian reported. The result could be a dangerous increase in global heating if the thawing of permafrost is widespread, scientists warn.

“Whether their expansion northwards is entirely due to climate change or increased populations following historical reductions in the trapping of beavers for fur and food, or a combination of the two, is not entirely clear, but we do know that beavers are having a significant impact on the ecosystems they are colonizing,” Wheeler said in the press release, as reported by CTV News.