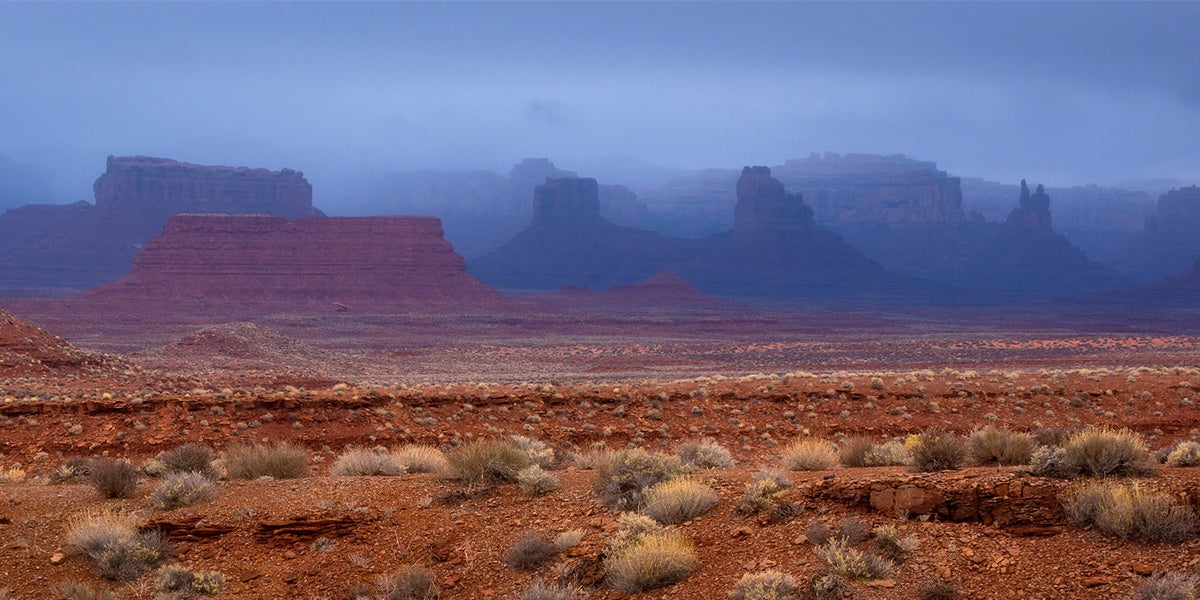 Researchers, led by paleontologist Rob Gay, have discovered what may be one of the world’s richest caches of Triassic period fossils at an extensive site within the original boundaries of Bears Ears National Monument. The team’s initial excavation led to the extraordinary discovery of several intact remains of crocodile-like animals called phytosaurs. The findings were publicly announced at this week’s Western Association of Vertebrate Paleontologists (WAVP) annual conference where researchers warned of a growing threat to their work in the region.

“Based on our small, initial excavation, we believe that this 63-meter (69-yard) site may be the densest area of Triassic period fossils in the nation, maybe the world. If this site can be fully excavated, it is likely that we will find many other intact specimens, and quite possibly even new vertebrate species,” said Gay, whose team’s 2017 dig was funded by a grant from a special Bureau of Land Management (BLM) program that funds such research on national monuments and other national conservation lands. This funding could be at risk now that the excavation site has been removed from protections due to President Trump‘s legally-disputed proclamation to shrink Bears Ears National Monument by more than one million acres. 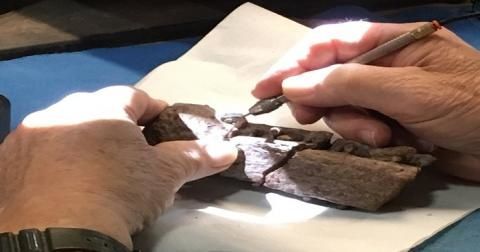 “It is extremely rare to find intact fossil skulls of specimens from this period,” Gay said of the three toothy, long-snouted fossils currently being examined at the St. George Dinosaur Discovery Site at Johnson Farm. “It is rarer still to recover fossils that have been looted, which was the case with one specimen that was missing a portion of its skull. We did a little more digging before realizing this site had been looted by someone without a permit for this kind of fossil removal.”

Upon discovering the missing skull fragment, Gay contacted the BLM’s district paleontologist and learned that a fossil matching the specimen’s description and missing the portion Gay had discovered had been surrendered by an unpermitted collector to federal officials in Arizona. Using paleontological techniques, the team matched the fossil to the recent Bears Ears findings. 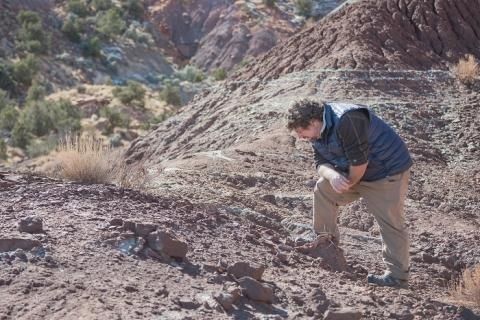 “This may be one of the only times a recovered fossil has been traced all the way back to the location where it was looted,” Gay said, adding that having so much of that fossil specimen still intact on-site was key to the identification.

“Within the paleontology community, the size of this site and the potentially large number of specimens buried there represent an extraordinary opportunity to expand our knowledge of species that lived during the Triassic period,” said Tracy J. Thomson, coordinator of the WAVP conference. “There is an incredible amount of work yet to be done and we hope that paleontological sites like this one will get the protection they need before more of our prehistoric past is forever lost to looting or irreplaceably damaged by mining in the region.” 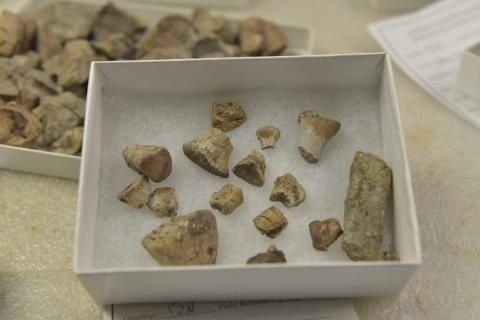 The looted fossil skull was taken from the excavation site before Bears Ears was designated a national monument in late 2016 in an effort to protect sites and other objects of scientific interest from such looting. Now that the Trump administration has slashed the size of Bears Ears, the site and its contents are once again at risk of looting and other vandalism, said Scott Miller of The Wilderness Society. He added that the entire area also could be subject to threats from mining and off-road vehicle use, both of which have a history of destroying paleontological resources in the area. 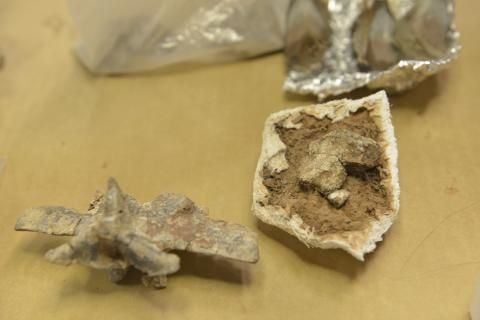 “While a discovery of this magnitude certainly is a welcome surprise, protecting such resources was the very purpose of Bears Ears National Monument,” said Miller. “That President Trump acted to revoke protections for these lands is outrageous, and that he did so despite the Department of the Interior knowing of this amazing discovery is even more shocking. I hope the courts will act quickly to restore protections for Bears Ears National Monument before any more fossils are looted from the area and lost to science.”