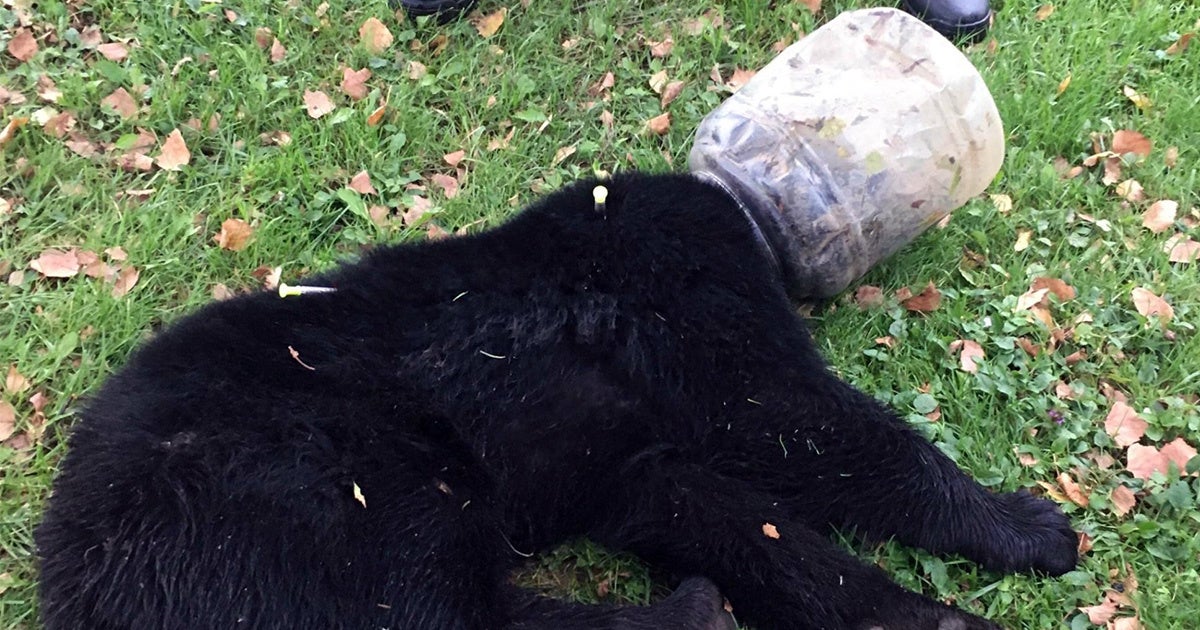 A Maryland bear cub got himself into a sticky situation over the weekend.

The 100-pound male bear earned himself the nickname “Buckethead” when he got his head stuck in a plastic jar in search of a tasty snack, BBC News reported.

Luckily, the Maryland Department of Human Resources – Wildlife & Heritage Service was able to help him out. After a three-day search, rangers located the cub, tranquilized him and removed the offending jar Saturday night, the service wrote on their Facebook page.

The cub was then immediately returned to the woods and reunited with his mother and one sibling, the service said.

The rangers said they did not know what the jar contained, only that “it smelled good,” the Huffington Post reported.

“We think it was one that had pretzels or cheese balls in it, by the shape anyway,” the department wrote on Facebook, according to the Huffington Post.

While “Buckethead” got a happy ending, the story is a serious reminder that plastic pollution poses a threat to land animals as well as marine life.

Last month, the Wildlife Rehabilitation Center at the Wisconsin Humane Society rescued five juvenile gray squirrel siblings whose tails had gotten tangled together with grass and plastic used to make their nest.

And thousands of animals who don’t make the news are killed or injured every year by trash, the Humane Society warned in an informational pamphlet called “Don’t Trash Wildlife.”

But the Humane Society also offered a list of tips so you can dispose of trash without putting bears, squirrels or other wildlife at risk.