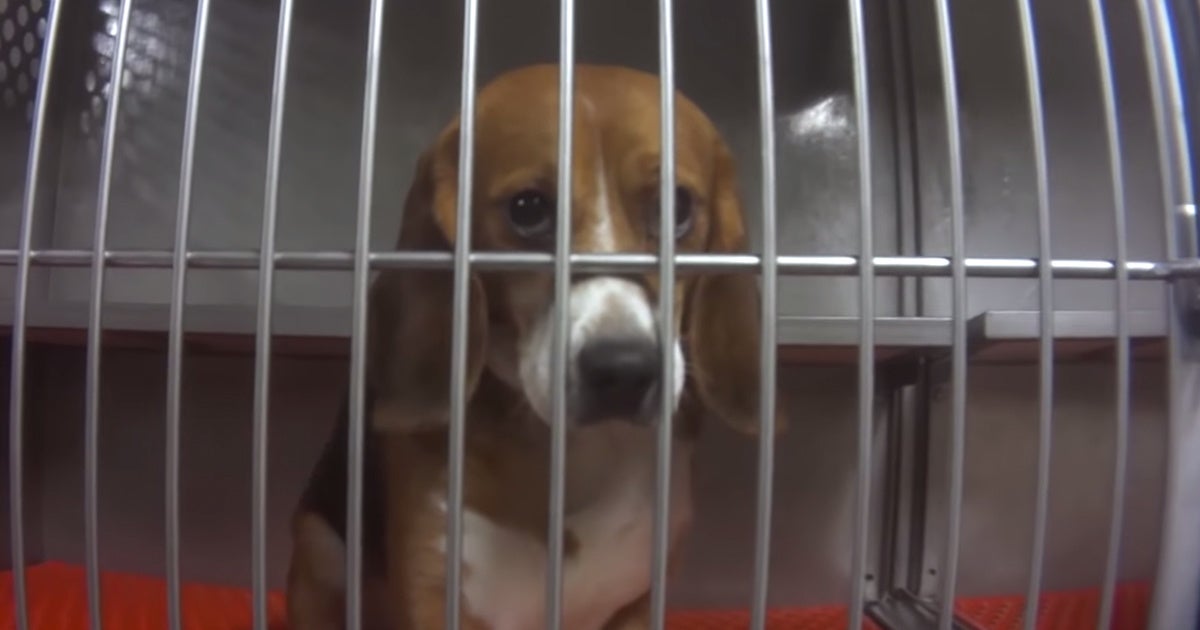 A controversial pesticide test that would have resulted in the deaths of 36 beagles has been stopped, the Humane Society of the United States (HSUS) and the company behind the test announced Monday. The announcement comes less than a week after HSUS made the test public when it released the results of an investigation into animal testing at Charles River Laboratories in Michigan.

“We have immediately ended the study that was the subject of attention last week and will make every effort to rehome the animals that were part of the study,” Corteva Agriscience, the agriculture division of DowDupont, said in a statement announcing its decision.

We've been working to refine, reduce, & replace animal tests for years. Today we’re pleased to announce our efforts resulted in a waiver & we can stop the study. We’ll make every effort to rehome the animals. Please read our full statement. pic.twitter.com/SQc5RJg41M

Corteva had been testing a new fungicide called Adavelt®, which was being force-fed to the beagles in gelatin capsules for a year. In July 2019, the dogs would have been euthanized to assess the effects of the fungicide. Corteva had been conducting the test because it was technically required by Brazil’s Agência Nacional de Vigilância Sanitária (ANVISA). The company and the Humane Society had been working with ANVISA to waive the requirement, and Corteva said it had finally received confirmation Monday from ANVISA that it did not need to proceed with the test, which it immediately halted.

“We applaud Dow AgroSciences (Corteva AgriScience) for making the right decision by ending the one-year pesticide test on 36 beagles at Charles River Laboratories in Michigan,” HSUS President and CEO Kitty Block told the Detroit Free Press. “This is a significant step that is critical to the welfare of the dogs.”

BREAKING: Dow AgroSciences (@corteva) announced it has ended the dog test we recently exposed in our undercover investigation. We are grateful they have taken this step, & hope they will work with us to re-home the animals so they get to experience life outside of a laboratory. pic.twitter.com/Kf6ewQITTT

The Humane Society also thanked the public, including the more than 300,000 people who had signed a petition to DowDupont urging the company to halt the test.

“Today’s victory would also not be possible without you, our followers,” HSUS said in a statement. “Thousands of you shared the blog and other HSUS communications on the investigation, and took action calling on Dow to release the beagles. Join us today as we celebrate this important win, for the beagles and for our global battle against animal testing.”

HSUS said that the Humane Society International had also been instrumental in securing the waiver from the Brazilian health agency.

The investigation that uncovered the beagle test was carried out between April and August 2018 at the Michigan lab. In addition to the beagle test, HSUS documented tests on dogs by at least 25 different companies, including one by Paredox Therapeutics in which beagles were used to test the impacts of drugs poured into the chest cavity and another by Above and Beyond Therapeutics in which hounds were used to test the surgical implantation of a device to pump drugs from the spinal canal.