Beaches Reopen Before Memorial Day, but Is It Safe to Go? 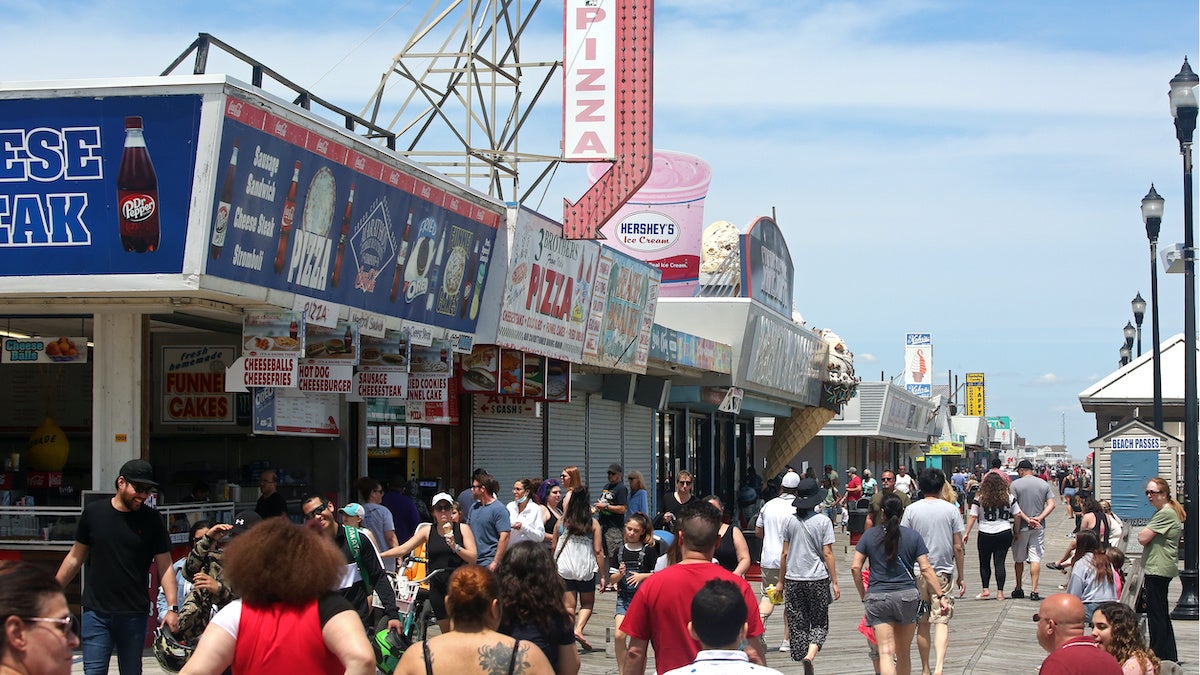 People on the Seaside Heights boardwalk as New Jersey begins to reopen beaches and boardwalks amid the novel coronavirus pandemic on May 16, 2020. Yana Paskova / Getty Images

As the nation prepares for Memorial Day weekend, the unofficial start of the summer season, beaches have started to allow access to the public, but have asked people to maintain social distancing guidelines, as CNN reported.

In Ocean City, New Jersey, a loudspeaker on the boardwalk blasted out messages every 15 minutes urging people to keep apart. “Please remember to practice social distancing while walking the boardwalk and beach. Thank you for respecting this request,” the message announced, as CNN reported.

All beaches on the Jersey Shore will reopen after Memorial Day, though local towns have jurisdiction over how many beach permits they issue. Gov. Phil Murphy also said the beaches will have to adhere to strict capacity guidelines.

Ocean City was one of three Jersey Shore beaches to take a dry-run at what reopening would look like. While people maintained distance on the beach, the boardwalk was another story, according to The Philadelphia Inquirer.

“[T]housands who crowded the Ocean City boardwalk ignored social-distancing safety protocols, standing close and even brushing against one another as the Shore readied for an uncertain summer season,” The Philadelphia Inquirer reported.

In Connecticut, authorities had to close at least 15 parks and beaches after parking lots reached capacity on Saturday. In Massachusetts, beach parking lots remain closed, with pedestrians allowed to partake in “passive recreational activities that only involve transitory movement (walking, jogging, running, etc.) and … solitary beach fishing,” according to The Associated Press.

Maine is following similar guidelines as Massachusetts as it attempts a soft reopening to see how people will follow the rules. Beaches there are reopening for movement-only activities, which include walking, running, fishing and surfing. Beachgoers are also asked to stay at least six feet apart, as the Bangor Daily News reported.

The no-sitting or sun-bathing protocol seemed to work in California too where thousands of people flocked to Los Angeles beaches for swimming and surfing, according to ABC News Los Angeles. Piers are shut down, as are most parking lots. Bike paths are also closed, but many people were out cycling.

“It was amazing. We’ve been pretty cooped up like everybody and to get out here and get in the water. The water is really nice, surprisingly warm,” said Chris Kyle, a beachgoer, to to ABC News Los Angeles.

The Los Angeles County Sheriff’s Department and police were on patrol targeting people not adhering to the mandate to keep a physical distance of 6 feet apart.

New York City, however, is another story. Mayor Bill de Blasio announced that the city’s beaches will remain closed for Memorial Day.

That has officials in nearby Long Island worried that crowds that normally flocked to the city’s beaches will now head farther east.

Democratic State Sen. Todd Kaminsky, who represents an area just outside Rockaway, told Newsday, “I think it is bad for everyone. We all have to be on the same page this upcoming weekend. If we hit hot weather, if we hit beach weather I can tell you the officials out where I am, at every level of government, are preparing for a very chaotic scene because city beaches won’t be open.”

“Everyone has a right to enjoy a safe summer with fresh air and relief from the heat, which is why the mayor’s refusal to implement social distancing guidelines and enforcement to keep NYC beaches open, like every other municipality in the tristate area, is both irresponsible and short sighted,” said Nassau communications director Christine Geed to Newsday.