Beaches Closing for July 4 Weekend Due to COVID-19 Surges 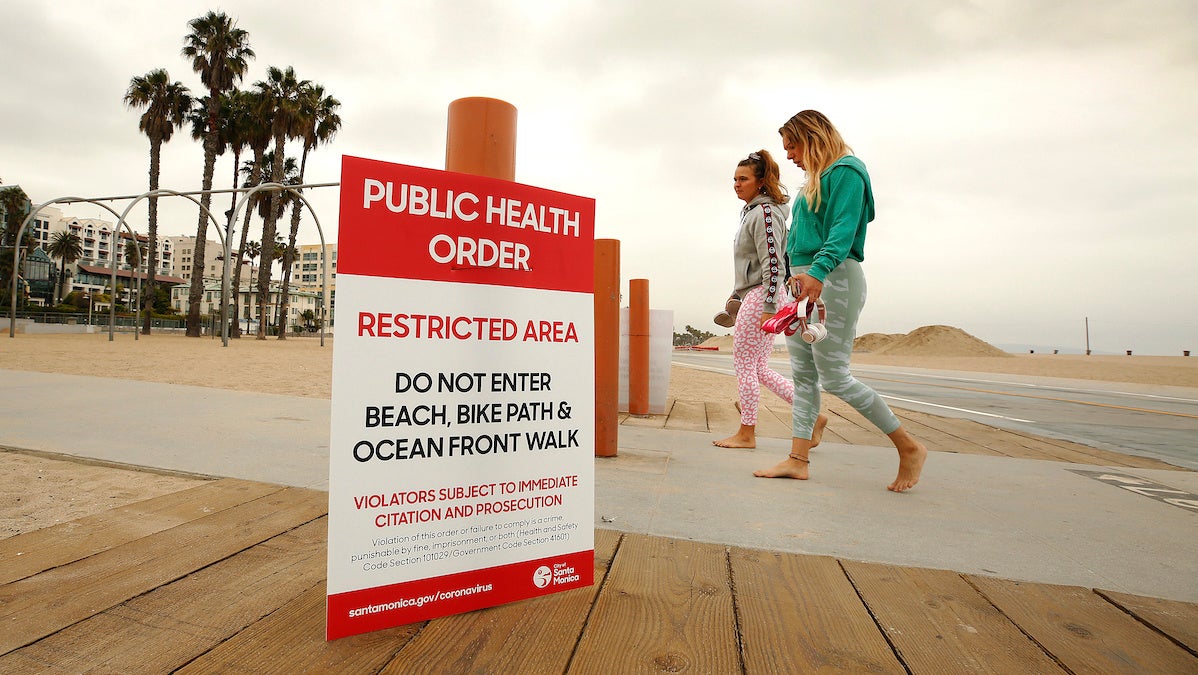 Women walk from Santa Monica beach after a social media workout on the sand on May 12, 2020 in Santa Monica, California. Al Seib / Los Angeles Times via Getty Images

Independence Day weekend is a busy time for coastal communities as people flock to the beaches to soak up the sun during the summer holiday. This year is different. Some of the country’s most popular beach destinations in Florida and California have decided to close their beaches to stop the surge in coronavirus cases.

In Florida, Miami-Dade County Mayor Carlos Gimenez announced last week that all beaches and parks in the county will close from Friday, July 3, through Tuesday, July 7, as CNN reported. He added that the closed beaches might not reopen next week if coronavirus cases continue to rise and people are not adhering to social distancing and face mask guidelines.

“As we continue to see more COVID-19 positive test results among young adults and rising hospitalizations, I have decided that the only prudent thing to do to tamp down this recent uptick is to crack down on recreational activities that put our overall community at higher risk,” Gimenez said in a news release last week.

Once Miami-Dade County made that decision, the ripple effect extended to surrounding areas as one county after another worried about an influx of visitors and started to close beaches as well. Broward County was quick to follow when it tweeted its closures. The domino effect continued with Monroe, Palm Beach, Martin and St. Lucie counties and the city of Vero Beach following Miami-Dade’s lead, according to the Palm Beach Post.

“The reason why we’re doing this is because we feel that we will not be able to provide the necessary safe environment that everyone is entitled to enjoy when they come to our beaches,” said Fort Lauderdale Mayor Dean Trantalis, as CNN reported.

Across the country, in California, where there are nearly 250,000 coronavirus cases, beaches in Los Angeles will county will be closed for the holiday weekend, from Friday through Monday. That includes a complete ban on fireworks in an effort to “prevent dangerous crowding that results in the spread of deadly COVID-19,” the Los Angeles County Department of Public Health said in a statement earlier this week, according to Newsweek.

Los Angeles County Supervisor Janice Hahn tweeted on Monday: “We had almost 3,000 reported cases just today. We cannot risk having crowds at the beach this holiday weekend,” in a post on her official Twitter account.

Following those orders, Governor Gavin Newsom announced Wednesday that state beaches in Southern California and the Bay Area will be closed this weekend, as the Sacramento Bee reported.

In New England, officials are worried about more than just the coronavirus. While officials in Cape Cod are expecting smaller than usual crowds due to COVID-19, they are warning beach visitors that a large number of great white sharks have been spotted in the area, according to The Guardian.

Leslie Reynolds, the chief ranger with Cape Cod National Seashore, warned the powerful predators were coming close enough to shore to be a concern for swimmers at a recent news conference.

“Yes, we’re in the middle of a pandemic, but if you choose to recreate in the water off Cape Cod, it is home to white sharks and they’re coming close to shore,” said Reynolds, as The New York Times reported.

Great whites frequently visit the waters off Cape Cod to prey on the large seal colonies that live there.

“It’s kind of like when a new restaurant opens and people realize it’s a really good spot, and someone else discovers it and slowly the clientele builds,” said Gregory B. Skomal, a senior fisheries scientist at the Massachusetts Division of Marine Fisheries, about the uptick in great whites recently, to The New York Times.