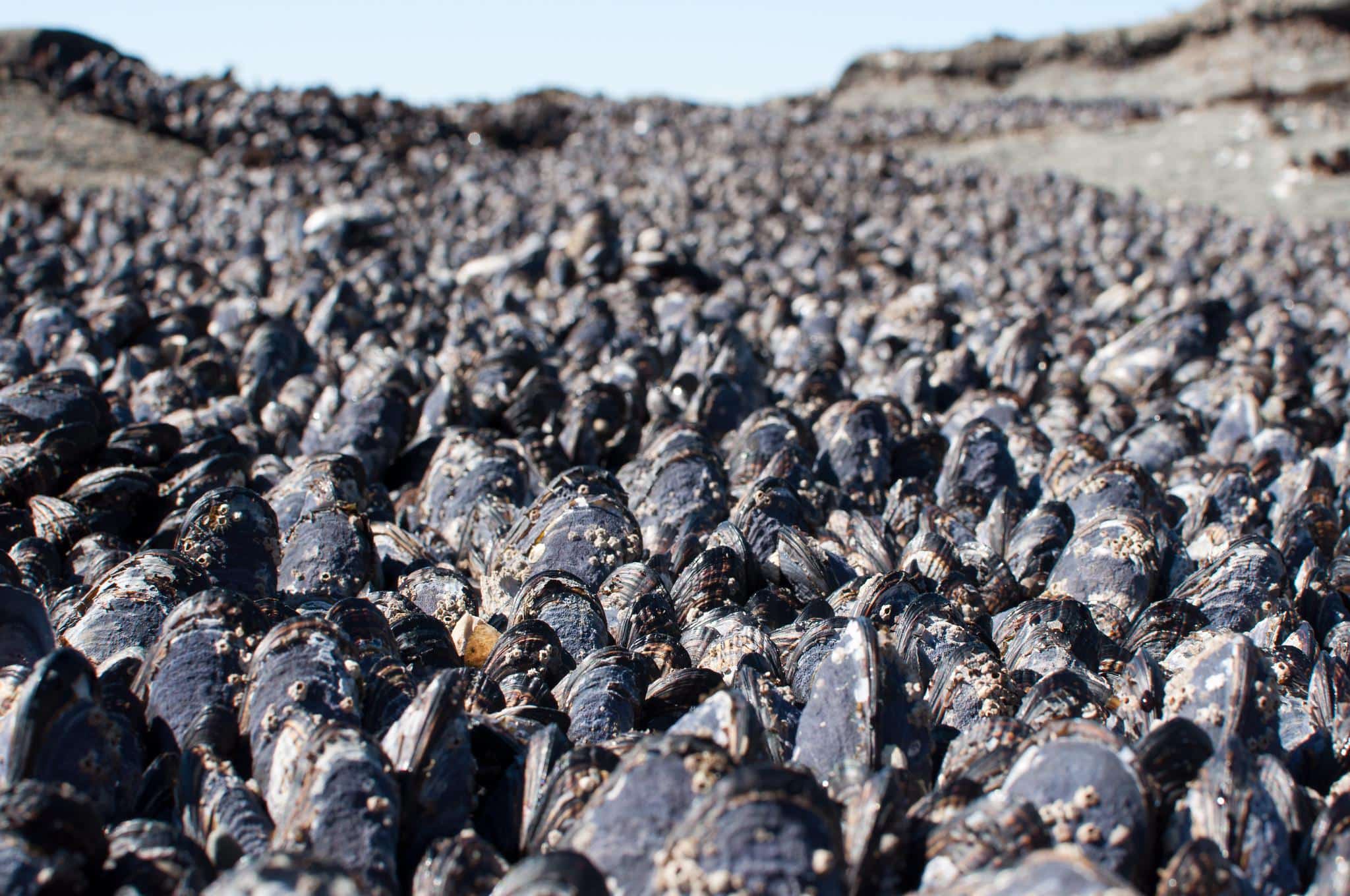 “Can we now mobilize en masse to save all Earthly beings?” asked another.

Those were some of the responses to new reporting by the CBC on how last week’s extreme heatwave that gripped British Columbia may have led to the deaths of more than one billion intertidal animals like mussels and starfish that inhabit the Salish Sea coastline.

Christopher Harley, a marine ecologist at the University of British Columbia, told the outlet about how he had noticed a foul odor from dead intertidal animals on rocks at Vancouver’s popular Kitsilano Beach as the city experienced record heat. Harley then set off with a team of researchers to gather data on nearby coastlines.

What the researchers noticed, CBC reported, were “endless rows of mussels with dead meat attached inside the shell, along with other dead creatures like sea stars and barnacles.”

They tracked temperatures too, recording 50°C (122°F) on rocky shoreline habitats, well above the high 30s (around 100°F) mussels can endure for short spurts. Harley likened a mussel on the rock enduring the scorching temperatures to “a toddler left in a car on a hot day”—stuck “at the mercy of the environment” until the tide returns. “And on Saturday, Sunday, Monday, during the heat wave, it just got so hot that the mussels, there was nothing they could do.”

The heat wave was deadly for humans too.

Lisa Lapointe, British Columbia’s chief coroner, announced Friday that from June 25 to July 1, the province’s death toll was 719—three times higher than normal—and said heat was likely “a significant contributing factor to the increased number of deaths.” The heat wave was also blamed for dozens of deaths in the U.S. states of Oregon and Washington.

The recent heat wave’s deadly impact on shellfish was noted in the U.S. Pacific Northwest as well.

The Daily Mail reported last week on comments from the family-run Hama Hama Oyster company in Washington. “The epic heatwave is something no one has seen and then we had a low tide that was as far as it has been in 15 years and it happened mid-day,” the company said.

The clams “look like they had just been cooked, like they were ready to eat,” the company told the outlet.

In a June 30 Instagram post sharing an image of heat-impact clams, the company had a clear message: “Please vote for politicians who are brave enough to address climate change.”