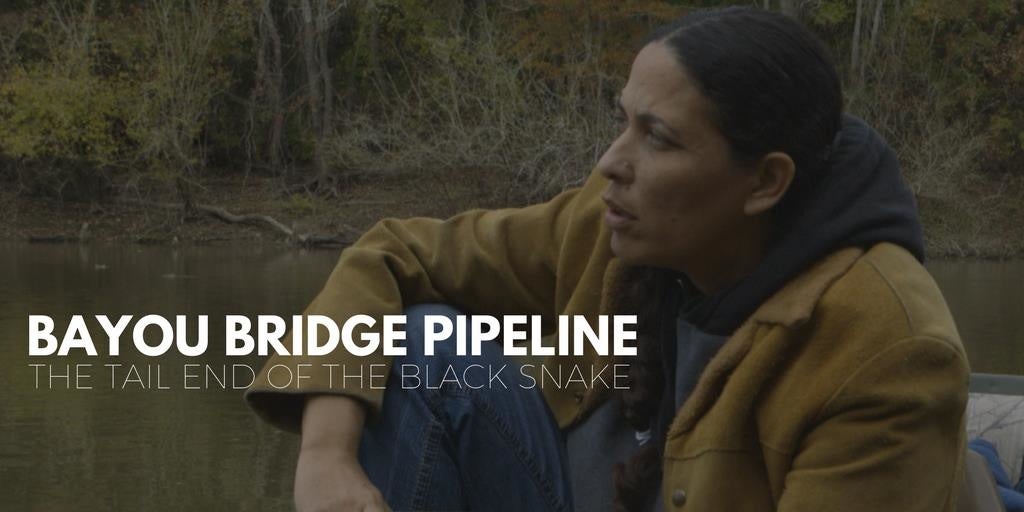 The permit was issued for the last 18-mile stretch of the fracked oil pipeline that would have run through the riverside town of St. James Parish, where dozens of refineries and industrial facilities are already fueling a public health crisis in the mostly African-American community.

The proposed 162-mile Bayou Bridge pipeline would connect the contentious Dakota Access Pipeline to the Gulf of Mexico.

As noted by the Bridge the Gulf Project, the judge ruled that the permit granted by the state’s Department of Natural Resources (DNR) was illegal because it did not take into consideration the impacts the project would have on the town.

In his April 30 decision, made public on Monday, 23rd Judicial District Court Judge Alvin Turner Jr. held, “Once constructed, this pipeline has the potential to impact some of Louisiana’s most coveted and ecologically sensitive areas such as the Atchafalaya Basin, as well as other wetlands through Louisiana.”

He also wrote, “the permit application does not include an emergency response plan nor does it address potential spills that may occur after construction once the pipeline is operational.”

Among other decisions, the court ordered DNR to require the pipeline builders “to develop effective environmental protection and emergency or contingency plans relative to evacuations in the event of a spill or other disaster.”

The plaintiffs include St. James residents, H.E.L.P. association, the Gulf Restoration Network, the Atchafalaya Basinkeeper and Bold Louisiana. They were represented by the Tulane Environmental Law Clinic.

“Here in St. James, we are in desperate need for an evacuation plan that will allow us to get out fast when something spills or explodes,” said Genevieve Butler, resident of St. James and petitioner in the lawsuit, in a statement received by EcoWatch.

“More facilities keep coming, and each one puts us at more risk, but none of them want to do anything about our situation. Well, now Bayou Bridge has to step up. I hope all the others see this ruling as a sign that they have to give our community the protection we deserve.”

Pastor Harry Joseph of Mt. Triumph Baptist Church and another petitioner added, “It seems like the state agency didn’t think too much about the people who live here when it was giving Bayou Bridge this permit, and neither did Bayou Bridge. So we went to court, to somebody who we felt would listen to us, and he did.”

In a Facebook post, pipeline opponents L’eau Est La Vie Camp heralded the ruling for “setting the stage for the suspension of a key permit that is needed to construct the Bayou Bridge Pipeline in St. James and other areas in eastern Louisiana.”

Patrick Courreges, a spokesman for DNR, told the Times-Picayune the agency’s staff believed it was following the rules correctly under state law.

“The court has ruled otherwise,” he noted. It is unclear if the DNR will appeal the decision.

Energy Transfer Partners spokeswoman Vicki Granado told the newspaper, “We do not typically comment on pending or current litigation. We would like to reiterate, however, that we will continue to follow all of the stipulations of our permits, as we have always done.”

The energy company has reported hundreds of thousands of gallons of spills from pipelines between 2015 and 2016, according to a report from the Louisiana Bucket Brigade and DisasterMap.net. Energy Transfer Partners and its subsidiary Sunoco have filed 69 accidents in two years to the National Response Center, the federal contact point for oil spills and industrial accidents.

That’s 2.8 accidents every month, the analysis said, adding that “these are just the accidents that are reported.”