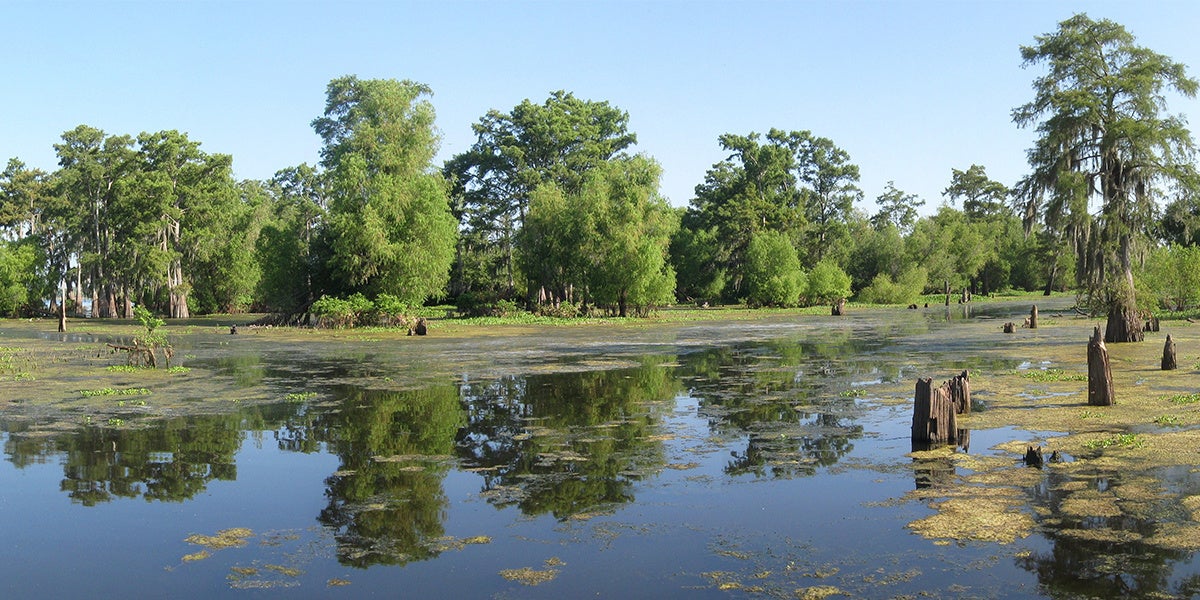 Federal District Court Judge Shelly Dick on Friday halted the construction of the controversial Bayou Bridge pipeline across the Atchafalaya Basin. The decision grants a preliminary injunction to prevent ongoing irreparable harm to this ecological treasure while a lawsuit, filed Jan. 11, is being heard.

The Atchafalaya Basin is located in southern Louisiana. The proposed Bayou Bridge pipeline would connect the Dakota Access Pipeline to the Gulf of Mexico.

The groups recently presented live testimony during a hearing showing that the ancient cypress and tupelo trees slated to be turned into mulch while the pipeline right-of-way is being cleared would never return, including evidence that these old-growth trees are the Noah’s Ark of the swamp—providing habitat for migratory birds, bears, bats and numerous other wildlife.

In addition, the groups showed that pipeline construction would further degrade nearby fishing grounds that local commercial crawfishers rely on for their livelihood.

“The court’s ruling recognizes the serious threat this pipeline poses to the Atchafalaya Basin, one of our country’s ecological and cultural crown jewels,” said Jan Hasselman, attorney from Earthjustice representing plaintiffs in this matter. “For now, at least, the Atchafalaya is safe from this company’s incompetence and greed.”

Jody Meche, a third-generation commercial crawfisher and president of the Louisiana Crawfish Producers Association-West, testified about how the Bayou Bridge pipeline would make existing problems worse—problems created by the irresponsible behavior of oil and gas companies during construction to previous pipelines in the basin.

These problems include hypoxic water conditions that kill crawfish, eliminating harvests in areas of the Basin, the safety of local communities and the survival of Cajun culture.

“We fight the fight for years, telling our story, raising public awareness about the issues we have in the Atchafalaya Basin,” Meche said. “It felt great to finally be able to tell my story in a courtroom.” 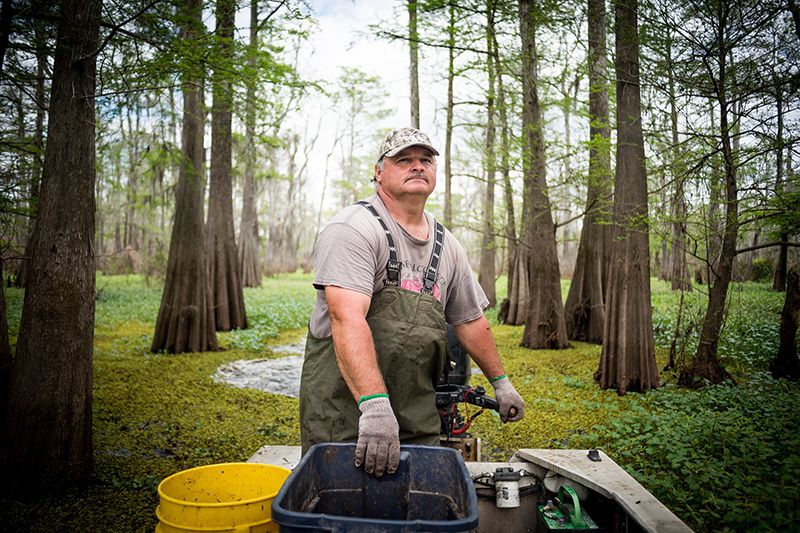 Crawfisherman Jody Meche drives through Louisiana’s Atchafalaya Basin on his way to check his traps. Read a Q&A with Meche.Emily Kasik

“After years of witnessing the systematic destruction of the Basin with impunity by these companies, while our government turns a blind eye, it felt good to finally tell our story to a person with the power to make a difference,” said Dean Wilson, executive director of Atchafalaya Basinkeeper.

The groups also raised concerns about the fact that construction of the pipeline would decrease natural flood protection in the basin, which acts as the major floodway project that protects millions of people in coastal Louisiana and the Mississippi River valley from Mississippi flood waters. 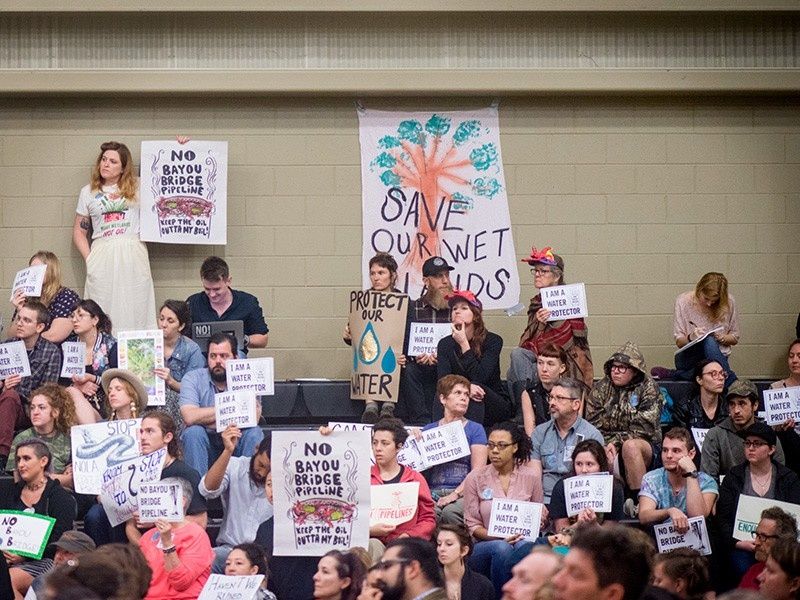 A community meeting in Napoleonville, Louisiana, on the Bayou Bridge pipeline on Feb. 8, 2017, where residents voiced opposition to the project.Emily Kasik

The Bayou Bridge pipeline project proposes to connect the controversial Dakota Access Pipeline, which transports volatile and explosive Bakken crude oil from North Dakota to refineries in St. James Parish and export terminals, forming the southern leg of the Bakken Pipeline. Energy Transfer Partners (ETP), which owns the Dakota Access Pipeline and is a joint owner in the proposed Bayou Bridge Pipeline, has one of the worst safety and compliance records in the industry. 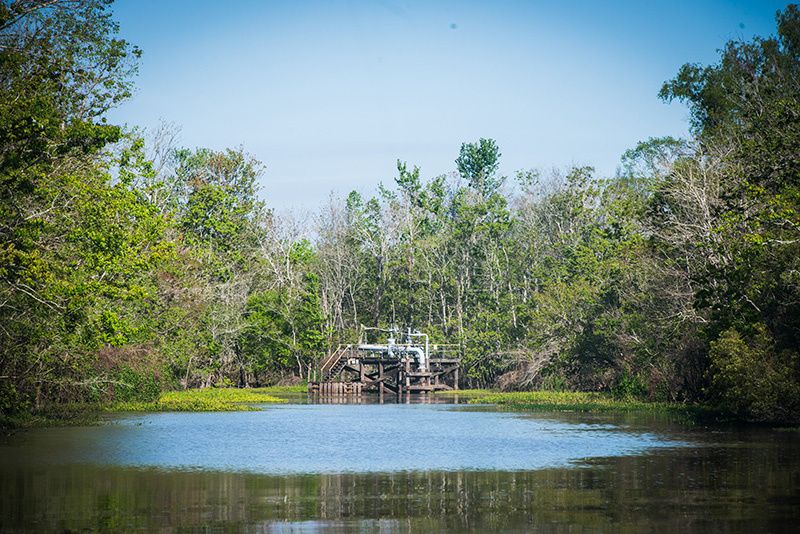 Oil and gas infrastructure in the basin, where hundreds of pipelines have been built.Emily Kasik

Federal data shows that Energy Transfer Partners and its subsidiary Sunoco Inc. have been responsible for hundreds of significant pipeline incidents across the country in the last decade.

Last week, Sunoco was fined a record $12.6 million by the Pennsylvania Department of Environmental Protection for violations incurred during the construction of the Mariner East 2 Pipeline.

The court ordered BBP to halt construction, citing the need to prevent further irreparable harm until the matter can be tried on the merits. The judge said the court would provide a more detailed opinion at a later date.

“The Bayou Bridge pipeline would pose an unacceptable risk to the wetlands, water, and communities along its route, and should never be built. It is a relief that the court has granted this injunction so we can make our case against this dirty, dangerous pipeline, and we will continue to fight until it is stopped for good,” said Julie Rosenzweig, Sierra Club Delta Chapter director.