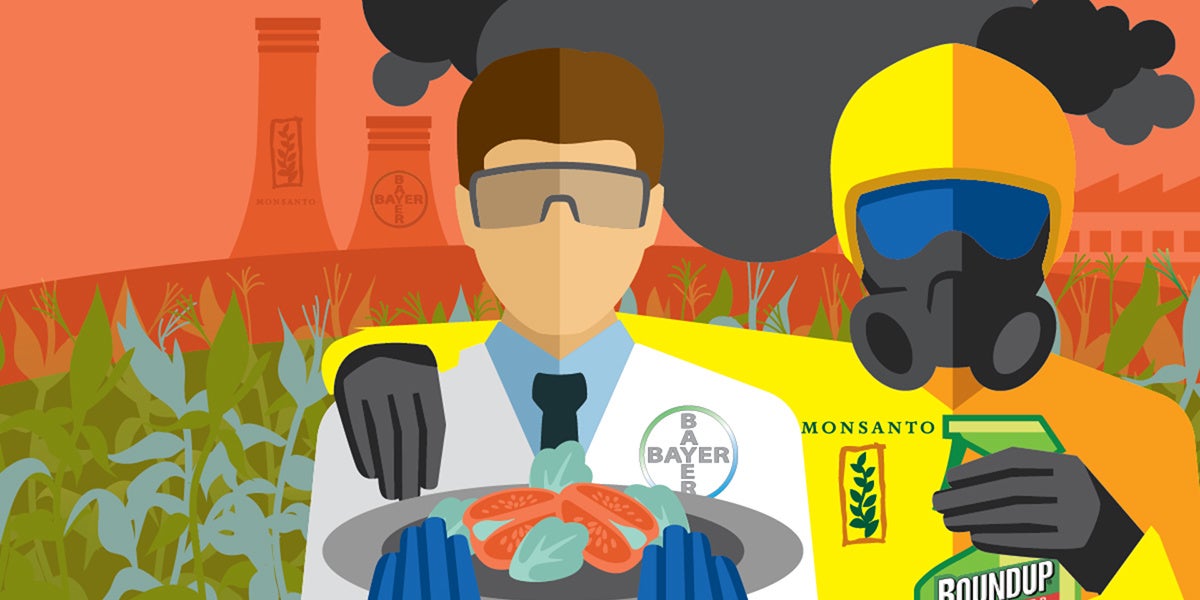 Green groups and opponents of the powerful corporate interests that dominate the global food system expressed dismay on Tuesday after the U.S. Department of Justice announced tentative approval of a merger between the U.S.-based agro-chemical company Monsanto and the German pharmaceutical giant Bayer.

Dubbed the “merger from hell” by critics, Trump’s DOJ reportedly mediated and approved a deal in which the two companies agreed to shed portions of their businesses as a way to alleviate monopoly concerns.

“The settlement,” reported Bloomberg, “came together after Justice Department antitrust officials pressed for significant divestitures to remedy the competition problems from combining the two companies. The companies have received antitrust approval from most jurisdictions around the world. Bayer has said it’s confident the deal will close by the June 14 deadline.”

Though predicted, the news was met with vocal displeasure by environmental groups and those opposed to a food system driven by consolidated corporate power, industrial-scale farming, and for-profit greed:

This is not good news. 😥😕 Allowing these two companies to merge into the world’s largest seed & #pesticide company spells disaster for consumers, for the #environment and for #farmers who will now have even fewer choices. #BayerMonsanto #PoisonCartel https://t.co/hflclQqchq

“This toxic mega-merger is another Trump Administration handout to an industry that’s poisoning people and the planet,” declared Tiffany Finck-Haynes, senior food futures campaigner with Friends of the Earth, in response to the announcement. “The Department of Justice is prioritizing corporate profits instead of listening to the 1 million Americans who spoke out against the merger. DOJ also failed to listen to more than 93 percent of polled farmers who are concerned about the merger.”

The American people, added Fink-Haynes, “deserve better than corporate monopolies that drive up food prices and put family farmers out of business. The DOJ’s weak divestment requirements will do nothing to stop Bayer-Monsanto from controlling more and more of our food system. This merger will damage the bargaining power of family farmers, prevent farmers from accessing diverse seed varieties, and allow seed prices to rise.”