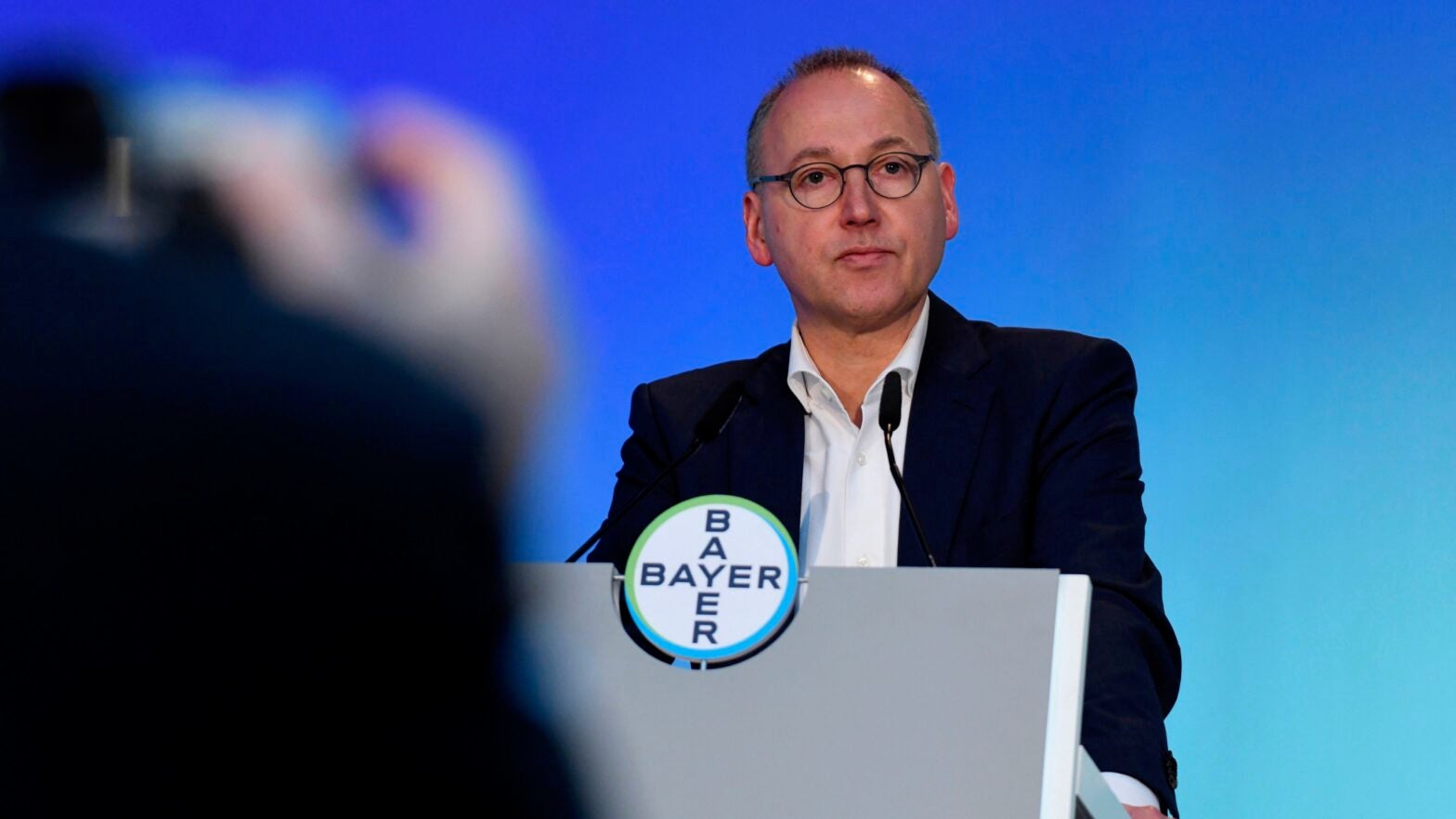 A California shareholder of Bayer AG on Friday filed a lawsuit against the companies’ top executives claiming they breached their duty of “prudence” and “loyalty” to the company and investors by buying Monsanto Co. in 2018, an acquisition the suit claims has “inflicted billions of dollars of damages” on the company.

Plaintiff Rebecca R. Haussmann, trustee of the Konstantin S. Haussmann Trust, is the sole named plaintiff in the suit, which was filed in New York County Supreme Court. The named defendants include Bayer CEO Werner Baumann, who orchestrated the $63 billion Monsanto purchase, and Bayer Chairman Werner Wenning, who announced last month he was stepping down from the company earlier than planned. The suit claims that Wenning’s decision came after Bayer improperly obtained a copy of the then-draft shareholder lawsuit “through corporate espionage.”

The action is a shareholder derivative complaint, meaning it is brought on behalf of the company against company insiders. It seeks compensatory damages for shareholders and disgorgement of “all compensation paid to the Bayer Managers and Supervisors who participated in bringing about this Acquisition…” The suit also seeks return of funds paid to banks and law firms involved in the acquisition.

The defendants include not only Baumann and Wenning, but also some present and former Bayer directors and top managers, as well as BOFA Securities, Inc., Bank of America, Credit Suisse Group AG and the law firms of Sullivan & Cromwell LLP and Linklaters LLP.

A Bayer spokesman did not respond to a request for comment.

The lawsuit comes a little more than a month before Bayer’s April 28 annual shareholders’ meeting in Bonn, Germany. At last year’s annual meeting, 55 percent of shareholders registered their unhappiness with Baumann and other managers over the Monsanto deal and the subsequent loss of roughly billion in market value.

Bayer’s purchase of Monsanto has been clouded by tens of thousands of lawsuits alleging Monsanto’s glyphosate-based herbicides cause non-Hodgkin lymphoma and that the company deceived customers about the risks. Bayer proceeded with the acquisition even after the International Agency for Research on Cancer in 2015 classified glyphosate as a probable human carcinogen with a positive association to non-Hodgkin lymphoma, and despite knowledge of the spreading legal claims.

Bayer then completed the Monsanto purchase just two months before the first Roundup cancer trial ended with a 9 million verdict against the company. Since that time two more trials have ended in similar findings against the company with verdicts totaling more than billion, though the trial judges in each case have lowered the verdicts. All are now on appeal.

Bayer has said there are more than 45,000 plaintiffs currently making similar claims. The company has been working to settle the lawsuits for a figure widely reported to be around billion but has thus far not been successful in putting an end to the litigation.

The lawsuit claims that during 2017 and 2018, as the filing of new Roundup cancer lawsuits was escalating, the ability of Bayer management to conduct due diligence into Monsanto and the litigation risks was “severely restricted.” As a result, “Bayer could not conduct the kind of intrusive and thorough due diligence into Monsanto’s business and legal affairs called for under the circumstances.”

The suit claims that Monsanto did not disclose a material risk from Roundup and failed to quantify any potential financial impact. Monsanto’s executives “had every incentive to minimize the Roundup risk in order to get Bayer to close the deal,” the lawsuit states.

The shareholder lawsuit claims that “these types of mass-tort cases… can destroy a company.”

The lawsuit points to the fact that Monsanto’s glyphosate herbicides are now being restricted and/or banned in many parts of the world, including in Germany.

“The Monsanto Acquisition is a disaster. Roundup is doomed as a commercial product,” the lawsuit states.

Reposted with permission from U.S. Right to Know.