Battle Over Coal Trafficking Heats Up at Hearing 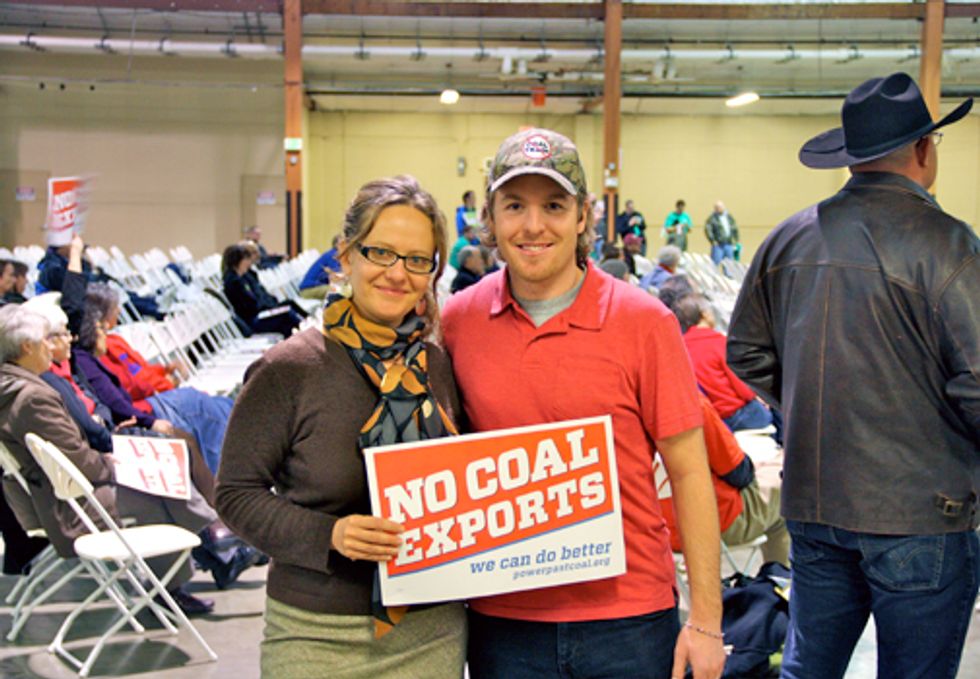 On Dec. 4 in Spokane, Washington, more than 800 people packed the Spokane County Fairgrounds for the fifth of seven scheduled public hearings on the proposed Cherry Point coal terminal in Whatcom County. Nearly 700 people showed up to oppose the construction of the largest coal export terminal in North America.

Included in opposition were citizens from Washington, Idaho, Oregon, Wyoming and Montana, including tribal leaders, farmers and a very inspiring fourth grader who garnered the only permitted applause of the afternoon.

We were simultaneously inspired and outraged by what happened in Spokane last night. On one hand, the overwhelming passion, perseverance and diversity of those who spoke in opposition was moving, but on the other hand the misguided frustration and short-term interests of those in favor was demoralizing. Here are some of our frustrations from yesterday:

But we don’t want to focus on the most frustrating aspects of last night’s hearing, we want to tell you why it inspired us and renewed our faith in the goodness, intelligence and fair-mindedness of our fellow citizens.

We saw hundreds of people give up their usual Tuesday night activities with friends and family to stand up for the future of our planet. It was profoundly humbling to be a part of the growing global citizens movement to disenthrall ourselves from a dangerous addiction to fossil fuels. We heard moving testimony from elected officials, doctors, tribal members, community groups, business owners, farmers, ranchers and environmental groups. We were proud to add to that testimony with words from our Waterkeepers in India, Bangladesh and China.

The unified message brought forward by those of us who spoke out against the lunacy of the Cherry Point coal export terminal was:

Fifty years from now, future generations will look back at us and note who fiddled while the planet burned, who poured gas on the fire and who did their best to put it out. It was profoundly humbling to stand in solidarity with so many people last night who were willing to pick up the hose and try their best to put out the fire. We look forward to upcoming hearings in Portland, Oregon on Dec. 6, Vancouver, Washington on Dec. 12 and Seattle, Washington on Dec. 13, when more people will come together to combat the global conflagration that awaits us if we continue mining, transporting and burning coal.