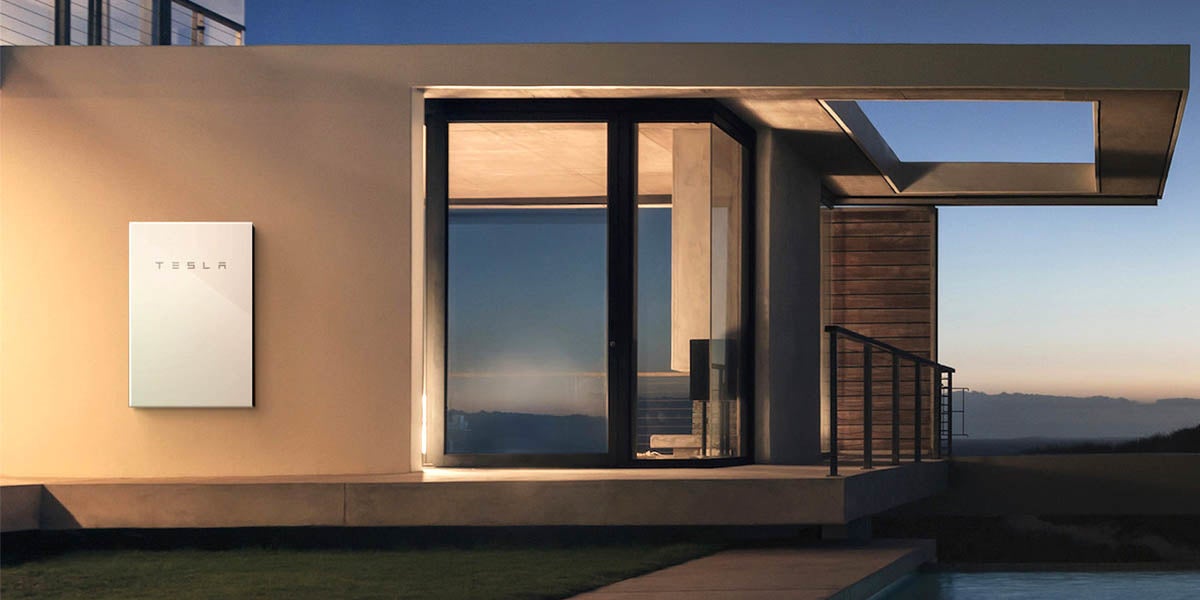 Storage solutions, such as Tesla's Powerwall domestic battery, are "moving from the grid to the garage to the landing at home." Tesla Motors

If we want to accelerate the world’s
renewable energy transition, we’ll have to modernize the electric grid and we’ll need much better batteries. Just look at Germany, which generates so much clean energy on particularly windy and sunny days that electricity prices are often negative.

Sure this is good news for a German person’s wallet, but as the
New York Times noted, “Germany’s power grid, like most others around the world, has not yet adapted to the increasing amounts of renewable energy being produced.”

The problem is that the electrical grid was designed for fossil fuel use, meaning it can struggle to manage all the renewable energy being added to the grid.
For instance, California sometimes produces so much solar power that is has to pay neighboring Arizona to take the excess electricity that Californians aren’t using to avoid overloading the power lines. Meanwhile, battery storage capacity is not yet advanced enough to take in the surplus generation.

Thankfully, a sea change appears to be well underway.

“We will see a tipping point,” Alasdair Cameron, renewable energy campaigner at
Friends of the Earth, told WIRED. “Even IKEA has launched a renewable solar battery power storage for domestic use.”

Coupled with
Tesla‘s Powerwall domestic battery, Cameron added, “storage is moving from the grid to the garage to the landing at home.”

Furthermore, WIRED pointed out, companies such as EDF Renewable Energy, electric services company E.ON and Dyson are investing in storage development. Energy giants ExxonMobil, Shell and Total are also coming on board with renewable battery systems.

In November 2016, Ta’u, an island in American Samoa,
turned its nose at fossil fuels and is now almost 100 percent powered with solar panels and batteries thanks to technology from Tesla and SolarCity.

And
this past October, Scotland switched on the Hywind Scotland, the world’s first floating wind farm, that’s linked with Statoil’s Batwind, a lithium battery that can store one megawatt-hour of power to help mitigate intermittency and optimize output.

All that said, 2018 could be a major year for batteries. As WIRED reported:

“According to Hugh McNeal of the wind industry’s trade body RenewableUK and solar expert Simon Virley of KPMG, this storage revolution is capable of transforming the industry. In 2018, it will become even more competitive and reliable—and will sound the death knell for fossil fuels in the process.”