Why Are America’s Bats Disappearing? 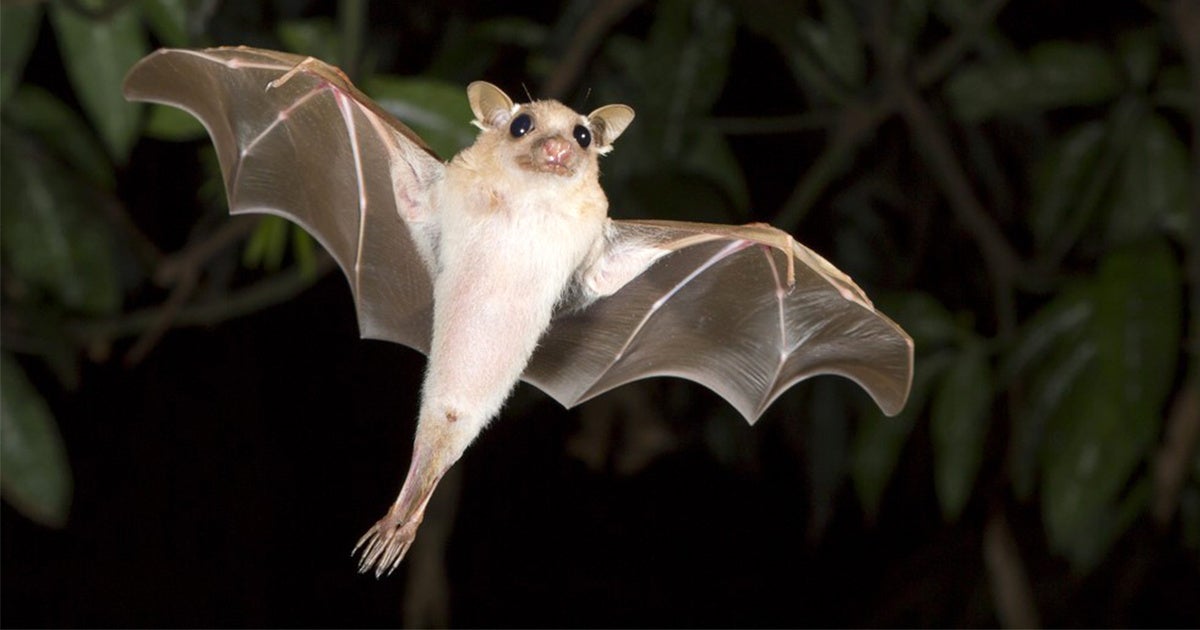 It’s Friday evening in Pittsburgh, and the mosquitoes are out in force. One bites at my arm and I try to slap it away. Another takes the opportunity to land on my neck. I manage to shoo this one off before it tastes blood.

I’m at Carrie Furnaces, a massive historic ironworks on the banks of Pennsylvania’s Monongahela River. Stories-tall rusting structures loom all around me, as do the occasional trees poking their way out of the ground. A tour guide, leading a group from the Society of Environmental Journalists conference, tells me the soil here is full of heavy metals and other pollutants from the factory, which operated for nearly a century before closing in 1982.

Plants and trees have started to recolonize the area, but cleaning up the soil itself remains an unlikely task that could cost millions and millions of dollars—if it’s even feasible. Another nearby site, he tells me, was so polluted that it couldn’t be reclaimed and had to be paved over.

For a moment, as I walk the grounds around Carrie Furnaces, I wonder about the toxic substances biding their time beneath my feet. Quickly, though, I become more concerned about what’s in the air—or what’s missing from it. As another bug lands on my hand, I can’t help but think we’d be experiencing fewer mosquito bites if Pennsylvania’s bat populations had not been devastated over the past 10 years.

It’s a day earlier, and the sun is still young in the morning sky. A group of journalists from the conference has piled onto a bus on our way to Laurel Caverns, the biggest cave system in Pennsylvania. With us are representatives of the U.S. Fish and Wildlife Service (USFWS), there to tell us about a fungus called Pseudogymnoascus destructans, best known by the name of the often-fatal disease it causes in bats, white-nose syndrome (WNS).

Since the pathogen first turned up in 2006, millions of bats have fallen victim to its deadly embrace. It often collects around their snouts, which is where the disease got its name, but that’s not where the worst damage occurs. “It erodes right through their wing membranes,” Robyn Niver, endangered species biologist with the USFWS, told us during the two-hour bus ride from downtown Pittsburgh. “Flight is extremely important for bats, and the fungus affects their basic ability to move around and forage for themselves.”

The easily transmissible fungus also does something to bats’ metabolism, causing the animals to wake up during hibernation more than twice as often as they normally would. This increase in winter activity burns up the bats’ winter reserves of fat, water and electrolytes, leaving the animals hungry, thirsty and confused. “If they go out to forage in the winter, there’s nothing available to them,” Niver said. “They’ll go out on the landscape and just die. Sometimes you’ll see piles of dead bats. Other times they’re just gone.” Caves that once held tens of thousands of bats now, more often than not, now lie nearly empty. 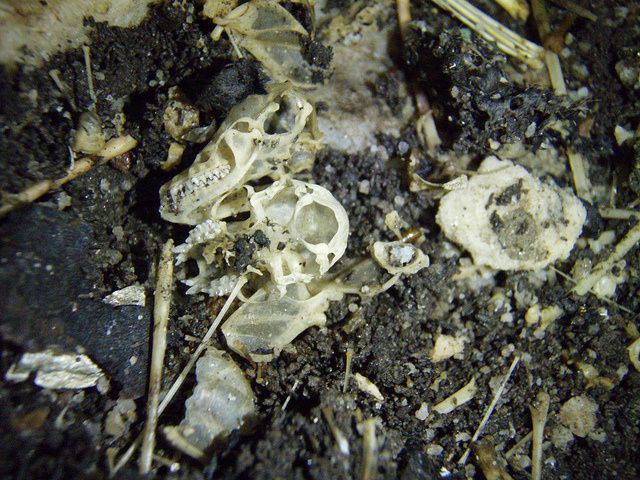 Bat skulls and bones on the floor of Aeolus Cave, a white-nose syndrome site in Vermont. Ann Froschauer / USFWS

That’s the case in Laurel Canyons. Before the disease turned up, the caves were the winter home of a relatively small population of hibernating bats, about 2,500 animals from four species. Last year, Canyons representative Laura Hall later told us, they counted just 12 bats.

We knew going into Laurel Canyons for our two-hour underground tour that we weren’t likely to see any of the flying mammals. For one thing, it was still a few weeks before hibernation season. For another, the guides wouldn’t have taken us into the bats’ hibernacula. But still, knowing what we knew, the caves we explored felt eerily silent and empty.

Other Pennsylvania caves must seem even worse. Greg Turner, a mammologist and WNS researcher with the state’s Bureau of Wildlife Management, shared information on bat declines throughout the state. One mine, he told us, had more than 30,000 bats in 2007. White-nose syndrome arrived just three years later. By 2013 only 155 bats remained. In cave after cave, that pattern has repeated itself.

And Pennsylvania is not alone. White-nose can now be found in 31 states and 5 Canadian provinces and has affected nine bat species, including the endangered gray bat (Myotis grisescens) and Indiana bat (M. sodalis). Some populations have fallen 99 percent or more, meaning other species could soon become officially endangered. 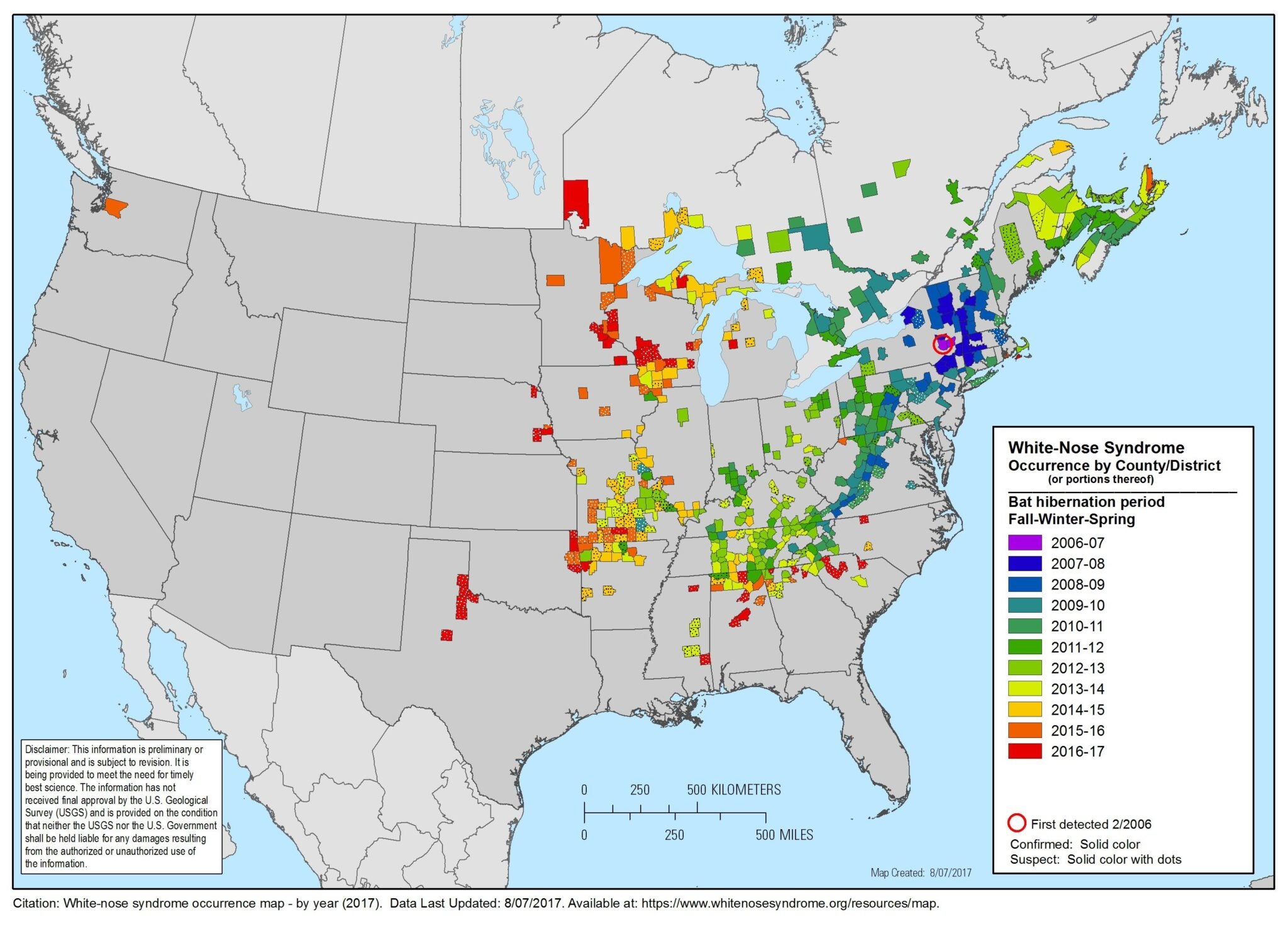 When the fungus first turned up—probably accidentally carried by humans from Europe, where it has no effect on the continent’s bats, to a cave in Albany, New York—no one expected it to be as bad as it has become. “We all just thought, maybe it will only be in one site and it won’t be a big deal,” Niver said. “Then the next year happened. 2008 was a terrible year. We had mass mortality in Vermont.” Some estimates suggest half a million bats died that winter.

After that the disease just “took off,” she said. “We were hopeful it wasn’t going to be much of anything, but every winter just was devastatingly proving us wrong. It was terrible.”

Biologists around the northeast scrambled to figure out what was happening. “There were just these bats dying and there was nothing we could do,” Niver said. “We didn’t know what was killing them. We would have these weekly phone calls just trying to figure out who found it where and on which species. We went through all the steps of grief.”

Fortunately, there was already a model for figuring out these types of pathogens: the working groups for bee colony collapse disorder. Biologists quickly organized, developed their own working group, identified the fungus and developed protocols to help slow its spread.

Those protocols for human activity, however, can only do so much when all it takes is the beat of a bat’s wings to spread tiny but deadly fungal spores to all of its neighbors. And protocols can’t stop bats from migrating, which has taken the fungus from coast to coast in just over a decade. As that happened, the death toll has climbed. Biologists estimate that at least five to six million bats—probably more—have died since 2007.

What is the impact of these mass bat fatalities? It’s too early to know. “I feel like we’re just in this huge environmental experiment,” Niver told me. Scientists never had very good information on insect populations, so we don’t know how exactly they’re changing as the bats disappear. She suggests it’s time to start keeping an eye on things like gypsy moth or tent caterpillar outbreaks, which could become a problem without bats to control the insects’ populations. Other pest insects could also be a problem; a 2011 study estimated that bats provide an estimated $22.9 billion a year in economic services by eating insects that could damage crops.

Then there’s the impact on the bats themselves. Some species could become endangered, if they’re not already.

Meanwhile, other bats are actually changing in the face of the disease. Turner told us that some bats have started to hibernate at colder temperatures where they could be safer from the fungus, while Niver said some species have potentially started to expand their territories into habitats previously inhabited by one of the species hardest hit by the disease, the little brown bat (M. lucifugus).

The bats may also be starting to change physically or behaviorally. Turner shared data, still pending publication, which suggests that some bats that survive the initial infection in one year appear to be packing on additional weight to help them persist through their next hibernations.

Despite these minor adaptations in some populations, the future for bats in this country is precarious. Over the past year the fungus has spread to Texas and Washington state; Niver said biologists in the East are warning their colleagues in the West what to expect. The message isn’t an easy one: “Don’t count on anything being different enough for your bats to survive,” she warns.

Survival of any bats, now, is the key. Turner told us their best hope is not that the declines will stop, only that they’ll level off. “Stabilization,” he said, “that’s what we’re hoping for.” 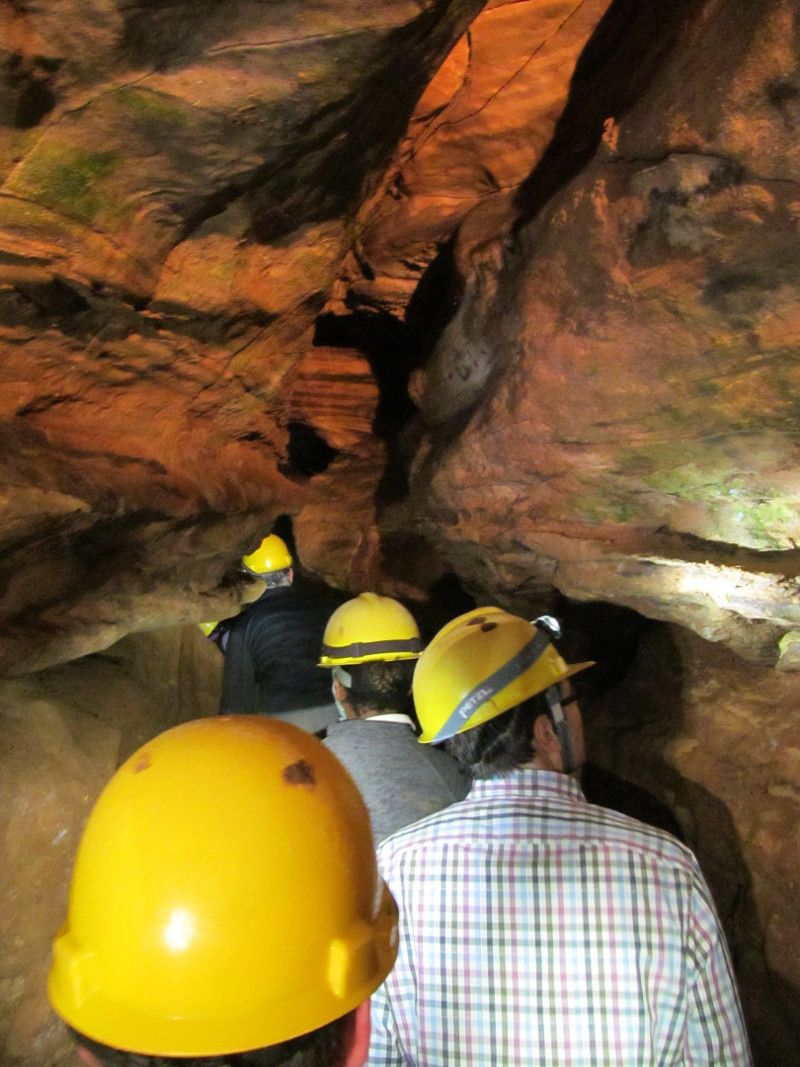 As we come to the close of our underground tour, our guide—a former steelworker named Justin—brings us into a large cavern where there’s room for us to sit or lean against the rock walls. This, he tell us, is our opportunity to experience total darkness. One by one, we switch off our flashlights and headlamps. The room grows darker and darker until all light disappears. Our eyes struggle to adjust, but there’s nothing they can do except send false signals to our brain.

Then Justin tells us to enjoy a moment of silence. The journalists stop talking, and for a few minutes all we can hear is the soft rustle of wind through the caverns around us.

It’s peaceful, but it would have been more comforting to hear the flap of a bat’s wings in the darkness.