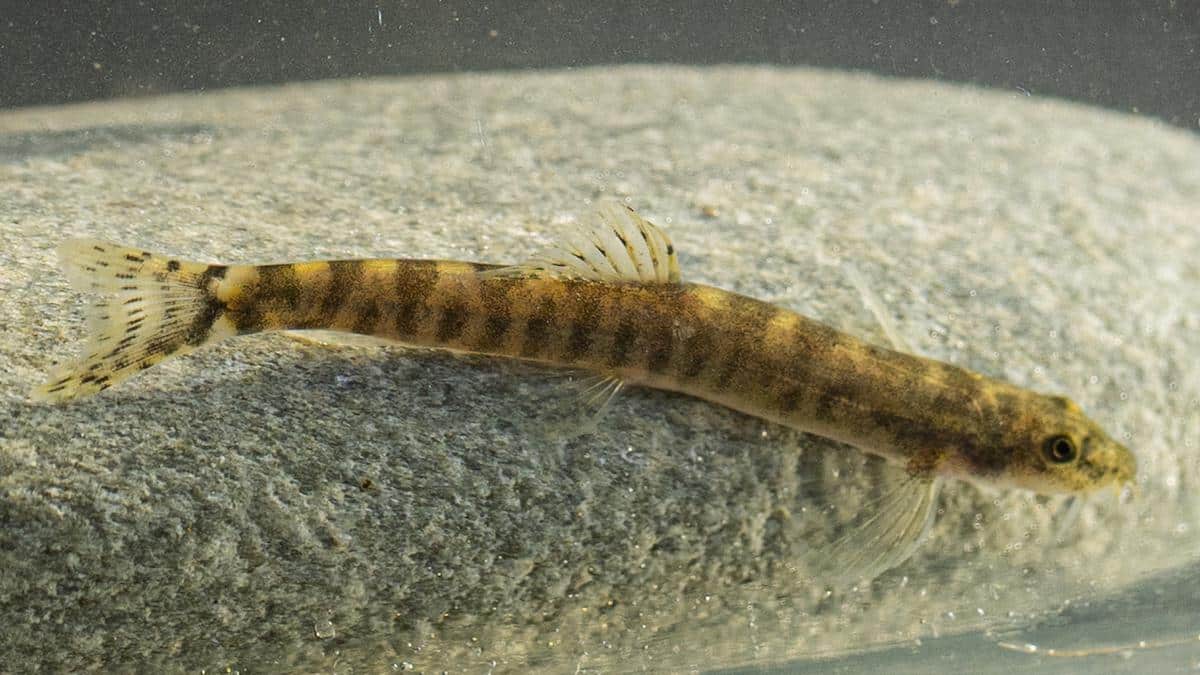 The Batman River loach has been rediscovered. Rewild

A fish previously believed to be extinct has been found in Turkey.

The Batman River loach (Paraschistura chrysicristinae) is a small, brown-and-yellow striped freshwater fish that, until now, was last seen in 1974.

“I’ve been researching this area for 12 years and this fish was always on my wishlist,” Dr. Cüneyt Kaya, an associate professor at Recep Tayyip Erdoğan University who helped with the rediscovery, told The Guardian. “It’s taken a long time. When I saw the distinctive bands on the fish, I felt so happy. It was a perfect moment.”

The Batman River loach isn’t named after the caped crusader of comic book fame. Instead, the name comes from the Batman River in Turkey where the fish was previously found, freshwater fish conservation group Shoal explained.

However, the construction of the Batman Dam between 1986 and 1999 led to a precipitous decline in the small fish’s numbers, leading some scientists to fear it was extinct.

That’s how it ended up on Shoal’s 10 Most Wanted Lost Species list as part of its Search for the Lost Fishes project to refind and then protect freshwater fish species that have gone unobserved for decades. Other species on the list include Colombia’s fat catfish, the Syr Darya shovelnose sturgeon and the Mesopotamian barbel, also found in Turkey as well as Syria, Iran and Iraq.

“When I first heard about the Search for the Lost Fishes project, I was very happy,” Kaya told Shoal. “Moreover, two of the 10 most wanted fish species were distributed in my country. It is a very different feeling when you see naturalists from foreign countries caring about an endemic species in your country and making efforts to save it. As a freshwater fish taxonomist, I thought that I should do my best for this project, and fortunately our efforts resulted in finding the first lost endemic and critically endangered Batman River loach.”

Kaya worked with fellow Recep Tayyip Erdogan University researcher Münevver Oral to find the lost fish. While previous searches had focused on the downstream area where the fish had been spotted in the 1970s, Kaya and Oral found success by hunting upstream of the dam. They caught a total of 23 specimens in nets, The Washington Post reported.

“It is obvious that the establishment of the dam caused shifts in biodiversity due to degradation of the lower part of the habitat needed by the species,” Kaya told Shoal.

In addition to the dam, Kaya thinks the main threats to the newly rediscovered fish are likely drought, pollution and invasive species.

Overall, freshwater species are in need of help worldwide.

“Freshwater fishes are considered the most threatened group of fauna on the planet,” Shoal executive director Mike Baltzer told The Guardian. “More than a third of freshwater fish species are threatened with extinction. Freshwater fish need more attention – we need to conserve rivers and lakes.”