‘No Trump Zone’ Planned in Paris Ahead of Bastille Day Celebration 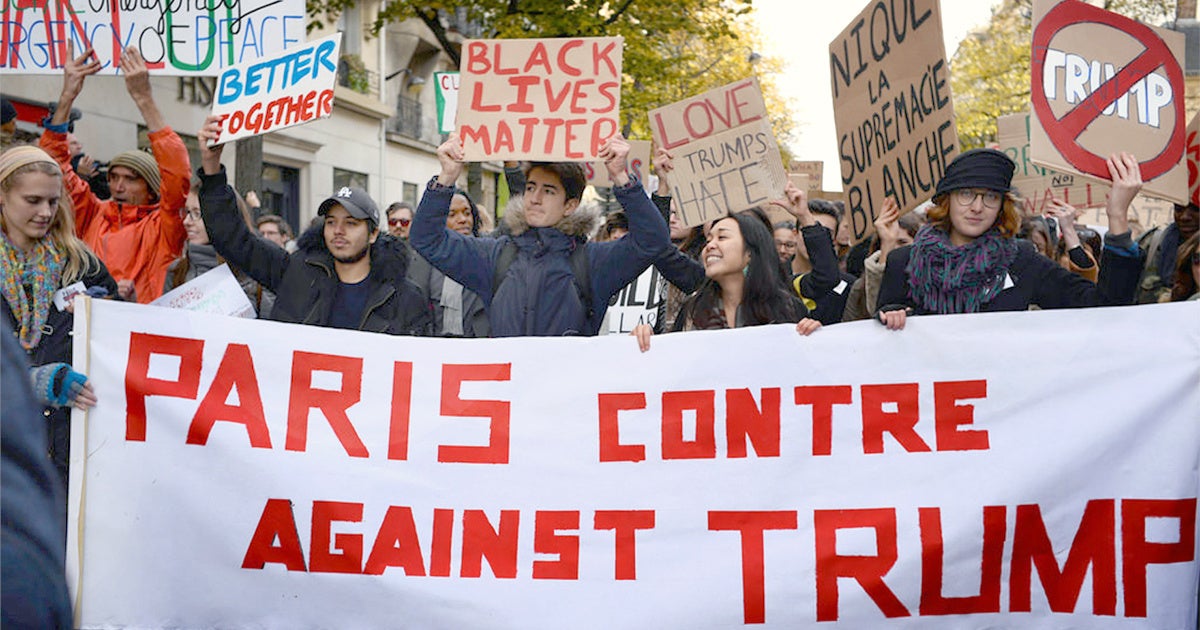 As the Trump administration attempts to deflect questions from the press regarding Donald Trump Jr.’s controversial meeting during last year’s campaign with a Russian lawyer, the president himself has kept a relatively low profile ahead of a scheduled trip to France this week—but the French aren’t expected to give him a warm welcome as hundreds of demonstrators plan to form a “No Trump Zone” in Paris, where they will march in protest of Trump’s visit and his policies.

Trump was invited by French President Emmanuel Macron to attend France’s national celebration of Bastille Day, where the two would honor the cooperative relationship their countries have shared on what would also be the 100th anniversary of the U.S. entering World War I. Trump accepted the invitation despite the two leaders’ disagreement on issues including Trump’s decision to withdraw from the Paris agreement on climate change policy, and a frosty exchange they shared at the NATO Summit in May.

The group “Paris Against Trump” is behind the plans for a “No Trump Zone” in the Place de la Republique in the center of Paris. As the group wrote on Facebook, “Trump is not welcome in Paris. We are opposed to his positions on the climate crisis, his international politics against migrants, his sexist speeches and behavior, his Islamophobia and racist remarks, his military plans around the world and his neo-liberalism and capitalism.”

Trump will apparently not be able to escape Americans who disapprove of him, as the organizers have said the group will include “an American contingent.”

The planned protest will likely mirror the reception Trump got in Europe last week when he arrived for the G-20 Summit. Thousands of protesters in Hamburg greeted him with signs saying “Welcome to Hell.” The protest turned violent as German riot police confronted the demonstrators with water cannons and tear gas. During his earlier stop in Warsaw, demonstrators chanted “Go Home Trump!”

Trump is unpopular across Europe. A recent Pew poll found that only 14 percent of French citizens have confidence in his ability to lead, with similar approval ratings throughout the continent.