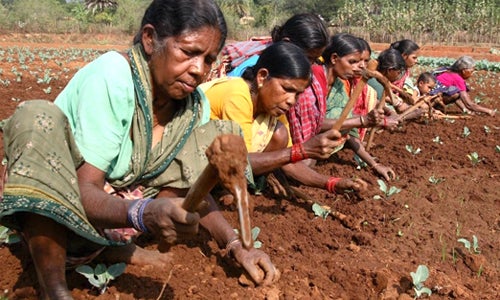 The conflict between “free trade” and food rights came to the fore again at the World Trade Organization (WTO) negotiations in September, when India did not back down from its stance that a permanent solution be found for food security issues before signing the Trade Facilitation Agreement (TFA).

The TFA is designed to push free trade further, with heavy losses to India’s food security. The U.S. had challenged India at the WTO’s Bali Ministerial in 2013, on the ground that the Food Security Act adopted by the United Progressive Alliance (UPA) regime would increase India’s food subsidies beyond levels allowed by the WTO. 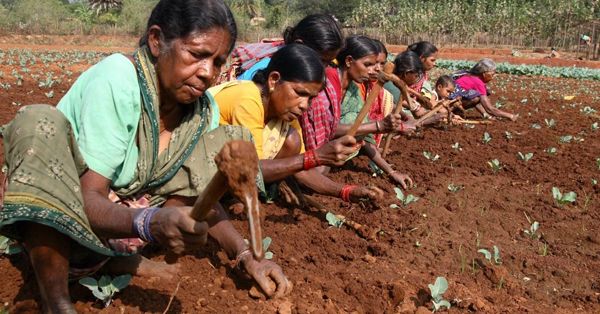 The rules allow subsidies at 10 percent of the value of agricultural produce. Oddly, the base year for India has been fixed at 1986-88. India, justifiably, is demanding that this date be changed to reflect the reality of food prices today. Double standards in the WTO rules are also exposed when one realizes that India’s subsidies of $12 billion to its 500 million farmers are considered “trade distorting,” while U.S. subsidies of $120 billion to its 2 million farmers are not. India’s subsidies are $25 per farmer, while U.S. subsidies amounts to $60,000 per farmer—that’s 2,40,000 percent more than Indian subsidies. Yet the U.S. is threatening India and demanding the removal of support to its small and marginal farmers.

These are not rules of trade, but rules of manipulation written during the Uruguay Round of Trade Negotiations, which led to the establishment of the WTO, by agribusiness corporations seeking to profit from India’s large food and agriculture market. The WTO debate on food and agriculture subsidies is actually intended to force India to stop supporting its farmers through procurement at the minimum support price (MSP) so that 1.25 billion Indians, including the 810 million covered by the Food Security Act, become a market for multinational corporations.

In the Northeast, the cost of production has risen by 53 percent between 2008-2009 and 2011-12, while MSP has risen by only 20 percent. A negative economy translates into debt and un-payable debt translates to suicides. Debt is due to dependence on MNCs who sell costly seeds and chemicals.

The WTO rules are, in fact, written by corporations for transforming public goods into globally traded commodities and capturing our economies for their profits. Monsanto, now the world’s biggest seed giant, wrote the Trade Related Intellectual Property Rights (TRIPs) Agreement of WTO, which opened the floodgates for patenting seeds and life forms. It has blocked the mandatory review of Article 27.3 (b) since 1999 wherein governments, including India, have called for “no patents on life.” Cargill, the world’s grain giant, wrote the rules of the Agreement on Agriculture (AOA) and would be the biggest beneficiary if India stops procuring from its small farmers.