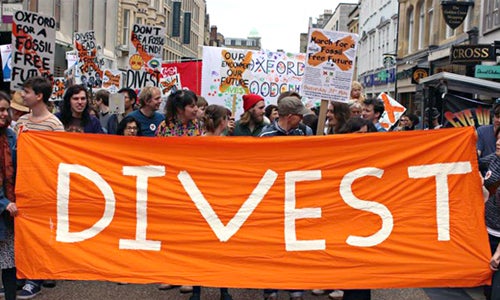 In a move that’s likely to cause consternation in some of the world’s most powerful corporate boardrooms, the Bank of England has disclosed that it is launching an inquiry into the risks fossil fuel companies pose to overall financial stability. 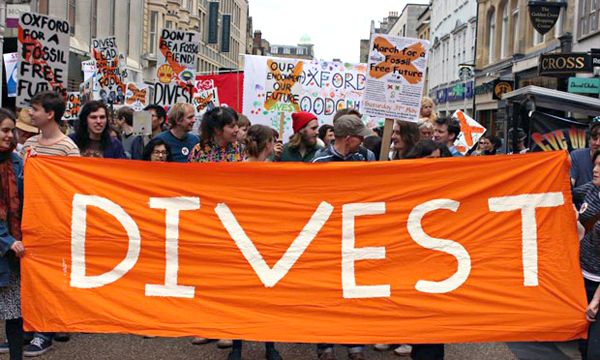 A growing number of senior figures in the financial community—some of them controlling many millions of dollars worth of investment funds—have been pressing fossil fuel companies to disclose how investments would be affected if energy reserves became frozen or stranded by regulatory moves associated with tackling climate change. Photo credit: Ellen Gibson / Fossil Free Future

Mark Carney, governor of the UK’s central bank, has written to British Members of Parliament telling them that his officials have been discussing whether or not coal, oil and gas reserves held by the fossil fuel industry are, in fact, unburnable.

“In light of these discussions, we will be deepening and widening our inquiry into the topic,” Carney says.

The burning of fossil fuels releases hundreds of thousands of tons of climate-changing greenhouse gases into the atmosphere.

The idea is that if global warming is to be tackled and catastrophic climate change averted, such energy resources will have to be left where they are—under the ground. They will, in effect, become frozen or stranded financial assets.

Carney’s letter, written at the end of the October this year but only recently made public, is addressed to the British parliament’s Environmental Audit Committee.

Carney tells the Committee—which has been carrying out its own investigation into the frozen assets question—that a special unit within the Bank of England responsible for identifying and reducing risks in the financial system, will also be considering the issue “as part of its regular horizon-scanning work on financial stability risks”.

Joan Walley, the head of the Audit Committee, told London’s Financial Times that investors should consider what effect regulatory action on climate change would have on their fossil fuel investments.

“Policy makers and now central banks are waking up to the fact that much of the world’s oil, coal and gas reserves will have to remain in the ground unless carbon capture and storage technologies can be developed more rapidly,” Walley said.

A growing number of senior figures in the financial community—some of them controlling many millions of dollars worth of investment funds—have been pressing fossil fuel companies to disclose how investments would be affected if energy reserves became frozen or stranded by regulatory moves associated with tackling climate change.

Carbon Tracker, a not-for-profit thinktank based in London, has been warning of what it sees as the dangers to investors and to the entire financial system of continued investment in the fossil fuel industry.

“The Bank of England has set a new standard for all central banks and financial regulators on climate risks by agreeing to examine, for the first time, the vulnerability that fossil fuel assets could pose to the stability of the financial system in a carbon constrained world,” Carbon Tracker says.

The question of stranded or frozen assets has been raised at the latest round of global negotiations on climate change taking place in Lima, Peru.

Christiana Figueres, the head of the UN’s Climate Change Secretariat, told the Reuters news agency that the long-term goal of negotiations must be the elimination of all greenhouse gas emissions by 2100—a goal that could not be achieved unless most fossil fuels were left in the ground. “We just can’t afford to burn them,” Figueres said.