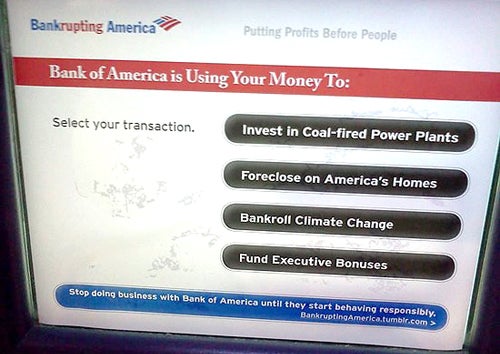 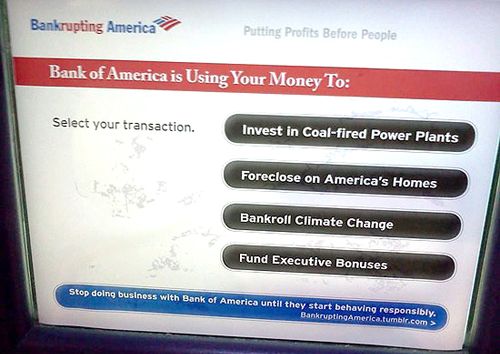 On Wednesday May 9, more than 1,500 people from a broad coalition of workers, seniors, families fighting foreclosure, students, the unemployed, environmentalists and more—will converge in Charlotte, the Wall Street of the South—to protest Bank of America’s annual shareholder meeting.

The 99% Power Coalition is coming to BofA to demand:

This mass mobilization comes on the heels of a string of Bank of America scandals, including the consumer uprising against debit card fees, and settlements for robo-signing and predatory lending practices. BofA is continuing this abominable record by considering new checking account fees to make even more money off the 99%. Meanwhile the foreclosure crisis they helped cause is deepening as is the environmental crisis they contribute to by being the #1 investor in the coal industry. Also on May 8, 99% Power will have actions at BofA offices across the country, including Boston, New York, Detroit, Chicago and Providence.

99% Power protests are targeting corporations including Bank of America, Wells Fargo, GE, Verizon, Sallie Mae, Wal-Mart, and Verizon—directly challenging the 1% board members and executives whose actions have expanded inequality, threatened democracy, destroyed the environment, and driven countless Americans from their homes. This spring represents the largest mobilization on shareholder meetings in U.S. history.