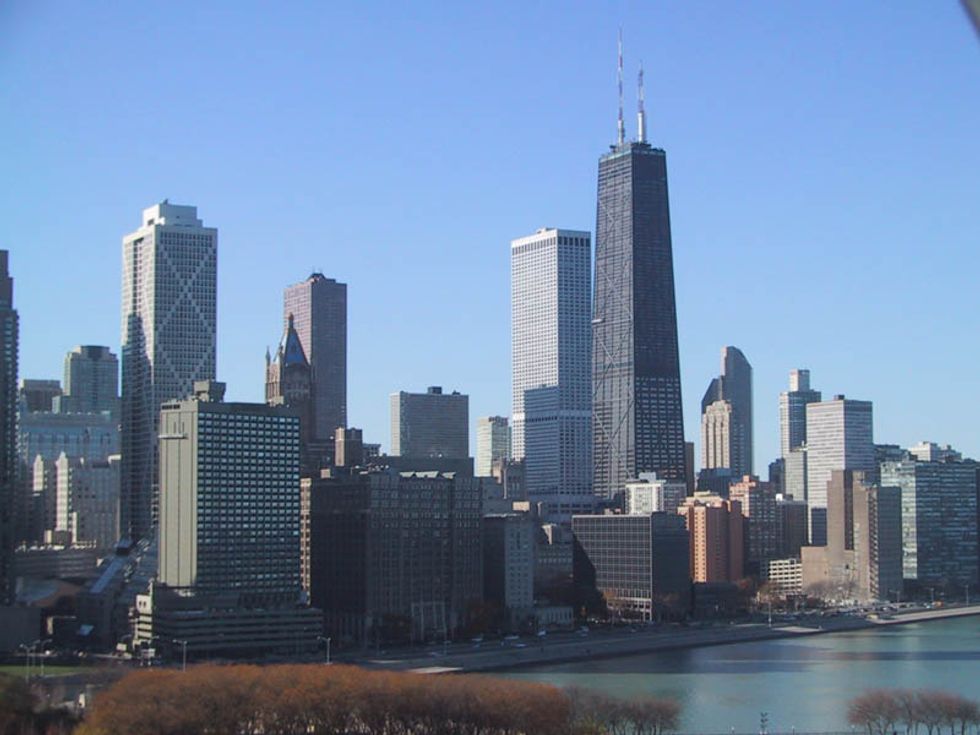 When 45,000 runners join the Bank of America-funded Chicago marathon on Oct. 9, the route will take them past one of the city’s dirtiest and most controversial coal plants—the Midwest Generation Fisk plant, which is also financed by the bank. The environmental group Rainforest Action Network has found that just last year Bank of America provided $66 million in financing to Edison International and its subsidiary Midwest Generation.

Bank of America last week touted a company-funded report by the University of Illinois’ Regional Economics Applications Laboratory that estimated that the annual marathon event produced $171.5 million in business activity. However, this number barely makes up for the cost of hidden health damages from Chicago’s coal plants, which according to a report released by the Environmental Law and Policy Center have reached around $127 million per year.

Chicago is the only major metropolitan area with not only one, but two polluting coal plants within the city limits. The Fisk and Crawford plants, both owned by Midwest Generation and financed by Bank of America, are located in the Pilsen and Little Village neighborhoods. This weekend’s marathon will run right by the Fisk plant in Pilsen.

Coal-fired power plants kill between 13,000 and 34,000 people a year—as many as one person every 15 minutes. That staggering figure includes the 42 Chicagoans who die as a result of pollution from Fisk and Crawford. According to a report from the Clean Air Task Force, residents are at risk for heart disease, cancer and respiratory illness because of pollution from these plants.

“Sponsoring marathons and funding billboard ads is Wall Street’s failed model for good corporate citizenship. Our standards for what the country needs from banks is much higher. Now more than ever, we need banks like Bank of America to show leadership in protecting the health of our economy and our communities,” continued Starbuck.

In addition to the toxic pollution, coal fired power plants are the biggest single source of global warming pollution in the U.S., which will cause sea-level rise and extreme weather, as well as droughts and lower crop yields. Together, Fisk and Crawford generate about 18 times the emissions of O’Hare airport’s ground operations and equal two-thirds of the CO2 emissions generated by all modes of transportation in Chicago.