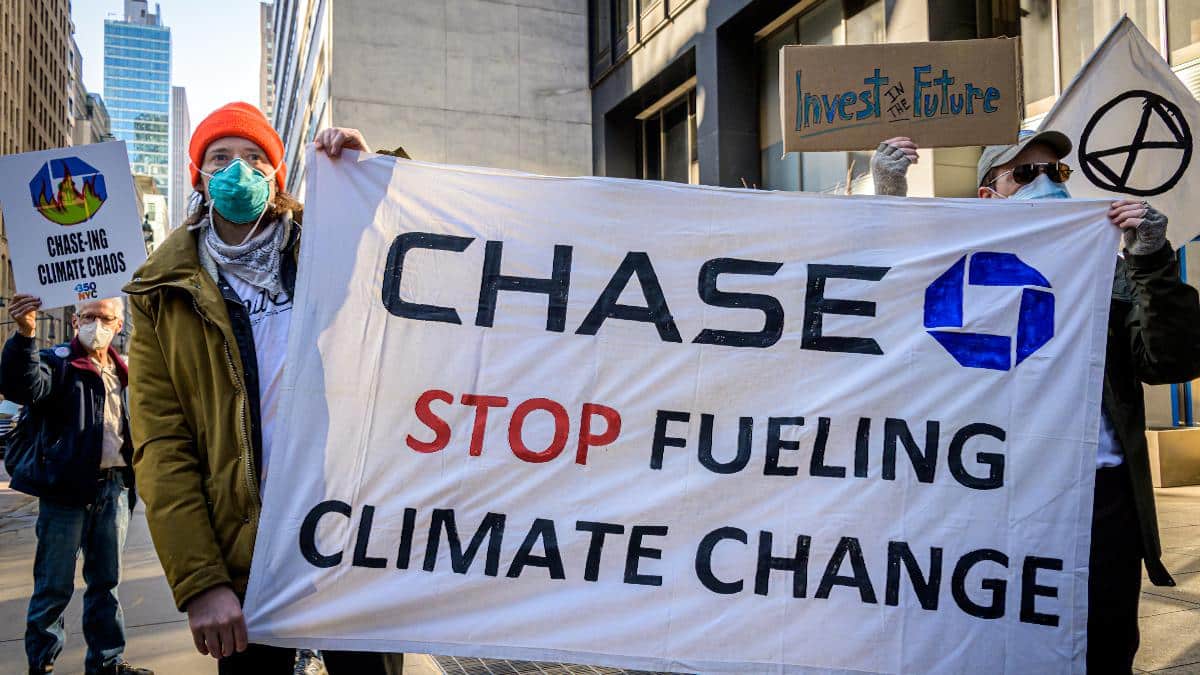 The world’s biggest banks gave fossil fuel companies $3.8 trillion in financing in the years following the Paris agreement, according to a new report.

Even though 2020 lending was down 9% compared to the previous year, it was still higher than in 2016, when the Paris agreement took effect, and lending to the 100 fossil fuel companies with the biggest plans to expand actually rose by 10%. American and Canadian banks accounted for 13 of the 60 banks reviewed in the report, with JPMorgan Chase providing more fossil fuel financing than any other bank.

The report comes as pressure is mounting on financial institutions to stop investing in fossil fuels driving climate change and multiple banks have touted promises to cut and offset their greenhouse gas pollution, including JPMorgan, HSBC, and Citigroup.

“When we look at the five years overall, the trend is still going in the wrong direction, which is obviously the exact opposite of where we need to be going to live up to the goals of the Paris Agreement,” said Alison Kirsch, at Rainforest Action Network and an author of the report. “None of these 60 banks have made, without loopholes, a plan to exit fossil fuels.”

“We have seen progress in restricting financing for special places like the Arctic or greenhouse-gas-intensive forms of oil, like tar sands, but these are such a small piece of the pie,” she said.

Correction: A previous version of this story stated wrongly that the biggest banks gave fossil fuel companies $32.8 trillion in financing. It is $3.8 trillion.