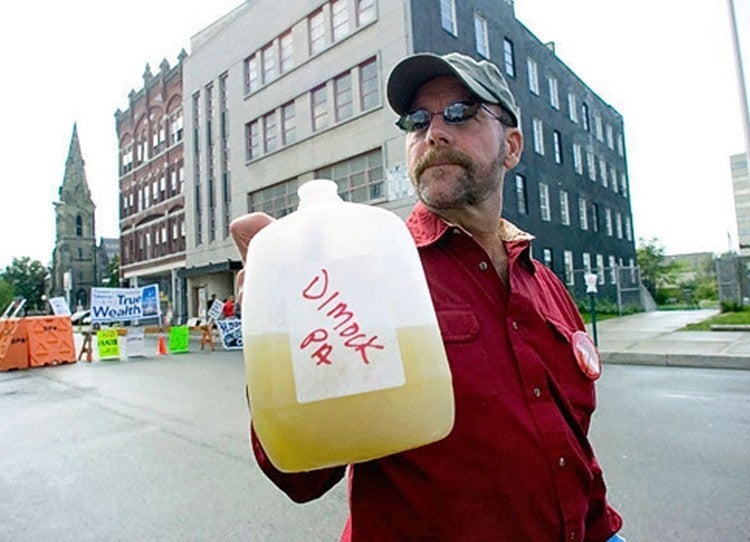 Doctors orders: stop fracking Pennsylvania. The Pennsylvania Medical Society—the state’s largest medical group—is calling for a moratorium on the controversial natural gas extraction method and is urging the state legislature to fund an independent health registry and commission research studies on the health effects of fracking. 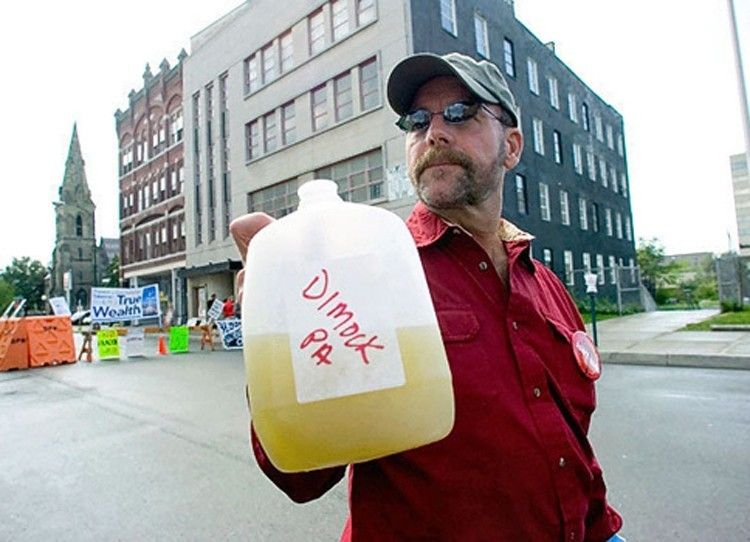 Fracking chemicals have been detected in the state’s drinking water.

The Pittsburgh Post-Gazette reported that the society’s 300-member House of Delegates unanimously approved this resolution at its annual meeting in Hershey on Oct. 23.

“As physicians of Pennsylvania, we care first and foremost about the health of our community and believe that when an activity raises potential harm to human health, precautionary measures should be taken until cause and effect relationships are fully established scientifically,” the resolution states.

Pennsylvania sits on one of the country’s most active and notorious fracking regions—nearly 10,000 fracking wells have been drilled in the gas-rich Marcellus shale in the past decade, turning the state into a fracking powerhouse. However, this activity has come at a cost to human and environmental helath.

One study linked Pennsylvania’s unconventional natural gas development to migraine headaches, fatigue, and nasal and sinus symptoms. In another study, researchers combed through years of health records from 40 counties in north and central Pennsylvania and determined that people who live close to fracking wells have a higher risk of asthma attacks among asthma patients.

Last week, the Yale School of Public Health published a study determining that 55 unique chemicals could be classified as known, probable or possible human carcinogens. They also specifically identified 20 compounds that had evidence of leukemia/lymphoma risk.

Furthermore, the resolution highlights how fracking has been associated with significant environmental harm. It argues that highly toxic fracking chemicals have been making their way into aquifers and contaminating drinking water, that 9 percent of gas wells leak methane directly into the atmosphere contributing to climate change, and that the disposal of fracking fluid in waste injection wells can cause earthquakes.

“Three years ago, the Medical Society turned down a similar resolution calling for a moratorium on gas drilling. However, in the last three years growing evidence has shown its increasing deleterious effects outweighs any economic benefit,” said Dr. Walter Tsou, executive director of Physicians for Social Responsibility/Philadelphia and the author of the resolution.

“We do support a moratorium at this point because of questions that have been raised,” Montgomery County doctor and the Pennsylvania Medical Society president Charles Cutler told the Pittsburgh Gazette. “Those questions now point to the need for a registry and more science and research to give us a better understanding about whether fracking is safe and what the risk is.”

However, Jeffrey Sheridan, who is Pennsylvania Gov. Tom Wolf’s spokesman, told the newspaper that a statewide moratorium is unlikely.

“The governor understands the importance of the natural gas industry and he wants the industry to succeed while protecting the health of our residents and our environment,” he said. “Gov. Wolf has proposed methane regulations that are in the process of being implemented, and his administration developed some of the most stringent regulations on unconventional well drilling in the country that were recently finalized.

“The governor will continue to find ways to support the industry while ensuring we are protecting the environment and the health of Pennsylvania residents.”