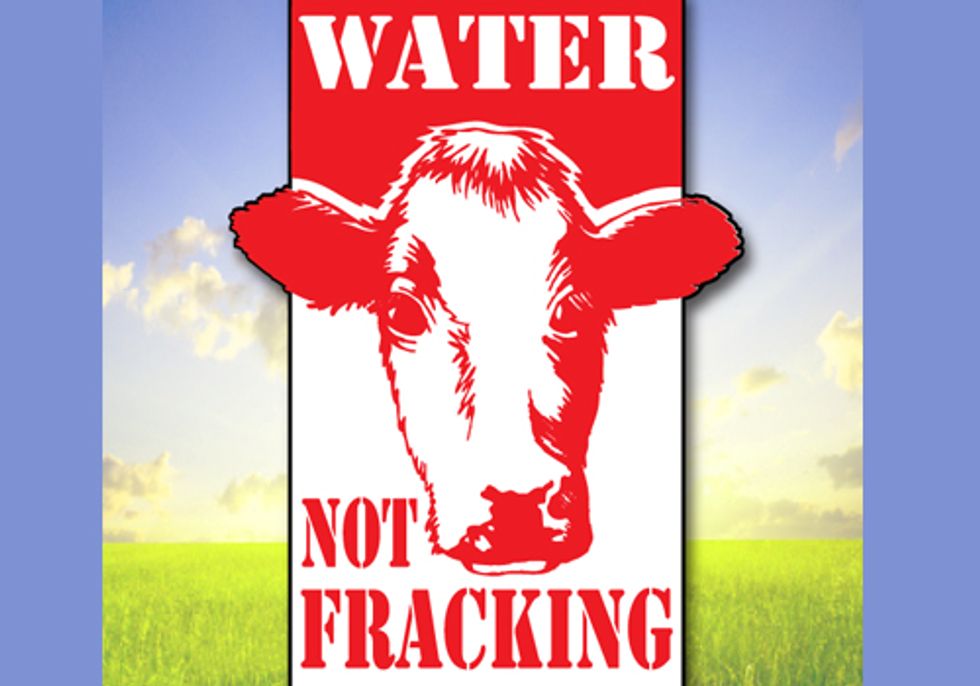 A number of  local grassroots groups fighting fracking in New Mexico are launching a billboard and yard sign campaign. Citizens from the New Mexico Coalition for Community Rights, Drilling Mora County, and Committee for Clean Water, Air and Earth completed the Water, Not Fracking, Community Rights for Mora and San Miguel Counties yard sign and billboard campaign this month. Today citizens are installing graphic Coca Cola red and white cows with strong pronouncements that industry is not welcome to frack their counties.

Joining in solidarity with the work of citizens in Ireland, people in New Mexico are getting the message out that they do indeed have the rights to protect their communities from industry's assaults against their pristine rural agricultural towns. While the majority of citizens in both counties support "no drilling or fracking," the billboards and yard signs create a powerful visual representation of the citizens' voices. They pound the message out more loudly to  the State of New Mexico legislators, government agencies, and Royal Dutch Shell and their subsidiaries who, through Dillon's Rule and pre-emption, can decided what is good for Mora and San Miguel County over the decision of the majority of citizens.

This campaign is an assertion of democratic voice and of the citizens' rights to a renewable, sustainable future. Currently state law makes such pronouncements and actions on the local level, illegal. Local Community Rights Ordinances with a Bill of Rights protecting citizens and nature's rights is an "out of the box" approach which is gaining momentum across the U.S. and specifically in Northeastern New Mexico where citizens are standing up to the powers of the status quo and their bullying efforts. More than 50 communities across the U.S. have passed such Community Rights Ordinances thanks to the help of the Community Environmental Legal Defense Fund.

The City of Las Vegas, New Mexico in San Miguel County, passed the first Community Rights Ordinance banning fracking last April. This city law has a Bill of Rights protecting the citizens rights to clean and ample water, air and land while writing out corporate personhood. The City of Pittsburgh, Pennsylvania passed a similar Community Rights Ordinance banning fracking in December 2011, and is the largest city in the U. S. to take such protective actions.