This Start-Up Is Recycling Abandoned Wooden Homes in Baltimore 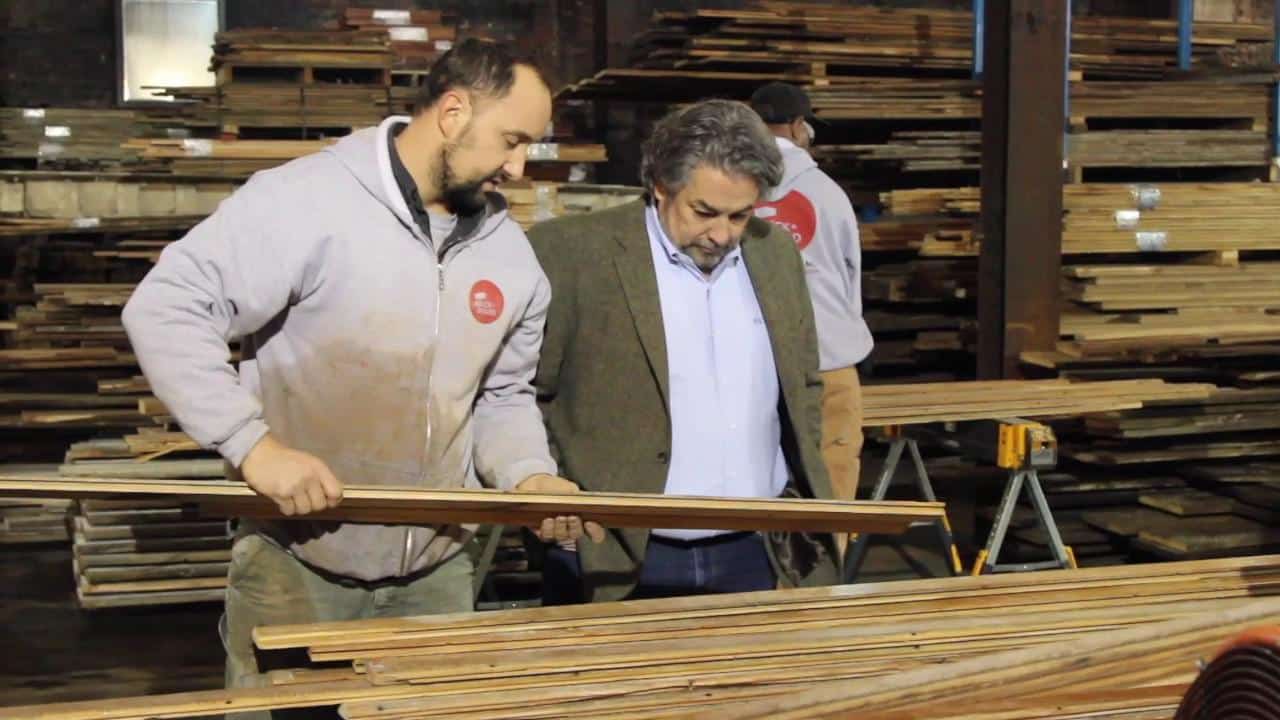 An initiative in the US city of Baltimore wants to salvage and reuse as much wood as possible, while also creating jobs.

The Baltimore Wood Project works with partners such as the US Forest Service to rethink and reclaim wood in the city in order to reduce landfill waste, rejuvenate disused land and engage local communities.

The pilot project salvages wood from abandoned buildings and urban trees before repurposing it and reselling it locally, thereby creating a closed-loop system or circular economy which has a host of environmental, economic and social benefits.

​Wood accounts for more than 10% of the annual waste material in the US and, in some years, more tree and woody residue has been generated from urban areas than was harvested from national forests, according to the US Forest Service. This waste is costly for businesses that have to pay for its collection and disposal.

Post-industrial Baltimore is a particularly relevant base for the scheme, as it is estimated that there are 16,000 empty properties, with some 4,000 of them marked for demolition. Some estimates even put the number of vacant lots in the city at well over 40,000.

By reclaiming both freshly-cut wood and that from abandoned properties, the Baltimore Wood Project can reduce waste; provide green materials for construction, furniture making and other sectors; and help restore and reclaim neighborhoods.

Deconstruction Instead of Demolition

In addition to its obvious environmental benefits, the project also has valuable economic and social advantages. With a population of nearly 600,000, Baltimore has an unemployment rate of 8.5%, compared to a nationwide rate of 6.2%.

The Baltimore Wood Project helps tackle the city’s joblessness problem by focusing on deconstruction rather than demolition, arguing that the former creates six to eight more jobs than the latter.

This enables those with barriers to employment to gain a valuable skill set and eventually a career, and also helps revitalize the neighborhoods in which they live.

The Benefits of a Circular Economy

Wood reclaimed and recycled by the project can be used for sustainable building, furniture and energy, among other uses.

Indeed, the project is intended to help the city achieve its aim of a sustainable future and serve as a model for creating a circular, self-reinforcing economy in urban areas.

Globally, it is estimated that transitioning to a circular economy – which promotes the elimination of waste and continual safe use of natural resources – could generate .5 trillion in economic benefits by 2030.

The World Economic Forum is supporting moves towards creating a worldwide circular economy through collaboration on The Circulars Accelerator 2021 program.

The accelerator is a collaboration with UpLink, the World Economic Forum’s innovation crowdsourcing platform, and is led by professional services company Accenture in partnership with Anglo American, Ecolab, and Schneider Electric.