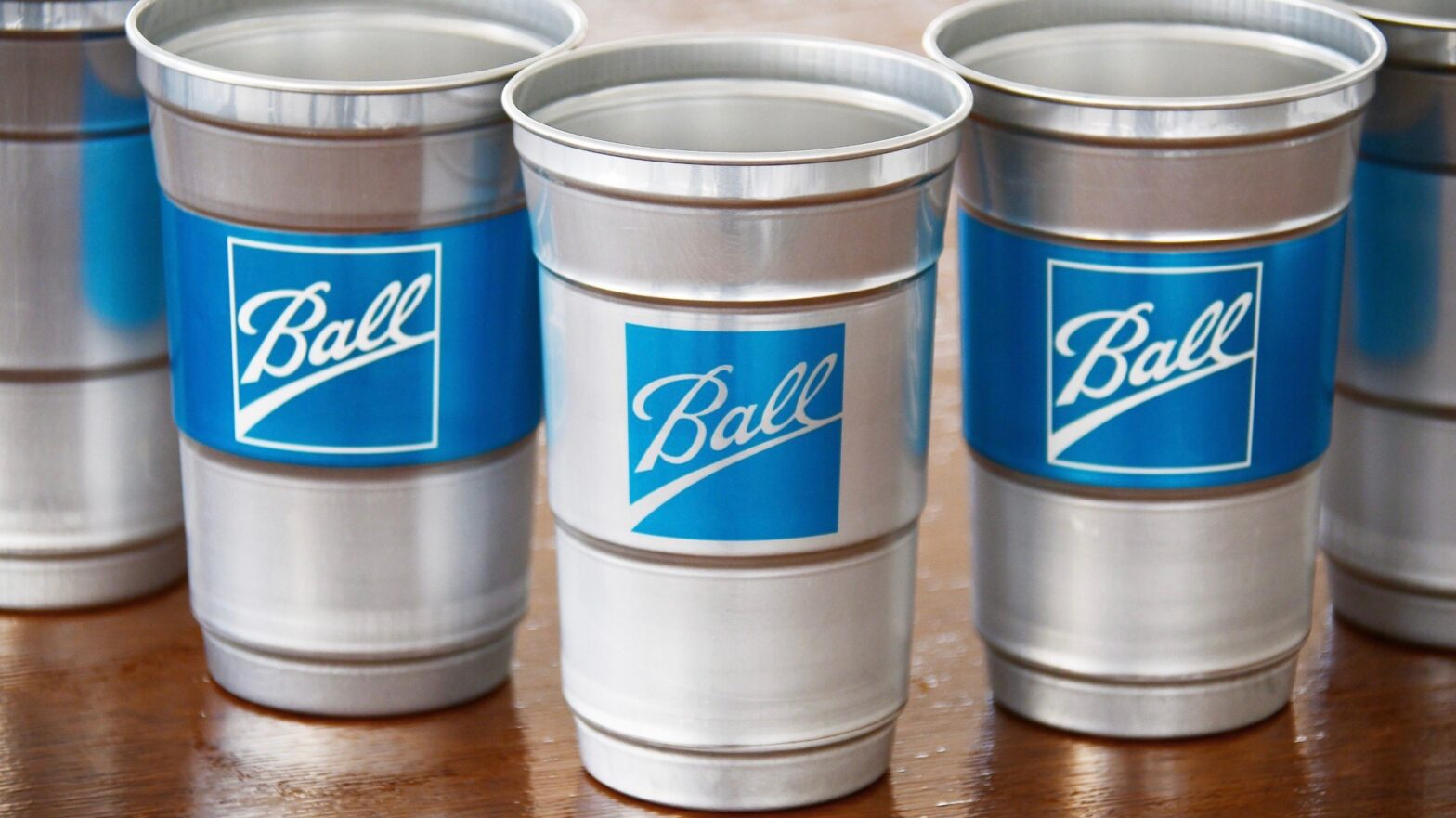 Beginning in September, Ball will begin rolling out pilot aluminum cups across the U.S. to replace their plastic cups. Ball

The red Solo cup may go the way of the Dodo bird thanks to an aluminum Ball cup shaped like the iconic red plastic vessel that litters the floor and overflows from garbage bags after a frat party, a summer barbecue, or a pre-kickoff tailgate.

Unlike the plastic Solo cup, Ball’s aluminum cup can be reused endlessly, allowing revelers to reduce their carbon footprint without sacrifice.

“The aluminum cup is a game-changer for the industry,” said Sebastian Siethoff, Ball’s general manager, to Packaging Digest. “We hope that our customers and consumers view the aluminum cup as a sustainable and easily recyclable alternative to plastic cups, which are currently a mainstay of stadiums, restaurants and beaches and often end up in the trash or on the ground.”

The backlash against plastic has benefitted Ball greatly. Ball has reaped the reward from consumers and companies turning away from plastic and towards aluminum. Its share price has surged 70 percent this year, as Bloomberg reported. Ball stands to benefit as craft beer makers increasingly package their drinks in cans and beverage giants Coca-Cola and PepsiCo start to put more of their drinks, including Dasani water and Aquafina in aluminum, as EcoWatch reported.

Ball’s own research shows that 67 percent of U.S. consumers say they will visit a venue more often if it uses aluminum cups instead of plastic cups. Also, 78 percent expect beverage brands to use environmentally friendly containers in the next five years, according to a press release.

Aluminum is 100% #infinitelyrecyclable. That means that after you drink your favorite beverage from a can, it can take on a new life as a laptop, car or even a new can! That's why 75% of aluminum ever produced is still in use today #LiveTheCanLife #ChooseCans #Sustainability ♻️ pic.twitter.com/OinpzejLLS

Ball believes the cups will go a long way with a younger generation of beverage drinkers who are increasingly concerned with waste and their own environmental impact. The cups will cost 25 cents per cup, which is significantly more than Solo cups, which average 17 cents per cup. However, Ball’s management believes customers are happy to pay a premium for something that can be reused.

“We think they’re willing to make that choice,” said John Hayes, chief executive officer of Ball, to Bloomberg. “They know we’ve polluted our world and they want to do something about it.”

The higher price is tiny when the upside is brought into the equation. The price drops precipitously if you consider pay-per-use; the aluminum cups keep your drink cold, won’t break if they are squeezed to hard, and are dishwasher safe, as CNN reported.

Red Solo cups have a new party challenger. It's a washable aluminum cup by Ball that promotes sustainabilityhttps://t.co/r3bHKZgvQC pic.twitter.com/AS1KeIpRPV

The rollout of aluminum cups will start this week on a college campus, followed by a pilot program in several stadiums around the country. In a statement, Ball announced that it intends to make the cups in various sizes and that they are customizable with graphics and logos. Soon, Ball will introduce the cups to other markets beyond stadiums and concert venues.

“It is also a great solution for bars or breweries that want a non-breakable substitute for their current barware,” said Siethoff to Packaging Digest “In the future, we expect to expand adoption of the aluminum cups at bars, breweries and retail locations.”

The cups should be available at retail locations by 2021, Hayes told Bloomberg.