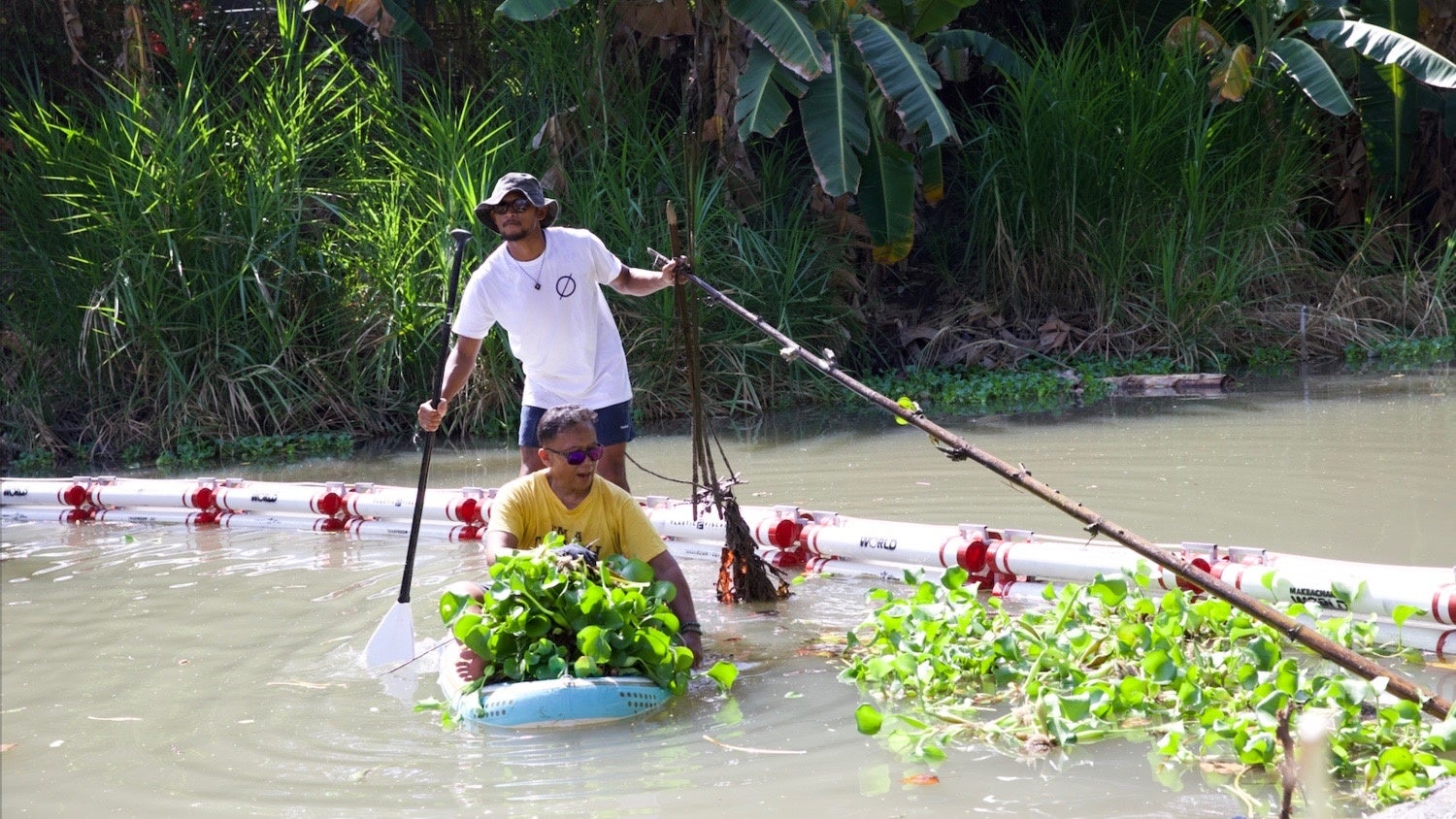 100 Trash Barriers are being installed in Bali. Make A Change

In recent years, Bali has been called the trash island in the world after a British diver recorded himself in one of the island’s most iconic dive spots fully surrounded in plastics. In December 2017, the Balinese Government even declared a trash emergency.

With 80 percent of plastic pollution in our oceans coming from rivers and streams, Make A Change World is launching 100 trash booms around Bali to prevent plastics going out to sea under its latest project Sungai Watch.

Sungai Watch is Make A Change World’s newest project aimed at tackling the alleyways of plastic pollution, our rivers. “In the last 10 years, we have launched expeditions in some of the world’s most polluted rivers and have seen first hand the urgent need for action.” says Gary Bencheghib, founder of Make A Change World.

With the support of beer Bintang, Make A Change World are launching their 3 first river booms in tributaries of the Ayung river, Bali’s most important waterway. The river booms will be set up in the coming weeks and will follow an interactive educational campaign aimed at raising awareness about the importance of not throwing plastics in our rivers.

“We did this to show our commitment to support the Indonesia tourism industry and keep Bali as the star destination. We believe that the best way to prevent trash running to the beach and sea should be started from responsible waste management behavior and the local habit of throwing rubbish into the river should be eliminated immediately,” said PT Multi Bintang Indonesia Niaga Marketing Director, Mariska van Drooge.

The booms are engineered by the German based company Plastic Fischer, an environmental startup founded by three friends, Georg Baunach, Karsten Hirsch and Moritz Schulz. They have the goal to intercept plastic pollution in our rivers through affordable technology solutions. For the past 5 months, they have been setting up waste collection solutions in Java including their proven successful pilot trash booms on the Citarum river. “We invented effective trash booms that are made of local materials to provide a simple and cost efficient waste collection solution for rivers as soon as possible. They are easy to assemble and maintain” says Moritz Schulz, Plastic Fischer’s leading engineer.

Two years ago, Gary and his brother Sam rowed down the Citarum River in Indonesia known to be the most polluted river in the world. Their two week expedition inspired Indonesian President Jokowi to clean the river. Since their expedition, Indonesia has deployed 7,000 military troops who are actively involved in the clean up. The clean up has become a priority on the President’s agenda and a national concern. So much so that there is university programs dedicated to the clean up and an important journalist coalition who are documenting the progress daily.

“We came up with the idea for Sungai Watch as a way to monitor rivers and unite communities in doing so. Imagine watching the cleanup of the world’s most polluted river in real time.” says Gary. Sungai Watch’s online platform will be made available to the public in early 2020. It uses GIS (Geographic Information System) mapping and artificial intelligence (AI) to see details in rivers of up to 10 centimeters. Gary hopes that it will be the go-to platform to clean rivers worldwide.