‘This Is Eco-Apartheid’: Post-Dorian Refugees Fleeing Bahamas Ordered Off Ferry Bound for U.S. 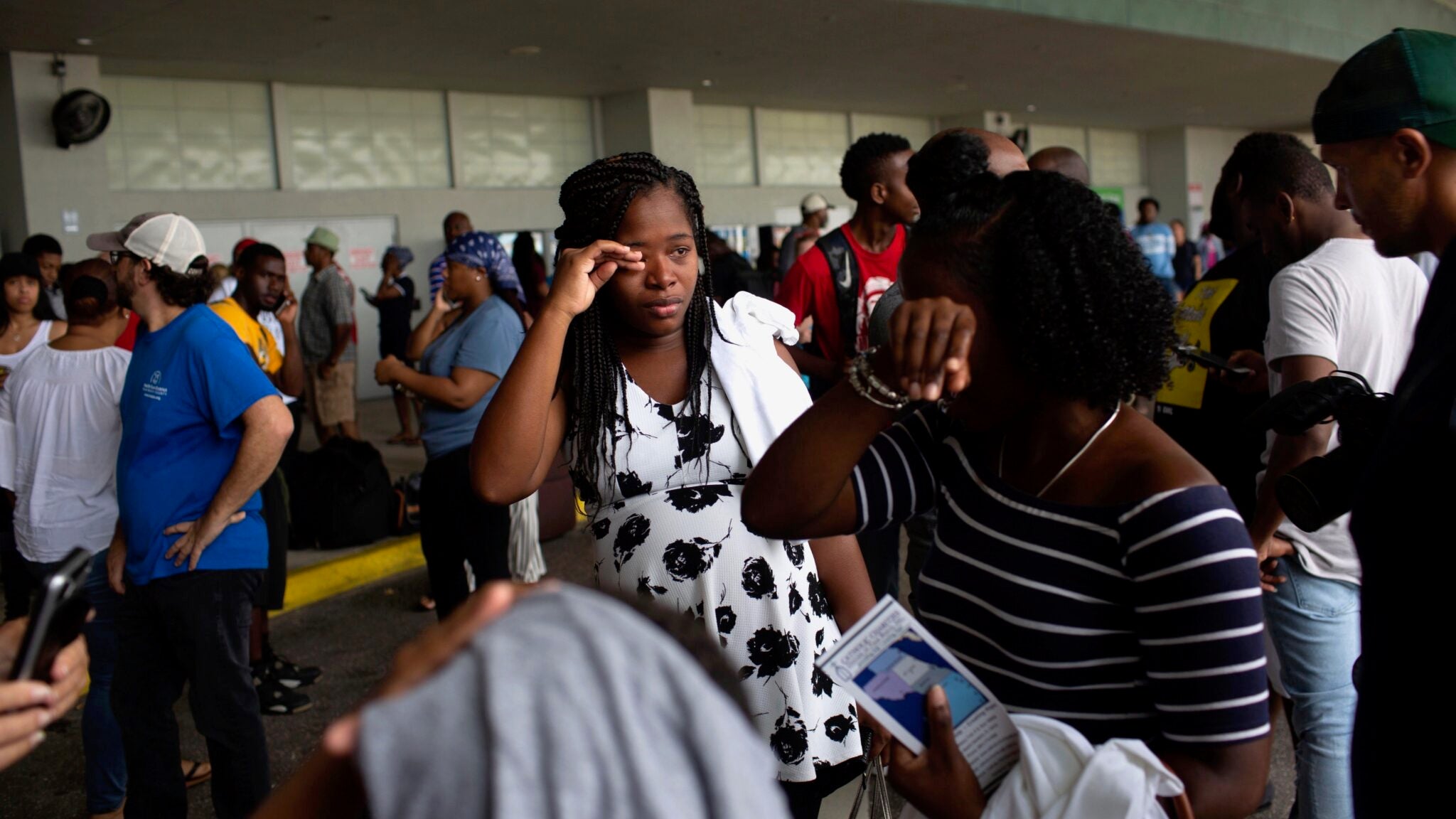 Hundreds of Bahamian refugees were ordered off a ferry headed for Ft. Lauderdale, Florida from Freeport in the Bahamas days after Hurricane Dorian pummeled the islands, leaving at least 44 people dead and tens of thousands without homes.

After the refugees boarded the boat, operated by Balearia Caribbean, a crew member announced over the loudspeaker that anyone without a visa would be turned away by Customs and Border Protection (CBP) and must disembark immediately.

“Please, all passengers that don’t have a U.S. visa, please proceed to disembark,” the crew member said.

Another announcement just made ordering any Bahamian without a US visa to disembark ferry — not allowed to evacuate. They were told before boarding it was ok with Bahamian passport and clean polce record. Something has now changed. pic.twitter.com/m7CnZxoiMM

Brian Entin, a reporter for WSVN 7 News in Miami, was reporting from the boat and posted a video on social media of the shocked refugees leaving the ferry.

Big problems on the ferry from Freeport to Florida — announcement just made that any Bahamian without a visa must now get off. This is not normal. Nornally Bahamians can travel to USA with passport and a printout of their police record. This is a mess. pic.twitter.com/DESUm2qBGE

As Entin wrote, under CBP protocol Bahamians are regularly permitted to enter the U.S. with just a passport and a clean criminal record. On Saturday, about 1,500 evacuees arrived in Florida from the islands on a cruise ship called Grand Celebration, and none were required to show visas when they disembarked in Florida.

Entin posted a video of the boat pulling away from Freeport after leaving dozens of families in the decimated Caribbean country.

“I think this is terrible. I think they should allow everyone to come into the U.S.,” a woman who had been permitted to stay on the boat told the reporter. “They said 130 people had to come off. And now we’re leaving them.”

That’s it. We’re leaving — all Bahamian evacuees without a visa taken off. The Bahamians who remain are in shock. No one understands why the rule was changed at the last minute. The parents and kids now stuck on the island. pic.twitter.com/Jvd3D6MTZW

Climate scientists have warned for years that the extreme weather events caused by a rapidly warming planet are already creating climate refugees around the world and will force many more people from their homes.

The videos drew outrage on social media, with University of Pennsylvania sociology professor Daniel Aldana Cohen calling the removal of the refugees “eco-apartheid.”

CBP told WSVN that the ferry operator made the decision to force the refugees off the boat, but according to the ferry crew, the agency informed Balearia Caribbean that people without visas would not be allowed into the United States.

A little more from crew on the ferry. They say they were told it was ok to accept Bahamian evacuees with passport and copy of police record. They boarded boat. Then when they sent manifest to US Customs and Border Patrol — they were told those without visas would not be accepted.

“Even if this rule change were acceptable, how would any Bahamian apply for a visa right now?” tweeted Marissa Jackson Sow, deputy commissioner of the New York City Coalition on Human Rights. “This is beyond cruel.”

Even if this rule change were acceptable, how would any Bahamian apply for a visa right now? And how would anyone be able to process and approve such a visa application?

Or, is that the point? This is beyond cruel. #Bahamas https://t.co/JtQN7IfVXw