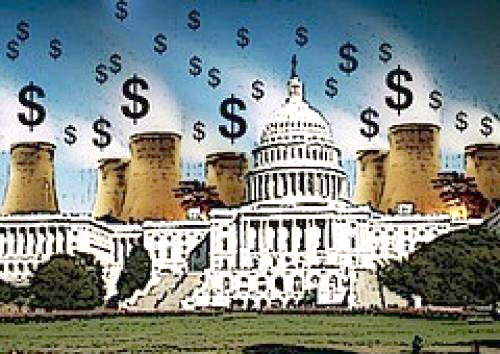 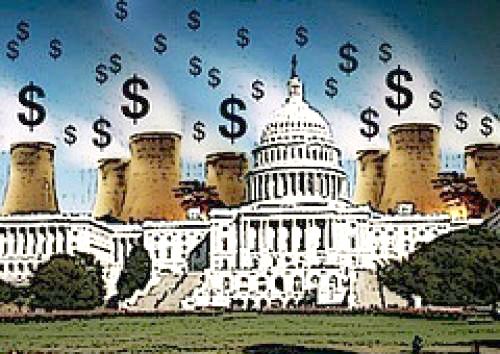 “Unfortunately, the most powerful financial interests have determined that trading money, risk and related financial products outperforms the profitability of manufacturing products or even trading goods and services,” said Wenonah Hauter, executive director of Food & Water Watch. “And in this age of increased competition for natural resources, these interests have their eye on placing natural resources, like clean water and clean air, at the mercy of the market.”

To address the global financial crisis, powerful financial interests and their allies are touting the “green economy,” a vague and ill-defined program promoted by the United Nations as the solution to the global climate crisis. They define nature in terms of capital, prices, profits and markets. Much lauded by the banking industry, this “financialization of nature” reduces the value of water and other life-giving resources to exchangeable financial instruments. It opens the door to the future prophesied by Citibank chief economist Willem Buiter, who predicts that water will become the most important physical commodity-based asset class in 25 to 30 years. He predicts that spot markets for water will be integrated and that other derivative water-based financial instruments will be exchange-traded and traded over the counter.

But these market-based schemes are largely voluntary and entirely unregulated, representing a drastic departure from the regulation of pollution that helped clean our air and water in the latter half of the 20th century. Food & Water Watch and its allies will be present at Rio+20, the United Nations forum that marks the 20th anniversary of the first UN Conference on Sustainable Development, to protect the UN-recognized human right to water and to reveal how cap-and-trade schemes represent a commodification of nature, not an earnest attempt to address greenhouse gas emissions.

“It’s dangerous to cede regulation of polluters to these schemes that essentially turn one company or farm’s pollution—or lack thereof—into an opportunity for others to keep polluting,” said Hauter. “What’s even more upsetting is that a few non-profit organizations with corporate ties are paving the way to lock natural resources management into the future structure of capital markets. It is not too late to turn back the clock and to move away from these unverifiable schemes and to advocate for a regulatory system that prevents pollution.”

According to a Food & Water Watch report released today, Bad Credit: How Pollution Trading Fails the Environment, cap-and-trade relies on unverifiable offsets and a permit allocation scheme that benefits current polluters at the expense of everyone else. Furthermore, the price volatility of pollution credits fails to incentivize companies to actually change their operations to limit pollution. Meanwhile, the same investment houses that made a profit from the deregulation of the housing and finance sectors and the energy sector have supported cap-and-trade legislation.

Even though many environmentalists cite industry opposition as a key factor in the defeat of U.S. cap-and-trade legislation to control greenhouse gas emissions at the federal level, industry players have long lobbied on behalf of such market-based approaches to pollution regulation. According to the report, cap-and-trade is based on an obscure economic theory that gained prominence when it was embraced by the Reagan administration as a replacement for regulating air emissions.

“There is an ideological battle being fought that is affecting our common resources. If we let market fundamentalists and industry-funded non-profits tout market-based mechanisms as innovative solutions to our resource problems, we’re ignoring proven methods of reducing pollution and simply speculating on nature,” said Mitch Jones, director of the Common Resources Program at Food & Water Watch. “These schemes are a smokescreen, giving the appearance of regulation and action while at the same time giving industries carte blanche to continue using and abusing our precious resources—and letting the banking industry profit from it.”

In its effort to scrutinize cap-and-trade and the “green economy,” the Common Resources program will largely focus on the following issues: