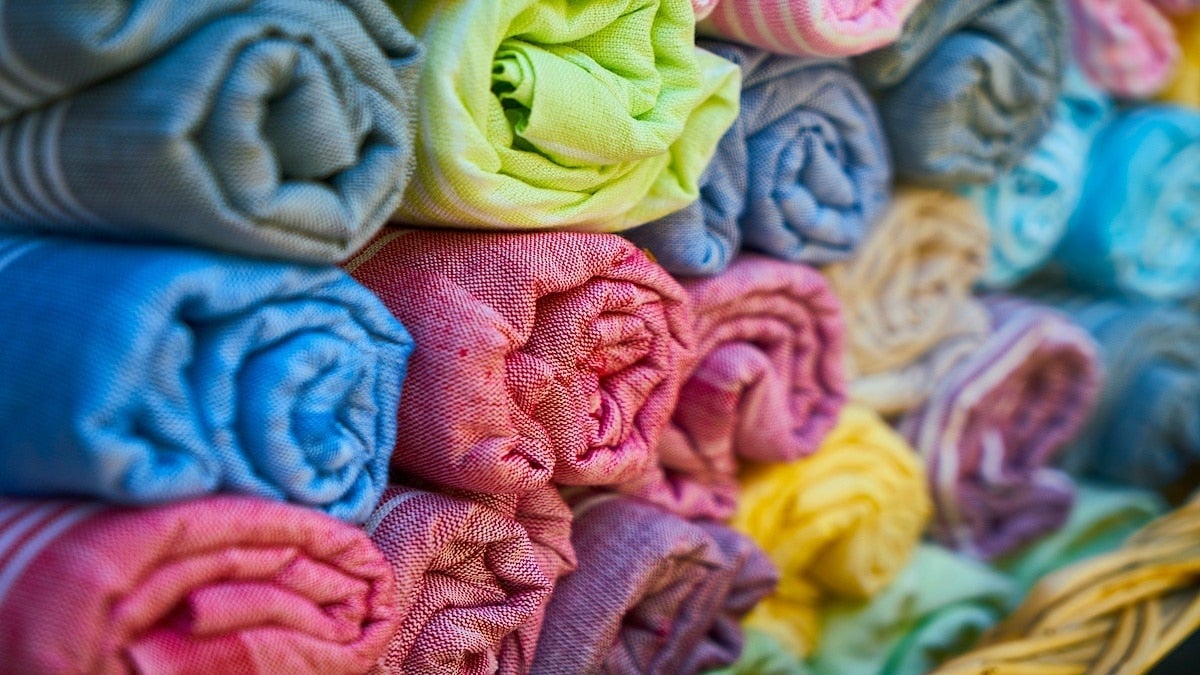 The modern global textile and fashion industries rely on many chemical dyes to create patterns and colors, but these often produce toxic wastewater. Engin Akyurt / Pixabay

Fast fashion has been called the second dirtiest industry in the world, next to big oil, and how we color our clothes is a large part of the problem. Now, Colorifix, a UK biotech company founded by Cambridge University scientists, has developed a new way to dye clothes that doesn’t harm the planet.

Historically, natural dyes extracted from plants and flowers were used to color fabrics. The production of modern chemical dyes uses more than 8,000 chemicals, solvents and additives to create different colors and effects on fabrics, reported Pure Earth and CNN. Many, like sulfur, arsenic and formaldehyde, are harmful to wildlife and humans, and end up in industrial wastewater from the dye production process, reported CNN.

In less developed Asian countries, where a large share of today’s clothes is produced, weak regulations and/or enforcement allow textile manufacturers to dump toxic substances directly into local waterways, reported CNN. This has caused the dyeing industry to become one of the most environmentally harmful in the world. In fact, according to the UN Environment Program, around 20% of global wastewater is generated during textile dyeing and processing.

“When we realized that so much of the pollution comes from something as simple as putting color into our clothes, we thought ‘there has to be a better way,'” Colorifix’s CEO Orr Yarkoni told CNN.

According to Yarkoni, Colorifix’s new method uses biotechnology and bacteria to eliminate the need for toxic chemicals and claims its processes use 90% less water and up to 40% less energy than conventional dyeing, reported CNN.

Unlike with natural dyeing, Colorifix pigments are not derived straight or extracted from plants or animals. And, unlike with chemical dyeing, they don’t use anything hazardous in the process, explained Yarkoni in a CNN video.

Instead, Colorifix “copies nature’s processes in a lab setting, by replicating the ‘DNA message’ that codes for color in an organism,” according to CNN. This tricks the genetically-modified bacteria to create and fill up with those exact same colors.

Yarkoni’s team then duplicates the dyed bacterial cells in a fermenting machine, feeding them sugar molasses and nitrogen — byproducts from the agricultural industry, LA BioTech reported. The cells duplicate themselves every 25 minutes. The fermentation process which duplicates the bacteria is similar to beer, but instead of making alcohol, Colorifix makes pigments, CNN reported.

In an industry-first, the dyed bacteria are then applied onto the fabric directly and heated until they burst, releasing their dye onto the fabric, LA BioTech reported. The cell membranes then wash off but the color stays.

This new way of applying dyes to fabrics is more efficient and environmentally-beneficial because it removes the middle step of isolating dyes from microbes and applying them to textiles, which is water- and chemical-intensive, Colorifix told CNN.

Rather than shipping large amounts of dye, Colorifix can send five grams of color-packed bacteria to a dyehouse, and the microorganisms will multiply within 10 days to the point where the factory can produce 50 tonnes of dye solution a day, according to CNN.

Competitor PILI, a French startup creating ready-to-use dyes from plant sugars and microbes, critiqued Colorifix’s “grow your own” approach to dyeing because dyehouses will need to buy fermenting equipment and receive training on the process, CNN reported. These hurdles could create resistance to making the switch to sustainable dyes, Pili claimed, CNN reported. Other industry experts worried about the regulatory issues surrounding the transport of live microbes safely.

Colorifix has been hugely successful and received backing from Swedish fashion giant H&M. Colorifix has more customers than it can handle, and launched its first industrial trial at a Portuguese dyehouse last month, CNN reported.

“I truly believe that in the future, a very large proportion of our industry — if not all of it — will be based on these biological principles,” Yarkoni told CNN.