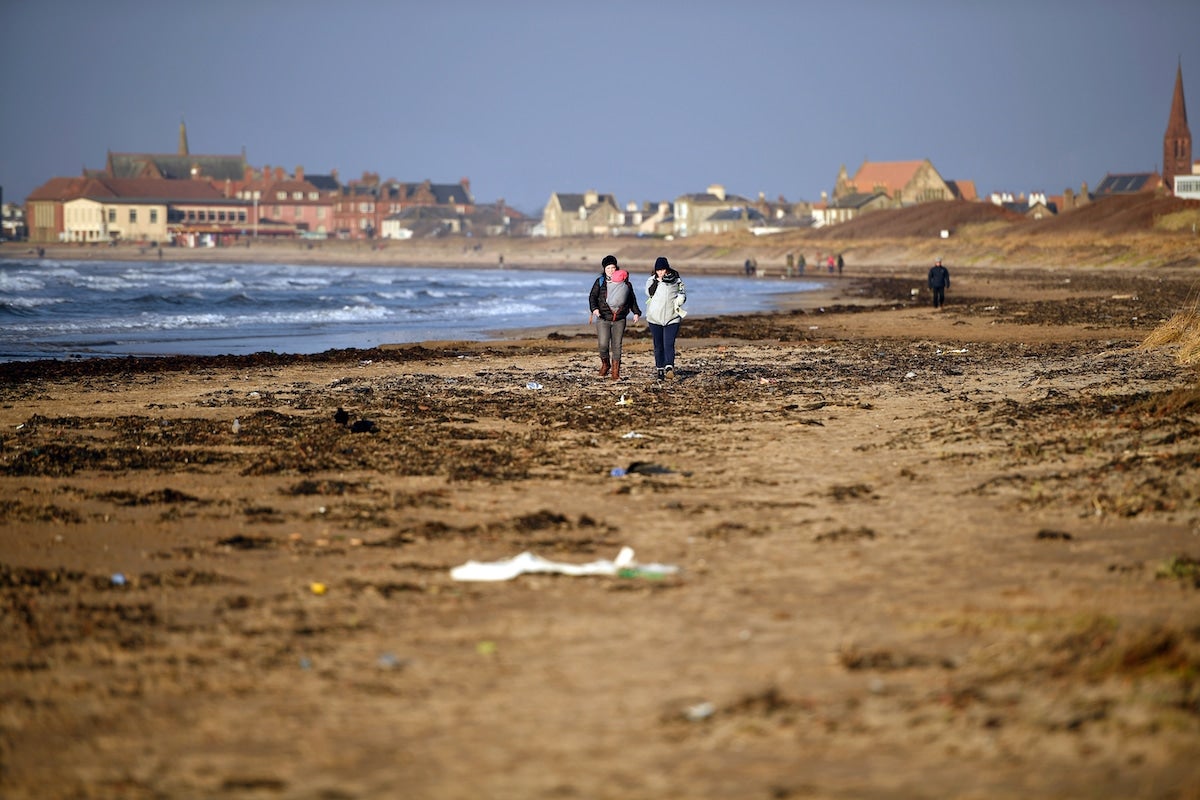 Could plastic pollution make you sick?

A new study published in Marine Pollution Bulletin found that it might. A research team from the University of Stirling in Scotland found that harmful bacteria including E. coli had colonized sewage waste like wet wipes that washed up on beaches in the area.

“We all know that sewage waste on our beaches is unsightly, but it could also be a risk to public health,” research leader professor Richard Quilliam said in a university press release.

There is a growing problem of plastic pollution ending up in the marine environment via wastewater treatment plants, explained the study, “Sewage-associated plastic waste washed up on beaches can act as a reservoir for faecal bacteria, potential human pathogens, and genes for antimicrobial resistance.” Usually, the sewage litter consists of wet wipes, cotton buds and sanitary products and is made entirely or partially from plastic polymers like polyethylene terephthalate, polypropylene and polyethylene.

The flushing of wet wipes down the toilet is a major problem worldwide. They can block sewage pipes and therefore increase the risk of spills. The UK invented the term “fatberg” to define the buildup of wet wipes and cooking grease in the sewage system, and one fatberg in London was estimated to be as big as a double-decker bus, according to Bloomberg. When sewage systems do overflow, the waste can wash up on beaches, where it is an eyesore that can disgust locals and deter tourists. But does it actually threaten the health of beach-goers?

To find out, the University of Stirling researchers sampled 10 beaches along the Firth of Forth estuary, including swimming areas Abderdour Silver Sands and Portobello, BBC News reported.

“[T]he volume of waste we are seeing is shocking,” Quilliam said in the press release. “We expected to collect a few wet wipes everywhere, but the team came back with bags of them.”

The researchers tested the waste for E. coli and intestinal enterococci (IE), bacteria known as faecal indicator organisms (FIOs), according to the study. They also tested for a species of a bacteria called vibrio, the press release explained. Strains of this bacteria have been known to cause stomach ailments.

What they found was that the bacteria was more prevalent on the plastic waste than on parts of the surrounding environment like seaweed, according to the study. Further, some of the bacteria strains found on the plastic were resistant to antibiotics. The researchers can’t yet say how much of a risk this poses, but it’s possible other bacteria are ending up on the plastics as well.

“Finding faecal bacteria could also indicate the possibility of other human pathogens such as norovirus, rotavirus, or salmonella,” lead author and Ph.D. researcher Rebecca Metcalf said in the press release. “The extent to which people could be exposed to these pathogens is beyond the scope of our study, but obviously there’s always a risk of children picking up and playing with wet wipes or other plastic waste on the beach.”

Another concern about disease spread and plastic waste is the amount of pandemic-related litter that has been observed in the environment since 2020. However, the researchers did not find any obvious COVID-19 litter like face masks. That said, the pandemic has only made the wet wipe problem worse.

“The demand for wet wipes has increased as a result of the COVID-19 pandemic,” the study authors wrote, “therefore, now more than ever, there is an urgent need for greater investment in public awareness programmes to eliminate wet wipes entering sewerage systems.”