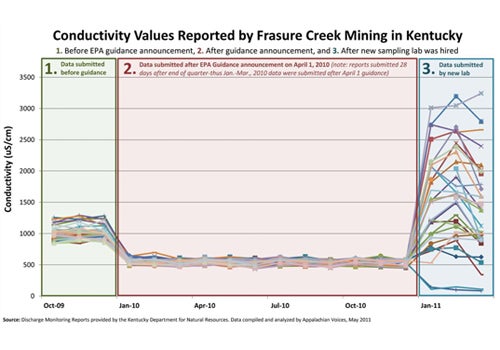 A coalition of citizens’ groups hoping to protect Kentucky’s waters filed objections today to a proposed settlement between Kentucky’s Energy and Environment Cabinet and one of the state’s largest coal mining companies, Frasure Creek Mining. The agreement purports to resolve hundreds of water pollution violations from 2011 and 2012 at all of Frasure Creek’s mines across eastern Kentucky, but the groups say that the agreement will not fix the pollution problems. 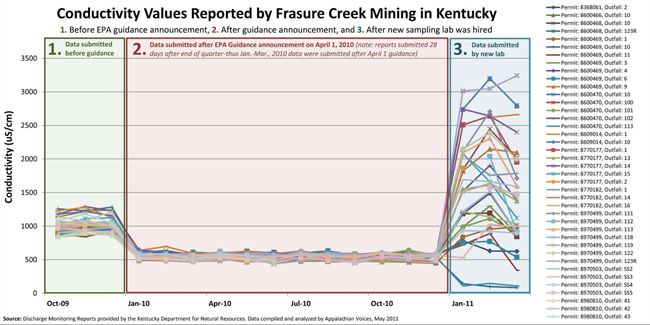 “We are full parties to this enforcement action yet we had no say in it whatsoever,” said Peter Harrison of Waterkeeper Alliance. “Our names are at the top of the document as though we agreed to it, but it was crafted entirely behind closed doors without us. This is an end-run around citizens’ rights to due process. The cabinet continues to make every effort to exclude citizens and aid those who choose to dump poisonous chemicals into our water supply.”

The citizens’ groups—Appalachian Voices, Kentuckians for the Commonwealth, Kentucky Riverkeeper, Waterkeeper Alliance and several individual citizens—are represented by Mary Cromer of the Appalachian Citizens’ Law Center (Whitesburg), Lauren Waterworth of Waterworth Law Office (Boone, NC) and the Pace Law School Environmental Litigation Clinic (White Plains, NY). The groups’ members are concerned that the agreement is too lenient and will not ensure that Frasure Creek will clean up its pollution problems.

Approval of this Agreed Order would not appropriately penalize Frasure Creek or deter future violations, but instead it punishes the citizens of Kentucky. The Agreed Order sends a message to Frasure Creek and other coal companies that they can come into Kentucky, enjoy a near amnesty from state and federal environmental regulation, plunder the state’s natural resources, annihilate mountains and destroy rivers and streams, endanger the lives of the people living downstream, all before leaving without being held accountable for the destruction they have wrought. To enter the Agreed Order would be to endorse this shameful scam.

“It is the cabinet’s responsibility to ensure that Kentucky has safe water, not to get in bed with the companies it is supposed to regulate,” said Pat Banks, Kentucky Riverkeeper. “If these foreign companies get a slap on the wrist for the hundreds of times they broke the law, then they’ll just smile, write a little check and do it again as soon as nobody is watching.”

Frasure Creek has made numerous statements indicating that it was in financial trouble and unable to pay penalties in another settlement, but has failed to substantiate these claims and the cabinet has failed to require them to do so. Frasure Creek is owned by Essar Group, an India-based multinational conglomerate that made $15 billion last year, and projects to double its profits over the next year.

Claiming concern that Frasure Creek will declare bankruptcy and abandon unreclaimed mines, the state has agreed to waive $440,000 of the total $660,000 penalty if certain conditions are met. If Frasure Creek abandons unreclaimed mines, the bonds would be used to cover the cost of reclamation; however, the federal Office of Surface Mining has found that Kentucky does not set bond amounts high enough to cover the cost of reclamation at most mines.

“How does letting Frasure Creek off the hook for $440,000 do anything to ensure that it will reclaim its mines when it already has $54 million in bonds to cover their reclamation?” Eric Chance, water quality specialist for Appalachian Voices asks. “Given OSM’s finding that many bonds in Kentucky are insufficient for reclamation, we are concerned that Frasure Creek is purposefully using the threat of bond forfeiture to leverage a lower penalty.”

In 2010, the same citizens’ groups began a legal action against Frasure Creek for submitting blatantly false water monitoring reports. Prior to that legal action, Frasure Creek never acknowledged having pollution problems like the ones at issue here.